The Times of London finds commenters are most valuable visitors 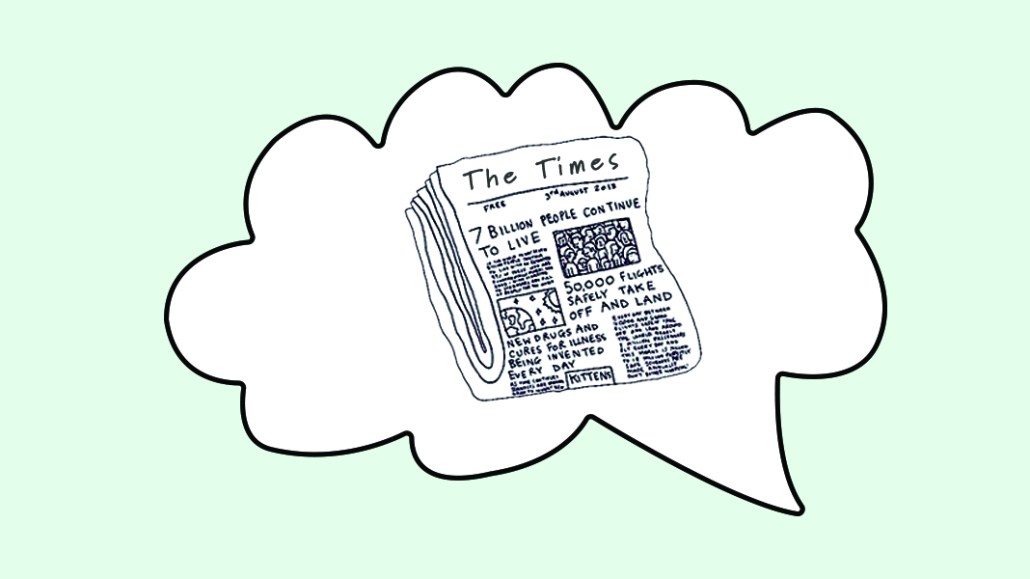 To start putting a value on those who engage with its platform, The Times of London analyzed comments on its website from May 2016 to April 2017. The News UK title found that those who comment, which amount to about 4 percent of its subscribers, read three times as many articles as those who don’t comment.

“We’re massively striving to get readers to use their subscription more frequently and drive habitual behavior,” said Ben Whitelaw, head of audience development at the Times and The Sunday Times.

Eventually, further research will help connect commenter behavior to where commenters are in the subscriber life cycle, which will help the Times reduce churn rates. “When we start putting a value on these people, then we can weigh up what weapons we have to engage them,” said Whitelaw, “but we need that data first.”

The majority of the most commented articles are about Brexit and can fetch about 2,000 comments, some of which are 400 words long, but the publisher also sees comment spikes on exclusive content and analysis of U.S. politics, such as the Times’ interview with Donald Trump in January.

“[The value in comments] is where there are multiple views and ideas being challenged, and experts — journalists or readers — get involved in the debate and add something to improve what’s above the line,” Whitelaw said. “We think it’s a clear point of difference and can drive business results.”

To free up resources, the Times switched in November 2016 to moderating comments after they had been published, rather than before. The switch allowed appropriate comments to appear on the site faster, said Whitelaw. Since then, the total number of comments has increased by 25 percent, although the number of commenters has remained the same. Comments on articles covering topics that incite passionate responses and a diverse range of opinion — like immigration, gender or race — are still moderated before publication. Since moving to this system, the Times hasn’t seen an increase in the number of comments it removes for breaching its terms of participation.

The Times’ audience development team has seven people. Five of them, rotating on a daily basis, are responsible for monitoring comment threads, steering conversations away from more contentious issues or involving journalists. They also encourage journalists to respond to readers. Whitelaw said the journalists are often happy to get involved because they have written a column on the subject.

For readers, part of the appeal of commenting is access to experts and the Times journalists. “We’re emphasizing to journalists that this is part of their job,” said Whitelaw. “Readers like it, and you can see the benefits in terms of engaging readers and renewing subscriptions.” Politics columnist Danny Finkelstein wrote a book review about one of the men involved in the Libor scandal. The man’s wife wrote a long comment defending him, which was flagged to the author who then replied. Columnist Janice Turner responds to requests for recipes under an article on her new favorite dish.

This is the first time the Times has delved into how comments can affect the bottom line of business, according to Whitelaw. Elsewhere, The New York Times is opening up more articles to comments, but it needs to automate part of the process to manage moderation. The Financial Times has also found those who comment are more engaged.

The Times of London uses social platforms for low-risk community-building experiments, like its Red Box bot newsletter and its Brexit Facebook group. The latter now has more than 1,200 members, up from 150 in April, and attracts a mix of Times subscribers and non-subscribers.

“Commenting is what you see; that’s the tip of iceberg,” Whitelaw said. “But there’s a mass of activity that goes on beneath the surface, which recommendations fuels. Because people only recommend a handful of comments, they pick topics they are most knowledgeable on and spend more time thinking about it. They are like silent Times readers. These could be people we should be gravitating toward or rewarding.”