‘The rankings can change at times like this’: For media, getting beyond triage mode is critical 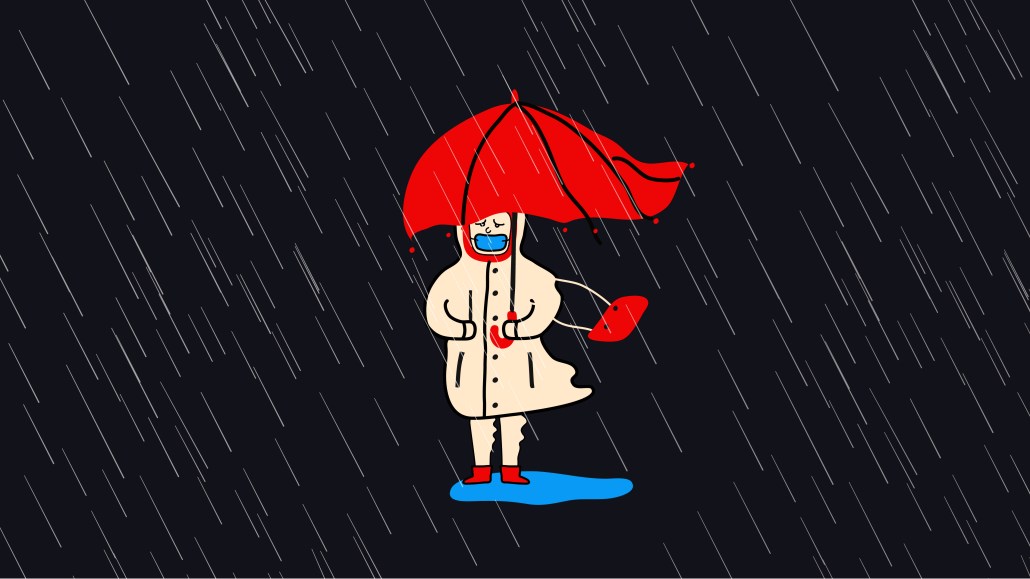 In speaking to media executives, there are two competing impulses at play. The first is what one executive described to me the “corona flush.” This is the opportunity the current crisis affords companies to “flush” bad business decisions. Build a bad business based on flimsy audience engagement growth hacks and programmatic ads? Flush it with the excuse of coronavirus.

The other impulse is the “corona cover,” which is using the current crisis as a way to position a company to not just emerge on the other side intact but stronger and positioned for growth that outpaces their peer class.

“There’s a bunch of people in all the companies who are really stepping it up and making every effort to move forward,” said one exec. “There are a huge number of people still swamped in triage. There’s a psychological impact of that. If your new normal is triage, that’s terrible. You have to see these things as a process and transition. You need to have a forward-looking perspective of what comes next. The rankings can change at times like this. You can move up and down the league table at times of flux in times of great change. There are people who get knocked out in this process.”

Truth be told, many media companies are still in triage mode. The uncertainty of the path ahead is a handy reason to stay in a holding pattern and attend to immediate issues around cutting costs and girding for the long haul. There are a now-dwindling group of executives that see a “V-shaped” recovery in which the lower numbers of hospitalizations and positive coronavirus tests translated into a reopened economy that unleashes pent-up demand. The realist camp sees a long slog with a halting economy opening in fits and starts, marked by bruised consumer psychology — getting on an airplane and staying at a hotel are going to be treated as akin to riding a motorcycle down a highway without a helmet — holding back spending. Disrupted supply chains will take a long time to get sorted. Unemployment will remain at shocking numbers through the end of the year. And on top of all that, nobody knows if the virus will return later in the year, or if there will be more immediate outbreaks.

“There’s some people who haven’t come to the realization yet that things in the fall won’t be back to normal,” said a second exec.

In such a situation, the impulse can be to operate day by day, week by week. But that can be an error as long term strategy can take a backseat. The first executive I spoke to talked of setting a “perimeter” to protect the business and the people. That is sensible. A perimeter, however, also needs to be put up around the messy triage business of cutting costs and inevitably people.

“We didn’t let triage mode get down into the sales team and the rest of the organization,” a media exec told me. Added another: “I’m not sure how long you can do nothing for. I don’t see how long you can hunker down. Finding ways to stay present [in the market] is key for everyone. The worst thing you can do is pretend nothing happened.”

Corona cover can come in many forms. The most obvious is using groundwork laid already to accelerate shifting a business to steadier ground. Take subscriptions. Now is hardly the time to pivot to paid. But now is very much the time to accelerate a shifting business model to direct reader revenue. Evelyn Webster, CEO of The Guardian U.S., told me their business was 80 percent ads three years ago. Now it’s nearing 50/50. Just in the past month, The Guardian has seen a “significant increase” — she wouldn’t say a specific number however much as I cajoled — in reader contributions.

This story is playing out among publishers large and small — and with paywall strategies and contribution approaches. At a Digiday+ Talk this week, The Daily Beast CRO Mia Libby detailed how that midsize publisher has used the dislocation of the ad market to move stronger into memberships even as it made more of its coronavirus content freely available. There are signs of the so-called corona bump wearing off. This is inevitable as what we still call a crisis becomes simply the environment.

Corona cover can also allow businesses to make the kind of painful changes needed more palatable. For instance, offices will be closed that should have been closed anyway. The cover of coronavirus and “protecting the perimeter” can be deployed. Businesses always use downturns to take a scalpel to areas of flab. “These times have always been times you can clean house under cover of an external event,” the executive said.