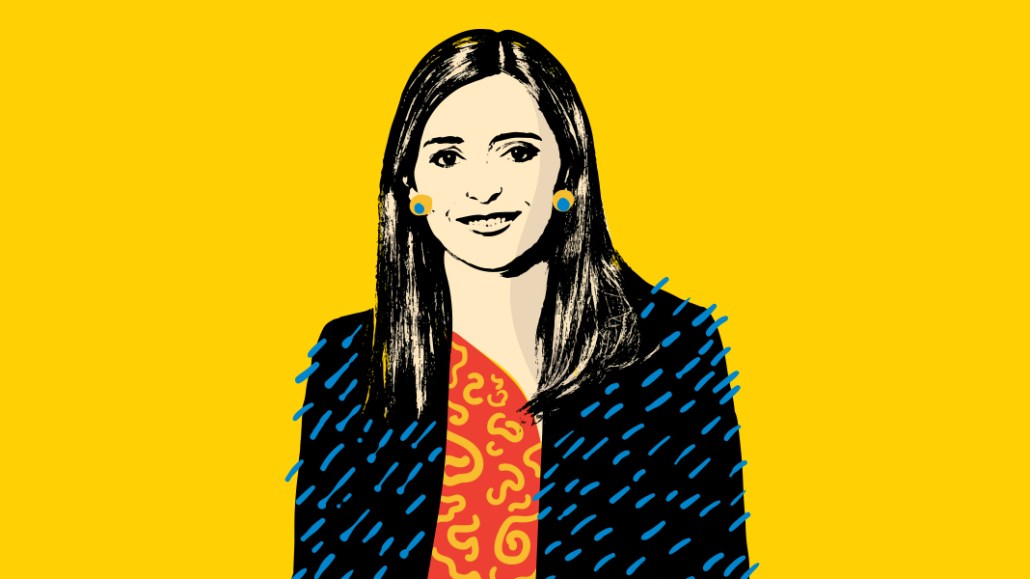 On a recent Sunday, Sarah Harden was eating pizza with her kids while exchanging emails with actress Reese Witherspoon. “Can I call you? I’ve got a surprise,” Harden wrote to Witherspoon. Once on the phone, she broke the news to the Oscar winner: AT&T had agreed to fund a summer camp for Witherspoon’s media company, Hello Sunshine, to teach filmmaking to 20 teen girls. Harden remembers an emotional Witherspoon telling her, “This is exactly the sort of thing I’ve been wanting to do.”

Hello Sunshine, a company that specializes in empowering and relatable stories for and by women, was just the sort of company Harden had wanted to run, too.

As president of Otter Media, a joint venture between AT&T and The Chernin Group that comprises several digital media and entertainment companies, Harden spent years searching for a female-focused, video-led media company. She helped Otter Media-owned Fullscreen acquire Rooster Teeth — a digital video studio that produces original shows, operates a direct-to-consumer subscription service and hosts its own live events — and was determined to find its women-focused counterpart, well before the #MeToo and #TimesUp movements underscored the need for one.

Harden, 46, found what she was looking for in 2016, when she met Witherspoon, who was searching for an investor. Harden may not have known she would become Hello Sunshine’s CEO, but in that first meeting, she was already playing the part.

“[Witherspoon] had a fully formed vision for what was called Sunshine at that point,” recalls Harden, whose easygoing Aussie accent can belie her intensity. “She started to talk, and I was like, ‘Yes. Yes, yes, yes. And here’s what we would do first, and here’s the first four people we’d hire, and here’s the economics.’”

After that meeting, Otter Media invested in Witherspoon’s company, which launched as Hello Sunshine in November 2016. In June 2017, Harden became its interim CEO, thinking it would be a six-month gig. It became a permanent position in January 2018, in what Harden saw as a “once-in-a-lifetime opportunity.”

With Harden at the helm, Hello Sunshine has expanded at an ambitious pace. The company is already a producer on HBO’s Witherspoon-starring, Emmy Award-winning “Big Little Lies,” and it has sold shows to Apple, including one starring Witherspoon and Jennifer Aniston, and a series to Hulu that will star Witherspoon and Kerry Washington. Hello Sunshine also has two films in the works. The company premiered its first podcast, “How It Is,” in April. It’s getting into sponsored content and plans to enter the live events business this year.

“We have an urgency about everything we’re doing,” Harden says. “It feels like the time is now, and our mission’s worthy of our urgency.”

Deep bench
With fewer than two dozen employees, Hello Sunshine may seem to be stretching itself thin. But that would ignore the depth of its roster. Lauren Levy Neustadter, who runs the film and TV division, was svp of programming at Fox Television and vp of production at 20th Century Fox. Charlotte Koh, who runs digital for Hello Sunshine, worked at Fox Searchlight Pictures and Marvel Studios before overseeing originals at Hulu and GoPro and running video at The Huffington Post. Rachel Spiegelman, who was just hired to oversee the branded content studio, spent time on theatrical marketing at Fox, then rose through the ranks of ad agency Pitch to become its CEO. And then there’s Witherspoon and Harden.

“Someone asked me last year, ‘How long has it been since you’ve been building the company?’ Harden says. “One answer is, Reese has been building this company for 20 years. Hello Sunshine is an extension of what she has been doing as an actor and a producer, and I have been building my skill sets to get to this point.”

“There probably isn’t someone out there who has more experience around digital video, subscription models, ad models and niche audiences than Sarah,” says Eunice Shin, managing director of Manatt Digital.

Experience like that is handy in today’s climate, when media companies have to reach audiences across all kinds of channels and operate multiple revenue streams, including a direct one. Originally from Geelong, Australia, Harden graduated from Harvard Business School and has spent the past two decades working with traditional and digital media companies on strategy and development.

“She is one of the smartest execs in media today,” says Chris Jacquemin, partner and head of digital media at talent agency WME. “She has as clear an idea where the business is going as anyone I know and a good sense of how to approach building a media company that can be positioned for that future. If you are starting a media company, having a CEO who can manage a [profit and loss statement] while also executing against a plan they built out is priceless.”

Harden worked in a similar cross-disciplinary environment when she moved to Otter Media shortly after it formed in 2014. Otter Media was ultimately a holding company, so her primary function was to help the CEOs and manage the venture, working with The Chernin Group and AT&T, says Fullscreen CEO George Strompolos.

Now at Hello Sunshine, Harden oversees a startup that already spans film, TV, direct-to-consumer digital media, podcasts, branded content and live events. “She embraces the complexity and is able to operate in environments that are ambiguous,” Jacobs says.

Telling stories
As multifaceted as Hello Sunshine’s business is, it has a core that’s plain to anyone who’s visited its office in Santa Monica, California, where the wall behind the office’s lobby is covered in quotes and writing from Pulitzer Prize winners like Gwendolyn Brooks, celebrities like Oprah Winfrey and fictional characters like, of course, Witherspoon’s own Elle Woods.

The message is that, despite Hello Sunshine’s breadth, everything the company produces is rooted in the written word, just as its initial productions are adaptations of published books, such as Celeste Ng’s “Little Fires Everywhere.” There’s even a book club that Witherspoon informally formed on Instagram and Twitter using the hashtag #RWBookClub. “When I came in, in June, I was like, ‘This could be a real tentpole part of the company and the brand,’” Harden says of the book club. Regardless of platform, storytelling is the foundation of the work Hello Sunshine produces today.

“The fact that we can tell stories across all platforms is extraordinary,” Neustadter says. “When we read a book, if it’s not something that feels like it should be a TV show or movie, maybe it feels like the springboard for a podcast, we can do it.”

Multiple revenue streams
In addition to uniting Hello Sunshine creatively, the cross-channel strategy serves the company financially by diversifying its revenue so that it’s not dependent on a reach-driven display ad model. “The model for these companies is four or five revenue streams,” Hardens says. “It’s not based on display advertising. There’s not a single display advertising dollar in our plan. Premium film and TV revenues. Direct-to-consumer revenues.”

Thanks to Witherspoon and Neustadter, Hello Sunshine has shown it can sell shows to the likes of HBO, Apple and Hulu. When pitching shows, it helps to have a built-in audience to sell. That’s one reason the company hired Koh last August to build its digital footprint through its site, email newsletter, podcasts and accounts on Facebook, YouTube, Twitter and Instagram.

That digital content takes various forms to meet the audience at different points in the day, whether it’s an episode of “How It Is,” an episode of “Handmade*Mostly” on YouTube or the future scripted drama on Apple TV starring Witherspoon and Aniston. Later this year, that audience may be more willing to pay to attend a Hello Sunshine-hosted live event as Harden looks to test how well the company has done establishing an audience.