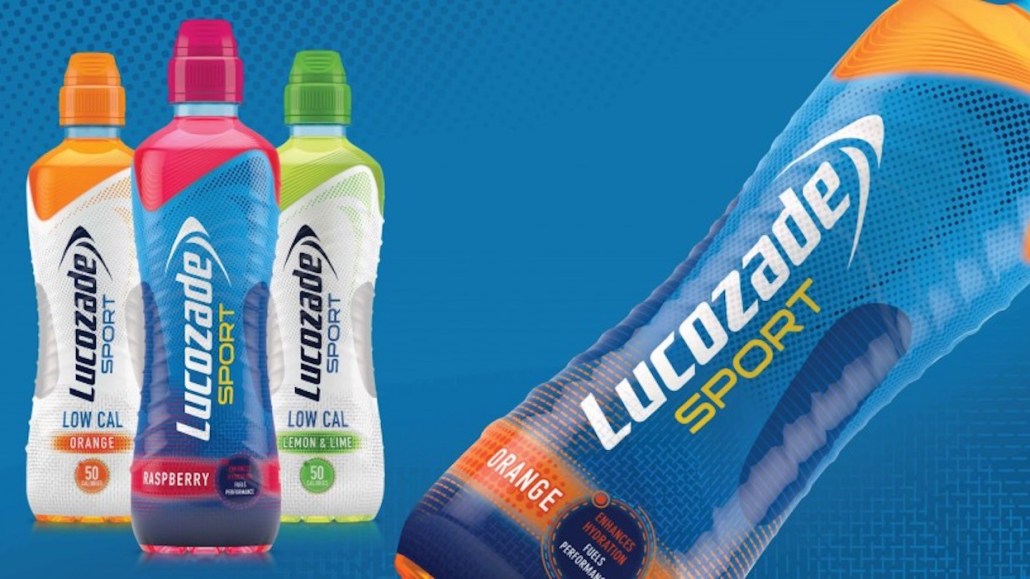 Ad agencies’ existential crisis isn’t subsiding anytime soon, as Lucozade Ribena Suntory becomes the latest advertiser to create its own ads. The soft-drink maker says its own in-house creative team won’t replace its agencies anytime soon, but it’s taking on much of what they used to do.

LRS plans, creates and launches half of its U.K. ads using TED (tech, entertainment and design), the creative team it assembled last July. Now, the company is considering having the same team purchase its display and social media.

A large part of the company’s £50 million ($67.3 million) ad budget goes to TV, outdoor and sampling, which is why TED has found itself trying to outdo its creative teams. “Having strong creative partners like Grey and JWT really help us, but at the same time, we look at them and think, ‘How can we beat them?’” he said.

TED plans to spend the next 18 months experimenting with marketing and sales data to better understand the efficacy of its ads, said Oakley, something an agency couldn’t do. For example, TED plans to do small A/B tests that mix live point-of-sale data, supply-chain information and geotargeted media by region to see which creative works best.

“An agency can be heavily involved in delivering great value upfront, but they don’t always get close to what’s going to be executed on the shop floor, for example,” he said. “Our team, however, can, and so they’re thinking about those cases from day one.”

It took six months for the creative team to build trust among LRS’s marketing teams, but now they come to TED directly. “They were saying, ‘Why would we go to our agencies when you guys understand our brands better?’” Oakley said.

Feedback like that has given TED’s marketers the confidence to pursue the other half of LRS’s ads in the U.K. it doesn’t already produce, as well as other marketing work.

Other marketers are going this route. Unilever has taken more of its creative production in-house over the last 12 months, while a recent ISBA study found that nearly half (44 percent) of advertisers want to erect their own in-house ad team.

Cost savings is one benefit. Oakley would not disclose how much LRS has saved by using TED but said the team has freed up money for additional marketing, such as a sampling campaign that gave out bottles of Lucozade Energy to 10 million people earlier this year.

But the TED team isn’t just a way to cut costs. The company hasn’t cut its annual ads and promotion budget; it’s just changed how it spends it. “We’re coming up with ideas in-house that are as good as our agencies — often better — because we’re working with the brand teams every day versus the ad hoc or project-by-project way an agency would work with them,” Oakley said.

It sounds like the stuff of nightmares for agencies, but Oakley insists TED isn’t out to replace LRS’s agencies, rather freeing them up to focus on its broader marketing strategy.