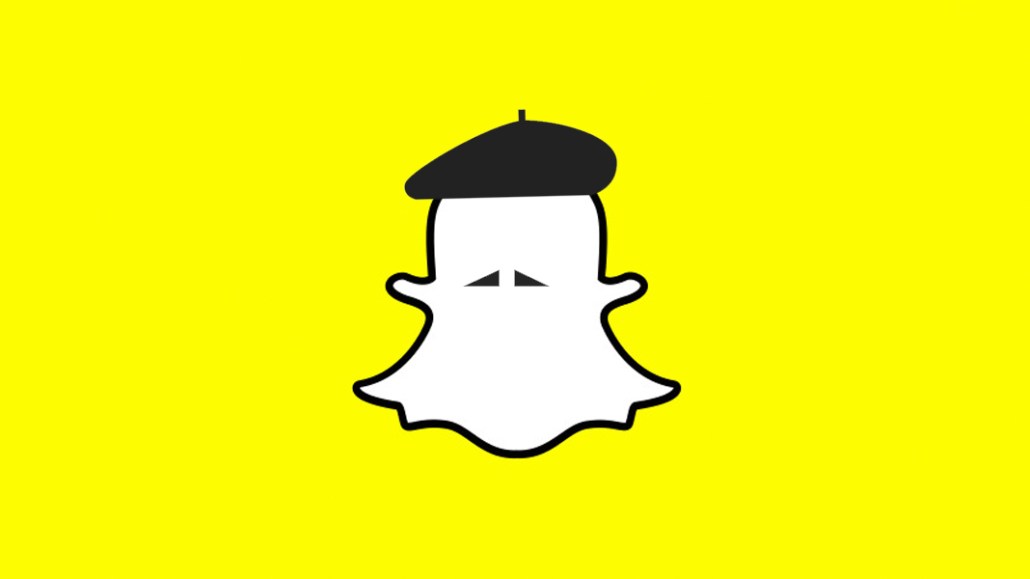 This weekend, four more publishers in France — Vogue, MTV, L’Express and Society — are joining Snapchat Discover, increasing the number of media partners there from eight to 12.

Until now, all eight French Discover partners have published daily stories. Of the new slate, MTV will publish daily editions, L’Express will publish a weekly edition covering news and current affairs every Friday, and Society will publish an edition featuring several long-form articles every Sunday. Vogue will publish editions every Saturday, Tuesday and Thursday.

This is the first initiative from Condé Nast International to pool the efforts of the group’s titles on a cross-country scale since it centralized its digital editorial efforts in October.

“We were keen to ensure that the Snapchat team doesn’t operate in a silo,” said Sarah Marshall, growth editor at Vogue International. The editorial is driven by the Vogue Paris team, including a dedicated Snapchat Editor, who will pitch stories and provide designs which are mostly exclusive to Snapchat, like an exclusive video with Gigi Hadid. The Snapchat team of six in London then produces the top snaps and long-form content in tight collaboration with the Paris team, as well as timely and breaking news, ensuring a coherent edition of Vogue Paris.

Society, a twice-monthly print magazine that specializes in long-form journalism on topics like art, sports and economics, is building a core team of five motion designers to create Snapchat content, but anyone from the 20-person editorial team can pitch Snapchat stories.

One recent article follows a group of Italian anti-fascist boxers. Brieux Férot, head of development at Society parent company So Press, said a long-form article in the magazine like that one could feature eight different characters, but for Discover, it would focus on just one of them. Each weekly edition will likely feature two or three of Society’s stories.

In December, Snap announced there were 8 million daily Snapchat users in France, 75 percent of whom are over 18. The app has 11 million monthly unique users in France (out of an internet population of 60 million in the country), according to French measurement company Médiamétrie. Snap said Snapchat Discover has doubled since December, and time spent within Discover has more than tripled.

“The user engagement within Snapchat is unique, as is the quality of their advertising experience, which is why we are very optimistic that Vogue on Snapchat Discover will become a highly profitable channel in the medium term,” said Wolfgang Blau, chief digital officer of Condé Nast International.

Discover partners have said Snapchat is still an investment — and some major French publishers have taken a pass. After speaking with several French Discover partners about their investment and revenue, top newspaper Le Figaro refrained from joining Discover this year, but it said that could change down the line.

“You’re not totally sure you’ll get your money back because you don’t really control the revenue,” said Bertrand Gié, head of new media at Le Figaro. “In France, we say, ‘You’re not able to follow many hares.’ We have to focus.”

For many, including Society’s Férot, this is not an issue. “We know that’s part of the deal with working with a global tech startup like Snapchat,” he said, “and we trust them.”

https://digiday.com/?p=243831
Most Read
Trending in Publishing in the Platform Era
Digiday Top Stories