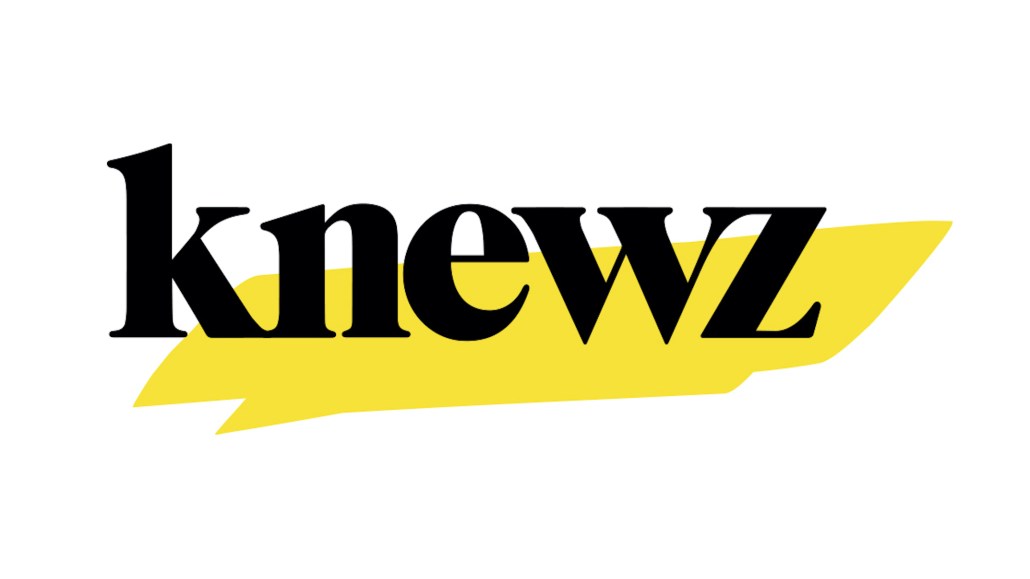 Knewz uses a mix of human curation and “artificial intelligence” to present stories from around 400 sources. Knewz features articles from a range of competitors with different political leanings — such as The Hill, HuffPost, Bloomberg News — plus a range of local news outlets. It also features News Corp titles, including The New York Post and The Wall Street Journal. (Disclosure: The author worked at The Wall Street Journal from 2017 to 2019.)

Knewz’s stated aim is to stand out from other aggregators by offering up the day’s headlines free of “bias bubbles,” where readers can often be presented with stories from just a small handful of national news sources. It also offers a section called “Knewz Stories,” featuring longer aggregated stories written by in-house staff, which link to other sites and carry programmatic display ads delivered by third-party ad tech companies including Google and Criteo.

In addition to Kotch, Knewz currently has two full-time editors, one full-time staffer working on marketing and audience development and another dedicated project manager. Knewz is also in the process of adding another two extra members to the editorial team. Aside from its dedicated staff, Knewz also uses editors from News Corp’s Storyful unit and receives support from News Corp’s wider product, design, tech, sales and executive teams. A third-party technology firm provides its story-selecting AI that trawls through the day’s headlines looking for the most appropriate stories for the editors to feature.

According to Comscore, Knewz.com’s total unique monthly visitors hovered between the 1 million and 1.7 million mark between February and May. News Corp provided a Google Analytics chart indicating the site’s monthly uniques grew from just over 900,000 in February to just over 4.9 million in June. That number is “significantly above” where Kotch thought Knewz would be at this stage, he said.

“Looking at the growth we’ve had, I think we will be a decent-sized competitor and alternative to the bigger players out there,” Kotch added.

The Knewz app has been downloaded 28,100 times to date, according to app analytics firm Sensor Tower. The overwhelming majority of those downloads occurred in February (13,300) and March (10,700,) followed by a steep decline in installs, per Sensor Tower’s data. Kotch describes the app’s audience as “small, but loyal.”

Early analysis of its “news junkie” audience suggests a fairly even split between men and women who have a strong interest in politics, though it’s not clear in which ideological direction they tend to lean in yet, Kotch said.

Knewz is entering a crowded field, dominated by tech giants such as Google News and Apple News. Facebook also recently launched a news tab in the U.S. Other news aggregators such as Drudge Report, Axel Springer’s Upday, Flipboard and SmartNews also drive a considerable amount of referral traffic to publishers.

Knewz isn’t sending much traffic to publishers yet, according to Chartbeat analysis of more than 3,500 of websites around the world by Chartbeat’s head of data science, Bonnie Ray. Since its launch in January until July 15, Knewz drove just 0.0000079% of pageviews to those sites and engaged time was just 0.0000083%, though those percentages have grown over time. By comparison, the largest referrers of traffic, Google Search and Facebook, drove 42% and 21% of pageviews respectively. Specific to the aggregator space, Google Chrome Suggestions drove 2% of pageviews, Flipboard 0.83% and SmartNews 0.65%, according to Chartbeat’s analysis.

Knewz’s plans for the immediate months ahead include driving audience growth, boosting awareness of the app and refining the product, but there are plans to pursue revenue later down the road.

“We do want to make money, I’m confident we will make money,” said Kotch. “We are working on different advertiser and partner solutions right now that are still in the development phase.”

As it stands, Knewz is positioned in a difficult middle between tech platforms that have huge audiences and other aggregators that have carved out subject-specific niches, said Rob Ristagno, CEO of publisher consulting and analytics company Sterling Woods Group

“If it wants to stick around it needs to find a more compelling, distinctive value proposition that’s different from just another news aggregator,” Ristagno added. “‘We try to show all sides to the story’ — lots of people are trying to do that … I applaud what they try to get at, but I just don’t see that as a defendable position.”