Rubicon Project CEO Michael Barrett: ‘We are not for sale’ 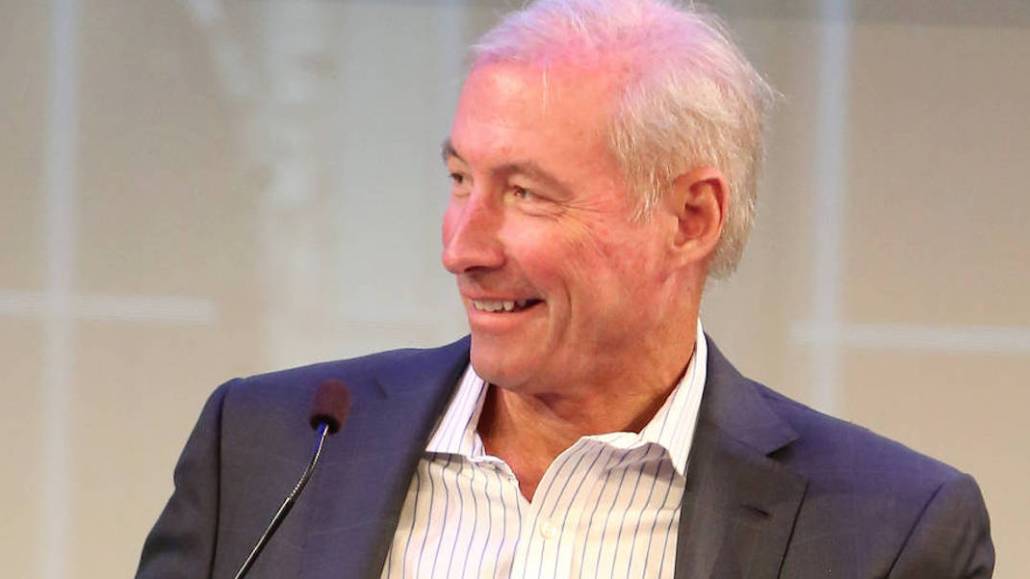 Ad tech firm Rubicon Project has been in the media spotlight over the past few months. Last week, the company appointed Michael Barrett — who is known for cleaning up and selling businesses in the industry — as its new CEO, amid senior executive departures and rumors that it is looking for a potential sale.

“I think it looks crazier for outsiders than what is actually happening here,” Frank Addante, chairman and founder of Rubicon Project, said at the company’s New York office.

Digiday sat down with Addante and Barrett on Thursday to get more clarity on Rubicon Project’s long-term plans and the industry rumors that the company may get rolled up with others like OpenX in a private equity deal. Excerpts below, slightly edited for clarity.

What did you prioritize in your first week as the new CEO of Rubicon Project?
Barrett: It was very much about getting familiar with the business. I met with teams in Los Angeles and New York, and I’m going to London next week. I spent some time learning our clients’ businesses and showing publishers our product roadmap for next year. It was great.

Rubicon Project originally said it would never compete with publishers but came out with the demand-side platform. Then Rubicon jettisoned its DSP and now has come back to the sell side. Can you clarify where the company is headed?
Addante: Yes, we said that we would never compete with publishers and we didn’t. Only 10 percent of the $500 billion advertising market is automated. When we looked at this a few years ago, we asked ourselves how we could bring more dollars into programmatic. While there were many DSPs in the market at the time, we couldn’t rely them alone. So we created our own to help publishers reach that demand.

How did that go?
Addante: By moving to the buy-side we wanted to give publishers additional capability to reach advertisers through the use of data, so we started with ad networks, reinvention of real-time bidding and then creation of DSPs. Then we realized that rather than providing this capability to advertisers directly, it was better for us to do it through partnerships. So we unwound the buy-side business.

Did the move to buy side slow you down in adopting header bidding that is a sell-side technology?
Addante: Yeah, we came out a little late in header bidding. Our clients told us that mobile and video were fast growing while reports showed that desktop display would decline over time, so we made a strategic decision to focus on mobile and video. It’s an interesting yet flawed technology: It slows down your web pages, increases the risk of data leakage and things like that. We didn’t expect header bidding would be adopted so quickly. However, we balanced our resources pretty quickly in 2016 when we signed up 300 customers in header bidding alone.

Barrett: Header bidding is definitely an important change for publishers, but header bidding itself is more of a tactic. To pull it off takes a longer-term strategy.

Rubicon Project positions itself as “an independent global exchange.” But the ad exchange model gets much criticism as it’s simply an aggregated collection of inventory. So what is the future of an ad exchange?
Addante: I’d argue that exchanges are more important than ever before, especially when publishers are competing with Google, Facebook and potentially Pinterest and Snapchat, because ad exchanges provide access to scale, make media buying easier and offer good user experience from an advertising perspective. No single publisher today has the scale of Google and Facebook. Collectively, they have that scale but they cannot invest millions of dollars in technology like Google and Facebook.

But your competitor Pubmatic, for instance, doesn’t even see itself as an ad exchange.
Barrett: To me, it doesn’t matter [laughs]. It’s all semantics: We don’t want to be described as an SSP, while they don’t like to be seen as an exchange. You can call yourself whatever you want.

Talk about Rubicon’s internal structure. Rubicon laid off around 125 employees (around 19 percent of the workforce) last November and saw senior management shakeup recently. What went wrong?
Barrett: I assure you that no one has been laid off in my first four days here. [Laughs.]

Addante: A big driver for that was our exit from the Chango business [a retargeting company]. When we acquired Chango we took on its 150 employees and the infrastructure. In terms of the “management shakeup,” I think in ad tech there are many big titles, just like banks have tons of vps. We had eight departing executives out of 40 svps. This is because when we exited the buy-side business, there was management overhead and we were trying to simplify our internal structure.

Given Michael’s track record AdMeld and Millennial Media, people in the ad tech community think that his appointment is in preparation for a potential sale. Is that the goal?
Addante: If you go back read the headlines four years ago, media said the same thing that we would get acquired by Yahoo.

Barrett: I can understand why people connect those lines if they look at the various positions I have had. AdMeld was a growing startup that happened to be acquired and we did sell Millennial Media. But the plan at Rubicon is that we are going to build it as the largest independent global exchange. We have no intention of being the person who gets gobbled up; we want to be the gobbler.

So Rubicon is not looking for a sale?
Barrett: No.

Interesting, especially as there are industry rumors around the probability of Rubicon Project getting rolled up with companies like OpenX in a private equity deal.
Barrett: No. It’s flattering that our name gets mentioned a lot. If you are a private company and people ask you what is your future, you will probably not go public. So when your investors give you the last check asking what will happen to you, inevitably our name will come up because we have $200 million in cash and we are doing well. Our name will get mentioned every time when someone speculates an acquisition or a roll-up.