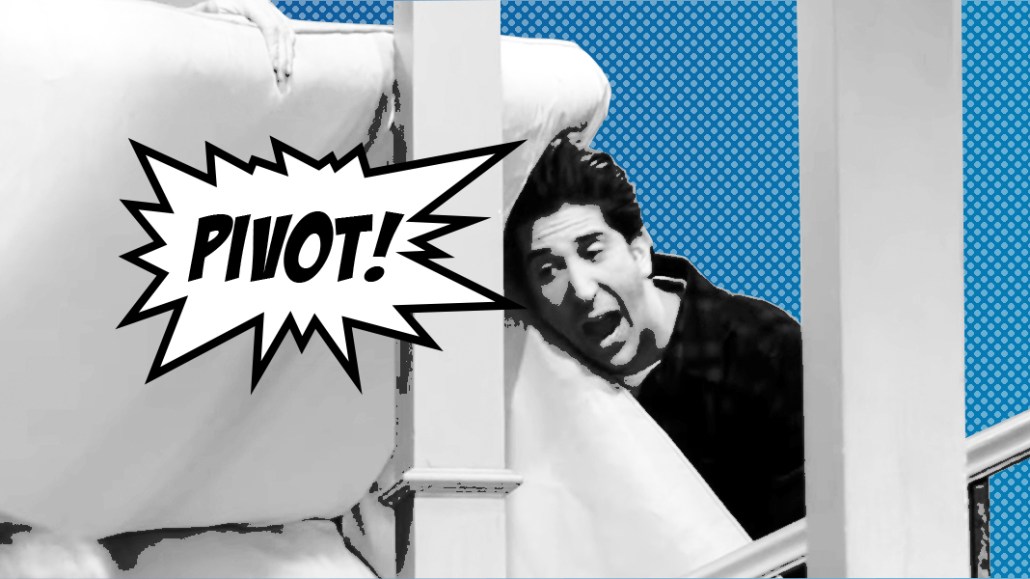 RockYou Media continues to fine-tune its pivot from social gaming to digital publishing.

The 13-year-old company has been attempting to make the shift over the past few years, but its efforts really began to take shape in November 2017 when it launched Vocally, a digital publication for multicultural millennial women that RockYou Media CEO Lisa Marino described at the time as the company’s “first non-game proof point in a business model we have spent the last three years developing and scaling.”

However, seven months after RockYou Media debuted Vocally, the company decided in June to pause publishing to it.  The decision to put Vocally on hold not only coincides with the company’s resurrection of social news publisher LittleThings in April and acquisition of several Cafe Media sites in June, but it’s also, in part, a consequence of those deals.

“Vocally built an amazing brand, but we weren’t able to get distribution on the Vocally content,” said Maia McCann, editor-in-chief and vp of content at RockYou Media, who joined the company through its acquisition of LittleThings, which had shut down in February following Facebook’s January algorithm change. ComScore was not able to provide monthly traffic numbers for Vocally because the figures did not meet the research firm’s minimum threshold for measurement.

RockYou Media hasn’t given up on Vocally, though. It’s just no longer the only publication in the company’s portfolio aimed at millennial women after acquiring Cafe Media’s Revelist. That site specializes in beauty and fashion content and appeals to the same millennial female audience as Vocally, but it attracts more of them, having received 1.7 million U.S. unique visitors in June, per comScore. Instead of shutting down Vocally altogether, RockYou Media plans to relaunch it likely sometime next year after develop an editorial strategy for the publication to differentiate it from Revelist. “We’re truly pausing it, and the idea is to come up with a strategy that has a podcast as part of the relaunch and then start creating content from there,” said McCann.

Vocally isn’t the only publication that RockYou Media has decided to wind down as it works out its publishing strategy. In late May, the company stopped publishing to its entertainment site, Daily Toast. While McCann described Daily Toast as “an experimental site where we tried different formats and layouts of content,” the shift surprised one of the site’s freelance contributors who asked to remain anonymous. That contributor had previously written for Vocally but had been redirected to write for Daily Toast shortly before RockYou Media stopped publishing to it.

RockYou has raised $172.7 million in funding over the years, per Crunchbase, and has used that money to reorient itself through acquisitions. Early on the company used that money to build up its gaming business, such as its 2011 acquisitions of social gaming developers Playdemic and 3 Blokes. Then RockYou branched into ad tech, opening a video ad network to sell ads in its own and other companies’ games, and in 2015 it bought mobile ad network PlayHaven. In 2016 the company set its sights on influencer marketing and purchased influencer marketing platform Fanbread, which Marino had looked at as another form of ad inventory and whose technology platform was used to support Vocally’s launch a year later. And now that money has funded RockYou’s pivot further into publishing through the LittleThings and Cafe Media deals.

While Vocally may have struggled to amass a sizable audience, Daily Toast had seen the number of U.S. unique visitors to its site swell through the first few months of 2018, from 247,000 visitors in January to 1.6 million in March, per comScore. But then the number sank to 1.0 million visitors in April, the same month that RockYou acquired LittleThings, and by the end of May, it had plunged to 462,000 visitors, compared to LittleThings’ 7.0 million U.S. unique visitors for that month.

Little surprise then that, after redirecting writers from Vocally to Daily Toast, RockYou Media began redirecting its writers from Daily Toast to LittleThings. This time the shift appears to be sticking. LittleThings’ U.S. traffic jumped by 151 percent from May 2018 to June 2018 to 17.6 million unique visitors, according to comScore. McCann attributed that growth to an increase in the number of articles and videos being published to LittleThings, thanks to the reallocation of RockYou’s contributors. The site produced 104 videos and roughly 350 articles in June versus 65 videos and roughly 160 articles in May, she said.

LittleThings has become a central pillar to RockYou Media’ publishing portfolio as well as to its emerging video production business. Following the LittleThings acquisition, RockYou Media “rehired a large portion” of the team that worked on Facebook Live videos at LittleThings, said McCann. But that team has been tasked differently than at the previous incarnation where they were producing 13 different shows on an ongoing basis for a single publication. RockYou Media has centralized its video team to produce videos across its various publications, which McCann said was “the biggest change” following RockYou’s acquisition of LittleThings. In another significant change, the company has decided to not produce any big-budget shows on an ongoing basis. Instead the company is only approving limited runs of new series, such as its food show “Slice,” which premiered on LittleThings’ Facebook page earlier this week. “We might say, Okay, let’s do four episodes of ‘Slice’ and see how it performs with the audience. Then we’re going to look at the performance and loop back on whether or not that series will be ongoing,” McCann said.

RockYou Media’s video strategy — as well as its overall publishing strategy — appears to be something of a response to the fate that befell LittleThings, which committed so fully to Facebook that, by the time it attempted to shift course, it could hardly help but to sink instead. By contrast, LittleThings’ new owner appears willing to abandon ship — or at least dry dock the vessel — as soon as it takes on water. Whether that approach will work remains an open question, but at least as to the question of RockYou Media’s shifting publishing strategy, it is beginning to arrive at some answers. “Cafe Mom is really going to own the parenting section of what we’re doing. LittleThings will be feel-good, inspiring lifestyle [content]. And Revelist will be beauty and fashion,” said McCann.

https://digiday.com/?p=295972
Most Read
Trending in Publishing in the Platform Era
Digiday Top Stories