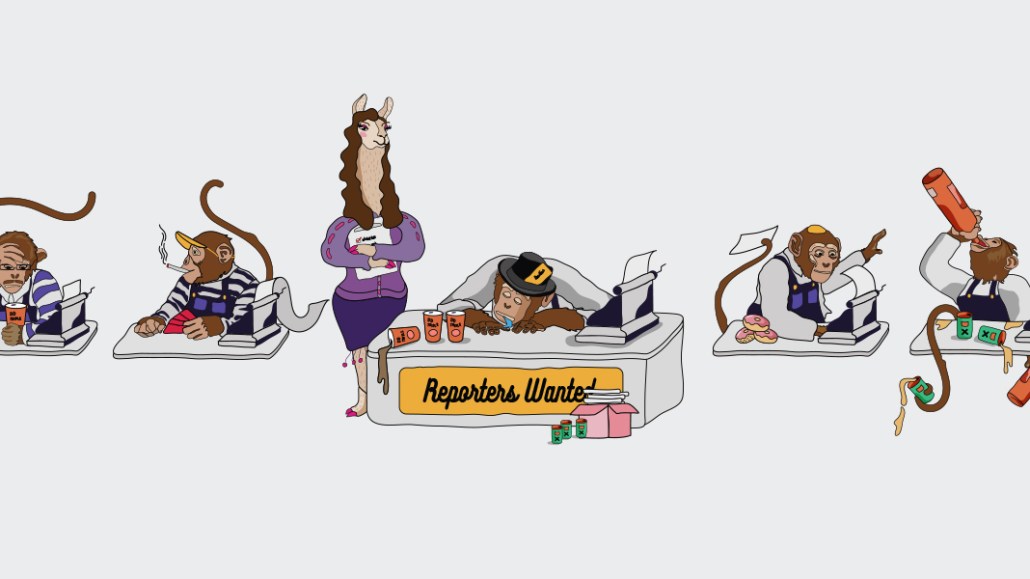 In the months following Donald Trump’s presidential election, many media companies decided they needed to do a better job covering heartland districts where voters had contributed to Trump’s surprise victory. Vox advertised a “distressed communities” reporting position. A squadron of Huffington Post reporters embarked on a yearlong listening tour, roaming the country in a bus.

But the blind spot that national publications discovered in their reporting about smaller communities across America turned out to be a symptom of a much larger problem. After years of print advertising’s revenue shrinking, budget cutting by private equity managers and Google and Facebook changing their priorities, local news operations are in crisis.

For the most part, this is an economic issue: Small publishers, serving small communities with small advertising budgets, can no longer survive by using their current business models for producing news.

But an enormous problem is the lack of reporters and digital talent needed to cover these communities. Young people continue to gravitate toward big cities. And without enough people to create news products whose consumption can be monetized in a new way, fresh experiments are scarce. But such explorations are needed, if managers are to figure out what a reconfigured iteration of local news production could look like. Without open-minded people being willing to test new business models or product strategies, the prospects for news companies might become grimmer.

“You look at a lot of the places that are true news deserts; there’s just not a lot of journalism talent there,” says Mandy Jenkins, gm of the Compass Experiment. “They don’t have a long history of news.” Her Google-funded, McClatchy-guided project plans to launch 10 different “local news labs” in small and medium-sized cities over the next year.

The dearth of talent, Jenkins says, has played a role in her team’s decision to not launch labs in some cities.

“It’s not sensible for us to go somewhere where there’s literally nothing,” Jenkins says, explaining that where communities are experiencing a news desertification, the few qualified people available tend to either leave their area or just walk away from media jobs.

Thus, the lack of local talent creates a chicken-or-the-egg problem for those communities. Local news operations might need to experiment with new business models, ones focused less on print advertising and more on producing different kinds of information and services for readers, according to Karen Rundlet, a director of the Knight Foundation’s journalism program.

“The economics have to be there,” she says. “The higher-paying jobs — the jobs, period — are concentrated in big cities.”

But examples of new, local successes are few and far between. For every VT Digger, whose one-person newsroom evolved into the largest independent journalism source in Vermont, old newspapers are collapsing, consolidating or rotting into irrelevance for their readers.

That, in turn, discourages some reporters or entrepreneurs from trying to even envision new sustainable ways to fill the local news vacuum.

“I don’t think we’ve proved it out, especially at the local and regional level,” says Chris Krewson, the executive director of LION Pubs, a nonprofit that guides several local, independent news publishers.

Yet some of the very people who are trying out new things say that producing local digital news is doable. Don Day, the sole proprietor of BoiseDev, says he sees a lot of reasons for optimism. His bootstrapped one-person digital operation grew over 18 months into the largest source of business news in Boise, Idaho.

“If the content is right and the approach is correct, you can do it,” says Day, an Edward R. Murrow Award winner and John S. Knight Fellow who previously produced digital news for KTVB. “I’ve had to unlearn a lot of old, bad legacy-media habits, to have more conversations with people who aren’t just story sources.”

Day has a busy schedule. Monday through Thursday, he reports three original stories daily. On Friday, he syndicates one story licensed from a local print publication, in exchange for providing that outlet with a curated selection of BoiseDev content. Day also uses Friday to catch up on ad sales and customer service issues that arise with his paid membership program.

“That was a big, scary thing,” Day says, recalling his creation of the paid membership program a year ago. Memberships cost $100 per year. “Sometimes I step back and I go, ‘Holy crap, 500 people are paying for this content!’”

As digital outlets like BoiseDev grow stronger, observers hope that his financial success will prompt more people to try what he’s doing.

“What we can do is create the conditions for news as a good small business,” Krewson says. “If we do, more people will start more things.”