Inside Reddit’s grassroots version of the pivot to video 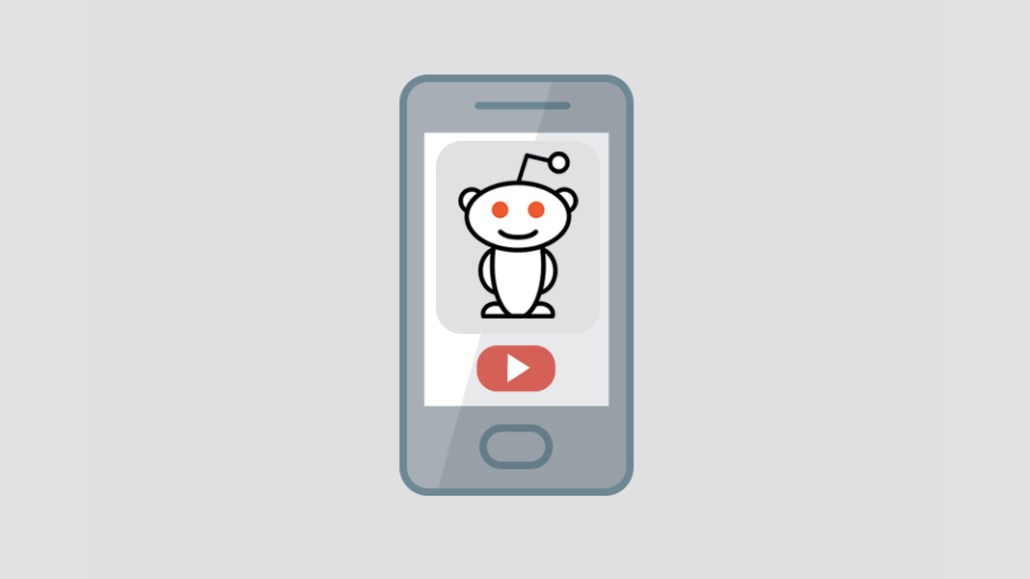 The self-proclaimed “front page of the internet” does not want to be left in the dust by platform giants in the mad dash toward video.

Today, Reddit is releasing a video-uploader tool that lets its users share videos from their personal libraries directly on the platform instead of having to post links or embeds from other social networks. On mobile, users will also be able to record videos directly from their phones and post them to Reddit. The tool also allows users to create and share GIFs.

The tool is part of an effort by Reddit, which recently raised $200 million — at a $1.8 billion valuation — to get deeper into video, and the ad dollars associated with it, with help from a new video product team. The video push also comes at a time when the company hopes to more than double full-time staff — from around 140 people at the beginning of the year to 300 by the end of 2017, according to Recode — as it overhauls its website and mobile apps.

With today’s rollout, advertisers will also be able to upload and promote videos instead of requiring external links or embeds. Right now, advertisers can run promoted posts within the Reddit feeds. On desktop, users have to click on the ad before the video plays, whereas on mobile, the video autoplays with the sound off. There are no plans for a pre-roll product.

“The benefits of hosting video versus relying on third-party embeds are clear from a technology perspective,” said Emma Witkowski, managing director and digital investment lead for the West Coast and Atlanta at Mindshare North America. “It presents an opportunity to enable greater integration with verification and technology partners to deliver viewable, brand-safe experiences on Reddit that can be tracked with deeper analytics.”

But Reddit has something of a minefield to navigate with its new video ad product: On one hand, it has to keep its notoriously ad-averse users happy, and on the other, it needs to convince advertisers to put their ads next to sometimes-risky user-generated content.

“[Reddit’s] very much an afterthought; it’s not something that most of our clients need,” said Greg Smith, managing partner of U.S. digital investment for MEC. “You can do some great subject-matter targeting, but it’s not where we need to be for straight-up advertising. We have plenty of other places to put advertising that are a little more mainstream and brand-safe.”

Reddit hopes that it can lure advertisers by limiting video uploads to communities approved by the company. Beyond that, Reddit’s trying to sell advertisers on the value of “starting conversations,” according to Zubair Jandali, Reddit’s head of ad sales. Rather than straight advertising, promoting text, videos and GIFs that prompt users to respond tend to be received better by users.

“A brand can direct users to their site or a piece of content and disable comments, or treat it as an opportunity to start a conversation,” he said. “When they do the latter, our users are spending an average of over a minute with the ad content.”

That’s an important stat that Reddit is highlighting as many advertisers have historically hesitated to spend money on Reddit.

Jandali said the conversational approach has helped Reddit’s fledgling but growing ad business. While Reddit didn’t disclose revenue figures, the company went from an ad sales team of 10 people a little more than a year ago to 42 today. It expects to grow to 50 by the end of the year, especially now that it has a new native video product to sell.

“What we’re seeing is users are responding and engaging with our ad content in ways that are surprising most people who don’t work here,” Jandali said.

Reddit has gradually rolled out the video uploader within its network of communities, or “subreddits,” starting with a group of 10 “alpha” subreddits chosen to test the product five weeks ago. This allowed Reddit to iron out initial bugs before expanding the test to roughly 200 “beta” partners, which ranged from subreddits for “The Daily Show” to the “hold my beer” meme. Today’s expansion brings video to a majority of “safe-for-work” subreddits, said Alex Le, vp of product at Reddit.

“It was important to lead with those communities first so we could take into account what they wanted to do with the product,” said Le. “No two communities were using video in the same way.”

Reddit’s focus on its users with the video rollout — instead of publishers and other video producers — is intentional. If the company can get a majority of its 300 million monthly visitors to share videos on a daily basis, it would put Reddit on par with video platforms and formats such as Snapchat and Instagram Stories. In the long run, that would make Reddit even more attractive to professional media partners and advertisers.

“This rollout has been more focused on how conversations can organically develop with video,” Le said. “That’s the best way to serve brands, partners and publishers. Figure out the organic side first, and then figure out how to invite them into the conversations.”