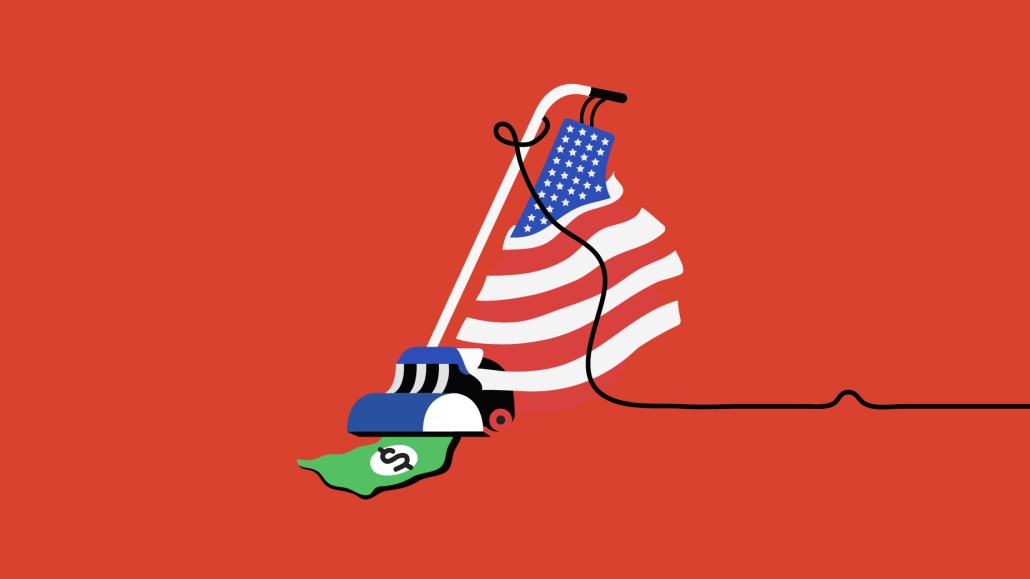 As Facebook teems with posts — and ads — about politics in the home stretch of this presidential election season, advertisers have begun to ask their media agencies whether they should be taking a break from the platform.

And sell-side companies are hoping to vacuum up those budgets as their agencies move the money into other channels.

Ziff Media Group, which operates sites including Mashable and PC Mag, has been using advertiser unease around Facebook to promote its private programmatic marketplace, hoping its flexibility and scale can pique advertiser interest. Group Nine Media, which has enjoyed soaring video views across several platforms besides Facebook since the pandemic began, has pitched brand-sensitive advertisers a cuddly alternative in the form of its animal site, The Dodo; and podcasters, who saw performance-focused advertising dollars come their way during the Facebook boycott in July, are hoping to rekindle those conversations with brands as election day looms on Nov. 3.

Not every brand is going to step away from Facebook in the next six weeks, and many that do understand it will come at a cost: None of the alternatives to Facebook, whether it’s a social platform or a programmatic marketplace, offer Facebook’s exact combination of scale, addressability and convenience, three media buying executives said.

But even if the temporary pause in spending only lasts a few weeks, and even if the shift doesn’t permanently rebalance brands’ budgets, many publishers are relishing a new opportunity to pitch themselves as an alternative to Facebook, especially at the end of a year that has been so challenging.

“It had the one-two benefit of providing an alternative, and also allowing us to educate,” said Eva Smith, svp of sales and marketing solutions at Ziff Media Group, who noted that she and her colleagues first identified brands’ election unease as an opportunity back in the first quarter of the year. “Some [clients] wanted it as an alternative; some just wanted it as a tactic.”

Brands will often pause their ad spending in the final few days before a presidential election, though not always across the board. Lex Friedman, the chief revenue officer of podcast company Art19, noted that podcast advertisers did not pause their spending around the election in either 2018 or 2016.

This year, publishers got plenty of signals that brands would be taking their money off Facebook at this time. Ryan Pauley, the chief revenue officer of Vox Media, noted in August that “a lot” of brands planned to go dark on Facebook in the final days before the election. “If you’re a DR media buyer, you saw a value arbitrage opportunity mid March-April as a bunch of brands pulled out of market. you’re gonna get another opportunity in the 7-10 days around the election,” Pauley wrote on Twitter.

In a normal year, the drop in spending might only last a week or two. But the unusually high volume of mail-in votes expected to be cast this year has many experts predicting that it could take weeks, if not months to declare a winner in the presidential race.

“People are starting to bake in the idea that there may be this [issue] longer than just the election itself,” said Anthony Rinaldi, vp of media activation at Essence.

That raises the stakes for publishers hoping to sell new campaigns or grow the size of deals already in the works. And this summer, publishers got the chance to develop a playbook for courting advertisers who weren’t spending on Facebook, after a crop of advertisers boycotted the platform for a month.

It is difficult to tell how much money the boycotting advertisers kept off the platform — Facebook’s revenues rose 10% year over year in the third quarter — but many of the brands that participated are among Facebook’s biggest ad spenders. Five of the brands continue the boycott spent a combined $237 million on Facebook in 2019, according to Pathmatics data.

Rather than let their Facebook ad budgets go to waste, many brands simply moved the money into other channels.

Many of the advertisers that sat July out on Facebook have continued their boycott or will pause their spending again, said Geoff Schiller, the chief revenue officer of Group Nine.

But the publishers aren’t only competing with one another, and as usual, publishers face the challenge of competing on flexibility and speed. “Direct publisher [buys] are definitely a part,” of some brands’ revised spending plans, said Semhar Amdemichael, vp of programmatic at the media agency Assembly. “it’s just that it’s a bit more of a heavy lift … and what we’re seeing from clients is a desire to go quickly [into another channel].”

That emphasis on speed, Amdemichael said, has meant a lot of client spending will migrate into things like native ad networks, which can be used to distribute the creative assets brands originally created for Facebook and Instagram, or to YouTube, which offers a comparable amount of scale.

Some of the publishers well-positioned to succeed are those that can easily move what they offered with Facebook onto other platforms.

“We’ve been able to shift to YouTube or to Snap,” said Group Nine Media’s Schiller. “We have a large distribution pool to go off of in terms of amplifying the content [we create for brands].”

Whether this window of opportunity remains open next year remains to be seen. But like so many things that have happened this year, it has pushed publishers to accelerate what they were doing already.

“This just reduces reliance [on any one platform],” said Craig Kostelic, the chief business officer of U.S. revenue at Condé Nast. “We make sure have as diversified a social commercial offering as we can.”

https://digiday.com/?p=379483
Most Read
Trending in Publishing in the Platform Era
Digiday Top Stories