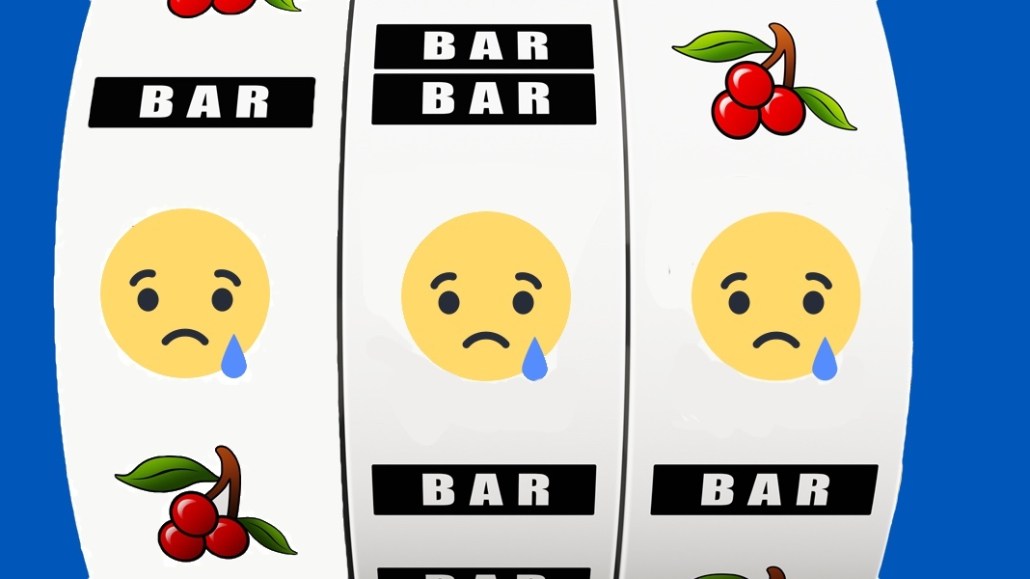 There used to be one neat trick that led to OMG results for publishers that shared their content on Facebook. But now that Facebook has tamped down on clickbait, publishers are putting an emotional spin on content whenever they can. Publishers are emphasizing stories designed to spark sadness, happiness or anger, whether through headlines or in the content itself, to stoke maximum engagement on Facebook.

For example, the Facebook-focused LittleThings shared a piece on Wednesday about two teenagers playing a prank on a classmate, nominating her for prom queen. The post got over 4,000 reactions and 800 shares, the second-biggest reaction to a LittleThings external link posted that day. (Some native content performed better, thanks to Facebook’s algorithm that privileges content publishers upload straight to its platform.)

“We’re still gravitating toward stories that might make you cry,” said LittleThings editor-in-chief Maia McCann. “We just don’t tell you we’re going to do it in the headline.”

Timely emotional pieces do even better. This past week, BBC News shared a video featuring the father of one of the girls injured in the Manchester terrorist attack, which was shared over 14,000 times. A video AJ+ shared last month featuring a 12-year-old Syrian boy demanding help for his war-ravaged country was shared over 440,000 times.

Facebook has cracked down on clickbait, first with a friends-and-family update and then on Feb. 1 with a change designed to punish content pieces that don’t deliver on what their headlines promise.

Those changes were enough to effectively destroy the business models of Facebook-dependent publishers including ViralNova, so publishers have tried to avoid relying on one technique. When LittleThings got word on Feb. 2 that Facebook was altering its algorithm again to punish stories with overly sensational headlines, McCann and a colleague stayed up all night rewriting the headlines of every story scheduled to be shared on the platform the next day.

But many publishers in addition to AJ+ and BBC News are now taking advantage of the fact that News Feed will show users content from pages whose content elicits emotional reactions, according to NewsWhip analyst Gabriele Boland.

The play for emotions on Facebook happens outside News Feed, too. Bloomberg, for example, has a private personal-finance focused Facebook group that challenges members to change their spending habits. By encouraging readers to share stories about their progress, readers participate in a personal way. “You automatically get that community, and you can tap into emotion,” said Meena Thiruvengadam, global head of audience development for Bloomberg.

Thiruvengadam added that Bloomberg is emphasizing emotion in stories it shares on Instagram and LinkedIn, too, which is one reason why it’s seen big growth on the latter — one of top-performing stories Bloomberg shared on LinkedIn this week includes a story about impostor syndrome at work.

Where this strategy hasn’t yet manifested widely is in the grab for direct connections. While publishers big and small have started using targeted outreach to turn their audience into newsletter subscribers, site members or product subscribers, few publishers are using appeals to emotion to drive those conversions.

“We want to make our audience feels something, and it must be genuine,” said Mihira Lakshman, executive producer of digital at CBC Sports. Lakshman noted one of the top-performing Facebook videos CBC Olympics has published in the past six months featured Kaillie Humphries, an Olympic bobsledder, talking about her battle with body image.

Despite that powerful effect, CBC Sports hasn’t used emotional appeals in its direct connections strategy. “It’s not in our marketing yet,” he said, referring to CBC’s email newsletter strategy.

Note: An earlier version of this story identified a Kaillie Humphries video as the most-viewed video on the CBC Olympics Facebook page. It was the ninth most-viewed.