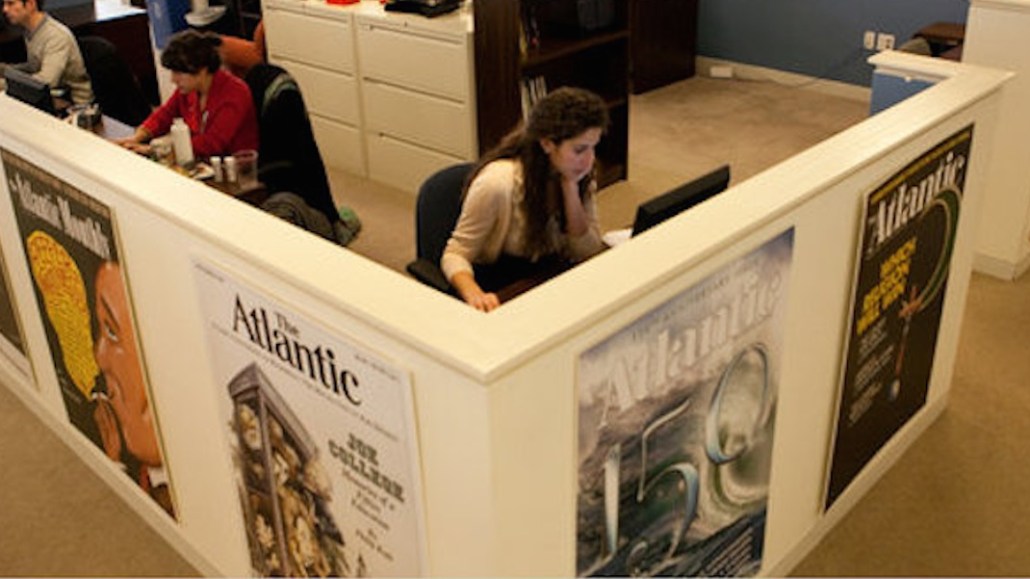 The Atlantic has spread its articles across platforms, from Facebook to Twitter to LinkedIn. It was one of the first publishers to launch on Facebook Instant Articles, and embraced Google’s counterpart, Accelerated Mobile Pages. It credits moves like that with a 30 percent increase in its digital audience and 20 percent increase in revenue last year.

Now, it’s doubling down on its efforts to make direct connections with readers. It has made a series of moves to make more regular readers out of people and ultimately, get more people to subscribe. Other news publications are doing the same, hoping that in the wake of the election, people will place more value on quality journalism. The Atlantic gets 15 percent of its revenue from circulation, a figure it would like to grow, though it wouldn’t say by how much.

“What we recognized was, in part, we became so aggressively platform-agnostic, which was a good idea,” said Sam Rosen, who became The Atlantic’s vp of brand and customer growth this year, from vp of marketing, and will lead a new data and insights team. “Suddenly, Atlantic content was all over the place. But we weren’t unifying it under a single message. We were kind of the victims of our own success.”

In addition to creating Rosen’s role, it hired a customer experience expert, Anna Hoffman, and is convening weekly and monthly meetings for both business and news sides of the organization to share how people are responding to articles and what’s working to acquire new subscribers. The Atlantic recently launched its first brand campaign in a decade, “Question Your Answers,”with Wieden+Kennedy New York.

“In an unbundled world, you may not really think about The Atlantic as a brand if you’re looking at a single story or Facebook post,” said Bob Cohn, president of The Atlantic.

In terms of more visible moves, the publication is starting to tailor subscription offers to people based on how frequently they visit the site or what types of stories they read. It’s also making more timely offers, like one it made in January, when it bundled a subscription with a limited-edition poster of the January/February issue’s cover, “My President was Black.” The offer sold 1,300 subscriptions — more than usual.

Publishers traditionally haven’t had much of a customer-centric mindset. The editorial side set the news agenda, and two-way communication with readers was limited. Case in point: what the business side calls “customers,” the edit side calls “readers.” But as people’s media options proliferate, publishers are realizing they to make a stronger case for their particular brand.

“We realized two years ago that we needed to create more connective tissue with the customer experience across the organization,” Rosen said. “Part of the shift is thinking of everyone as a customer. We are engaging in a transaction even if someone just comes to our website once.”

“We just want to start talking to our customers more,” Cohn said. “For too long, we let the product speak for itself.”

To that end, The Atlantic is initiating more interaction with readers, like a monthly email from editor in chief Jeffrey Goldberg, conference calls with writers like David Frum, who wrote the current cover story, or a welcome package for new subscribers to introduce them to The Atlantic’s legacy. It’s also exploring premium memberships. The Atlantic is also paying more attention to what people are reading by specific audience segments.

Of course, data can be used for good or ill. But Cohn said there are no plans for any systematic changes in the way the newsroom uses it to inform editorial judgment.

“The danger isn’t that we’ll fall into clickbait,” Cohn said. “I don’t worry anybody is going to look at data and start running in a direction that would be inappropriate for the Atlantic. The danger is we’re not as playful and expansive as we could be.”