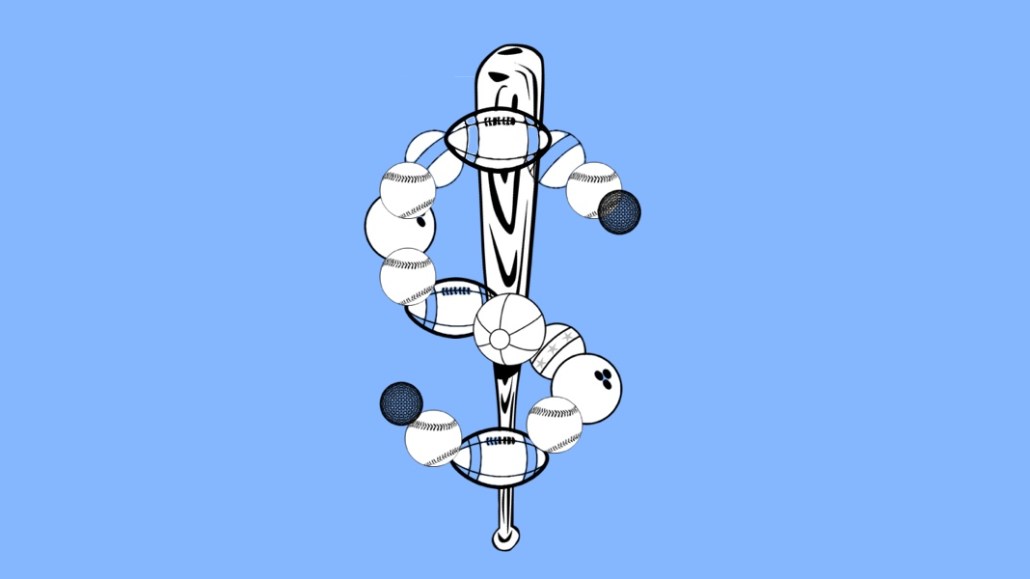 The PGA Tour launched a content-based partnership with sports betting publisher The Action Network on Monday, taking further steps in legitimizing the involvement of professional sports leagues in sports gambling.

The PGA Tour approached Action Network with the opportunity for this partnership, according to Action Network CEO Patrick Keane, which will include the rebranding of all of Action Network’s existing and future golf content on its website and app under the category “GolfBet” presented by the PGA Tour. He said that there is an eight-person team at Action Network that will be dedicated to producing content covering topics like betting strategy and analytics across written, video and podcast both editorially and with the PGA. Content will also be distributed across the PGA’s digital channels.

This is the second deal that the PGA Tour has signed in order to enable the organization it to collect revenue from the sports betting industry, according to Norb Gambuzza, svp of media business development at PGA Tour.

In 2018, he said the PGA Tour signed a licensing deal with IMG Arena that will licensing its ShotLink data for the purposes of sports betting. The product being developed by IMG is approximately three months away from launching and the deal is long term, he said, spanning upwards of a decade. He wouldn’t disclose the terms of the deal, but he said that the organization will continue to collect revenue throughout the years, instead of it being a one-time licensing deal.

For the past couple of years, sports publishers have increasingly viewed gambling as a source of revenue. Now, professional sports leagues are looking to publishing partners to help them get a cut of revenue from the sports betting industry as sports betting has been a legally stick area for these organizations to extend into in the past.

Last year, the major four professional sports leagues — the NFL, MLB, NBA and NHL — began lobbying state legislation to allocate fees from sports bets to the organizations after the U.S. Supreme Court ruled that states were allowed to legalize this form of gambling in May 2018, according to the Associated Press. Since the leagues have still not been legally granted a share of the revenue, organizations like the PGA Tour have begun looking for peripheral opportunities to gain revenue from the sports betting economy — like content partnerships that will bring in advertising and affiliate revenue.

“It’s a great opportunity for the Tour to participate in the [sports betting] category while allowing it to happen at an arm’s distance from them,” said Keane.

Gambuzza added that the PGA’s interest in getting involved in the sports betting space is more so in the adoption of official data in legalized sports betting. “Consumers will be protected if data comes from official sources versus third-party sources. The commercial side of that is something we’d pursue, but it’s not at the top of mind,” he said.

According to Keane, Action Network and the PGA Tour will share revenues made from both affiliate marketing and advertising, though he would not disclose the split between the two parties. The partnership will run through the 2021 PGA Tour Season.

In exchange for this, Action Network will gain access to the league’s footage rights to include in the publisher’s GolfBet video content, as well as official data from the Tour, including ShotLink Tracking. Keane said that the data is something that is particularly exciting because it will help inform his team’s reporting, analysis and predictions.

According to Aaron Phelps, head of biddable media at Digital Fuel Marketing, which specializes in the sports betting media genre, publishers can earn anywhere from $250 to $500 per first time deposit.

On the affiliate side of the business from a consumer standpoint, the league partnership with the PGA Tour offers more legitimacy for Action Network as a betting knowledge source, according to Phelps. This could increase the likelihood that readers will click through to make a deposit on sports betting platforms, he said.

“The name of PGA is impressive to top-tier advertisers,” said Josh Linforth, commercial director of sports betting media agency Genius Sports Media. “But from the consumer perspective, having the [proprietary shot data] will ultimately drive longer dwell time and more engagement,” which he said will help with both CPM rates for advertising and first time deposit rates for affiliate revenue.

https://digiday.com/?p=360338
Most Read
Trending in Beyond Ads
Digiday Top Stories