‘No longer a secondary audience’: Nissan focuses on Saudi women with #SheDrives push 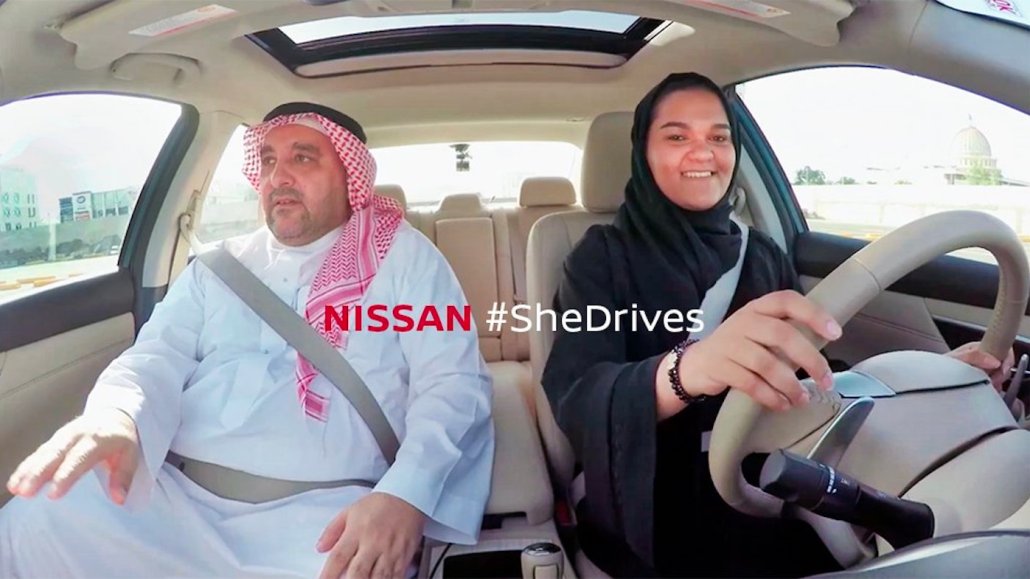 Nissan is making big changes to how it uses social media and data to better reflect women in Saudi Arabia who have recently gained new rights.

Over the last year, Saudi women have gotten the go-ahead to join the military, start businesses without the permission of a male guardian, fight sexual harassment and drive. These societal changes present an opportunity for Nissan in a sputtering economy, according to Hussein Dajani, the company’s gm for digital marketing and customer experience.

“Saudi women are no longer secondary audiences,” he said. “They’re equally important to males, and if not, then they are more important than them.”

Saudi women have undoubtedly made gains, but the headline-grabbing announcements obscure other cultural obstacles they face. To reflect those nuances, the Japanese car brand is making changes to what Dajani called the “tonality” of its posts. For example, Arabic words are either masculine or feminine, and, until now, Nissan has only used masculine words. Moving forward, the “choice of words” Nissan’s marketers post to the likes of Facebook and Instagram will be “extremely important,” said Dajani, whose team is working through reams of product data to identify what cars and language in ads will likely resonate with women. In the past, no one was interested in that data, said Dajani, so he said it’s like they’re “starting from scratch.”

Some of that audience data is from Nissan’s dealerships, while other insights are from audience segments on Facebook and Instagram. Regarding data, Dajani admitted Nissan is still in the “initial phases” of making sense of what it owns in the region. Unlike other data-heavy advertisers, the data that automotive brands like Nissan want is tangled in either their own legacy systems or those of their dealers.

Nissan’s transition began in earnest last September when Saudi Arabia announced it would let women drive. Within 49 mina of the announcement, Dajani’s team, which had been fine-tuning its real-time marketing processes, pulled together a Twitter post congratulating all Saudi women with a license plate bearing the registration “2018 GRL.” The post kicked off the #SheDrives campaign two weeks later, in which Nissan arranged driving lessons for Saudi women hesitant to learn to drive because of family opposition. Those lessons had unexpected instructors, who were the fathers, husbands and brothers of the women.

In a market where that style of women-focused marketing is new, Dajani opted to put no spend behind the posts. Nevertheless, major news outlets such as the BBC, CNN and Al Jazeera picked up the ads during the final months of 2017.