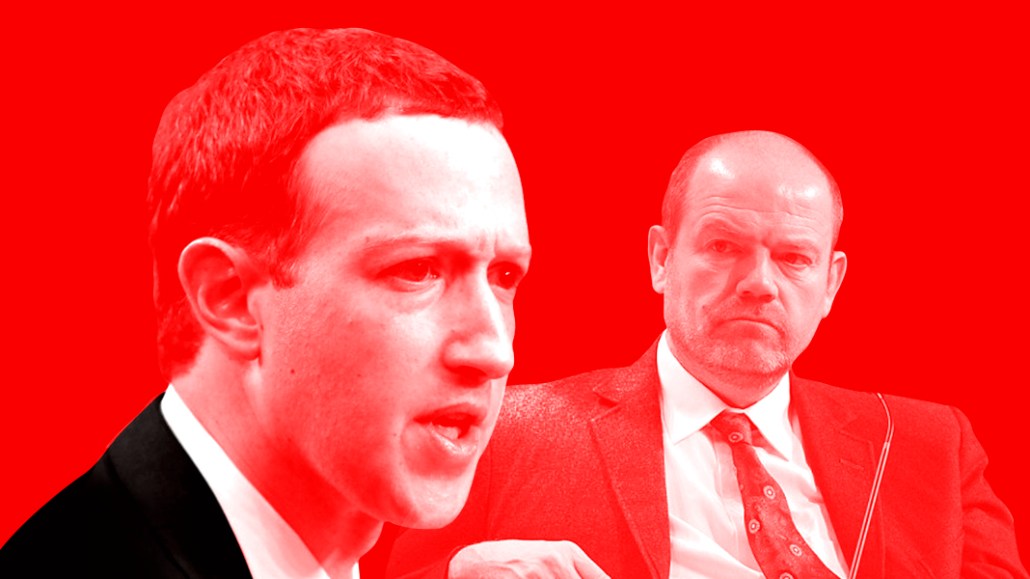 Facebook has been taking fire from all sides lately, but few have been more outspoken and consistent of late than Mark Thompson, CEO of The New York Times.

As publishers have increasingly found their voice in criticizing Facebook out loud, few have been more vocal than Thompson, who carries a lot of weight as the leader of a storied journalistic institution. In June, Thompson gave a speech in which he described Facebook’s policy of labeling news as political ads as “a threat to democracy.” A few days later, he sparred with Facebook’s head of global news, Campbell Brown, during a panel discussion over the same issue, accusing Facebook of playing into the hands of enemies of high-quality journalism. (She shot back that the Times didn’t want to be transparent itself.) Then, speaking before marketers in Cannes, he returned to the same issue, calling Facebook “very difficult.”

The Times and other publishers have pulled spending from Facebook to avoid their articles being labeled as political. A Times spokesperson said, “We support Facebook’s efforts around transparency but have disagreed with how they’re approaching it. We’re now actively engaged with them to get to a solution that recognizes and distinguishes independent journalism like that of The New York Times.”

Facebook enacted the policy after coming under fire for its role in Russian meddling in the U.S. presidential election. It requires news articles about political issues to be included in its political ads archive when the publisher pays to promote them in the news feed. Publishers worry the policy will conflate journalism with traditional political advertising.

Other news execs, most notably News Corp’s Rupert Murdoch and his lieutenant Robert Thomson, have criticized Facebook for not providing more monetization for publishers and its lack of accountability through its black-box algorithm. News Corp has long warned about the growing power of Facebook and Google, whose dominance of the online ad market has been to the detriment of publishers.

While those issues were about dollars and cents, the issue-ads policy has been a big pain point because it gets to the very essence of independent journalism. It also comes at a time when news organizations face a dearth of public trust and a president who’s especially hostile to the press. Seven organizations representing journalists and media executives from outlets around the world signed a letter protesting Facebook’s policy.

The relationship wasn’t always this sour. A few years ago, the Times was one of the handful of publishers picked to debut Facebook’s then-big initiative, Instant Articles, and to get funds to make live video for the platform. Thompson then spoke enthusiastically about the Instant Articles opportunity. Since then, the Times has ditched Instant Articles, sat out Facebook’s subscriptions test and passed on participating in Facebook’s news section for Watch, its video tab. The Times has said these initiatives weren’t right for the paper for business reasons.

Thompson’s outspokenness on the political ad labeling issue has won him appreciation from some quarters and skepticism from others.

“Mark is a leader in the industry. He’s giving voice to news publishers that are frustrated with Facebook right now,” said David Chavern, president and CEO of the News Media Alliance, representing some 2,000 newspaper companies, including The New York Times and News Corp.

“The sentiment speaks for a large part of the news industry, and the news publishers most at risk are probably local or in other countries where this could be used against them,” said Jason Kint, CEO of Digital Content Next, which represents digital news organizations.

To others, it’s about time. Said News Corp’s Thomson, whose outlets aren’t always on the same page politically as the Times: “Rupert and I are pleased that other media execs are finally starting to find their voice, given the profound importance of the issues for media and society.”

Another saw the Times as opportunistic and questioned whether his criticism would have any impact without a critical mass of others speaking out, too. “Mark is a business guy,” said a news exec at a major outlet. “He sees they’re weak and scared, and thinks by attacking them, [the Times] can get something out of them.”

The Times’ attack on Facebook, like other media companies that have publicly slammed it, is also enabled by the fact that the Times doesn’t rely on Facebook as much as others that literally built their businesses on Facebook or benefit from it and other tech giants’ largesse in the form of grants and training. The Times has a strong relationship with its readers, such that subscriptions contribute two-thirds of its revenue and growing. Other publishers, while they’ve been forced to diversify their audience sources, still depend on Facebook for traffic and want to be part of new programs like its Watch news shows and are afraid to speak publicly against the platform for fear of retribution.

Brown was out of the country and Facebook declined to comment, but the company has lately stressed that it still considers Instant Articles pretty good for a lot of publishers. (It’s true that for many smaller publishers, Instant Articles is still a good deal.) Facebook has said it’s still working on improvements to its subscription tools. On the issue-ads policy, Facebook tweaked it following publisher criticism but hasn’t exempted news from the policy.