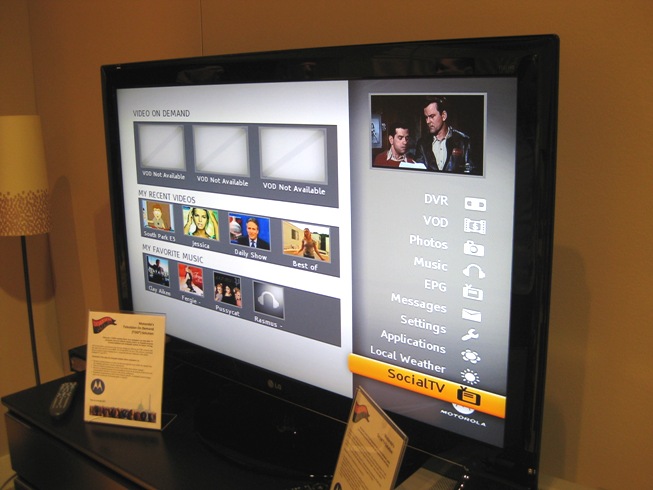 Networks and media companies, having spent many millions to create the content that people want to talk about so much, are scrambling to figure out how they can own that conversation themselves, rather than simply serving the business models of others.

AMC experimented with a tablet-based companion experience for its cult show “The Walking Dead,” for example, which was designed to keep second-screen users engaged with its content rather than third-party services, while HBO is experimenting with social viewing elements in its HBO GO service. Hoping to retain some sort of control over the discussion around its shows, meanwhile, CBS launched Connect last week, which aggregates conversation about them from across Twitter and Facebook.

None of these efforts are in any way an attempt to replace Twitter and Facebook as conversation vehicles. That would be truly nuts. Instead, the networks see an opportunity to augment that conversation by providing a dedicated place for fans away from the din of social channels where millions of other conversations happen simultaneously.

According to Viacom Media Networks’ research, based on interviews and survey with 1,500 viewers that access digital content while watching TV, 61 percent of viewers reported searching for supplemental content, 57 percent accessed more information on sites such as Wikipedia and IMDb, and 53 percent visited network websites.

Meanwhile, 58 percent said they watch clips from their favorite shows on social networks, while 45 percent instant message or Facebook chat about them.

Though the overall volume of users currently engaging in this type of activity remains small, Viacom appears convinced it’s an important and growing opportunity, as evidenced by the sheer volume of third party applications trying to cash in on the behavior, including Miso, GetGlue, IntoNow, and others.

“Social TV represents a shift in TV viewing from leaning back to watching with,” the research report concluded, adding, “conversation is only a small part of this activity and opportunity.”