NBC News Doubles Down on Cross-Platform 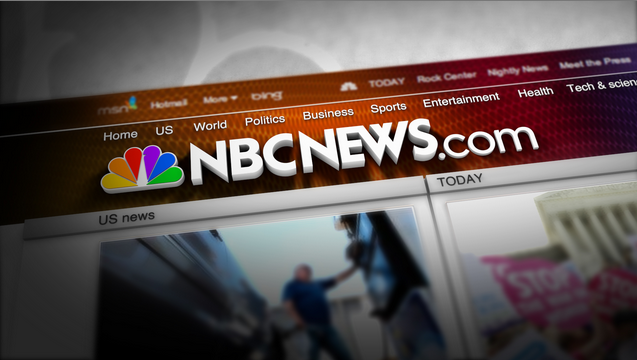 The unwinding of the Microsoft-NBC News partnership to create MSNBC can be read many ways. One clear driver of the divorce — NBC News will now have complete control over NBCNews.com, formerly MSNBC.com, and the MSNBC TV network — is the need to sell cross-platform ad deals.

The original 99-year partnership deal was an even 50-50 split of ownership of site. In 2005, NBC worked a deal where it bought out Microsoft’s stake in the cable network. NBC, like every other publisher, is looking for precious online ad dollars to complement its network revenue and solely owning its own website can open the door for stronger brand partnerships. Now, when an advertiser wants to run on The Today Show, it can also get placement easily online. This is critically important as brands continue to struggle with integration of their messages — and the intense fragmentation of the online ad industry.

“We want to make sure we have complete control and ownership of our digital future,” said Steve Capus, president of NBC News, in a conference call.

Microsoft, not NBC, was responsible for selling ads on MSNBC.com. According to AdExchanger, during the press call, Capus said that, “A key component to all of this is to maximize the sales force we have at NBC,” he said. He added that Maryanne Gambelli and John Kelly will serve as the leads on sales.

NBC News will take ownership of not just MSNBC.com, but all of the MSNBC digital network, including sites such as today.com, NBCLatino.com, EducationNation.com, BreakingNews.com and all of the corresponding social media entities. According to ComScore, the MSNBC network garnered about 50 million uniques in June.

Perhaps most interesting is how potential advertisers will work with the new NBC News digital site. Instead of working with two separate entities — NBC and MSNBC — brands may be able to work with one company and get better package rates. All in all, NBC News owning its own brand and shedding a legacy deal can be beneficial to all parties.

“NBC can now market and sell NBCNews.com as an integrated asset within broadcast news and the crown jewel Today Show and Microsoft can move beyond NBC in feeding news content within MSN.com,” said Dave Marsey, media practice lead for Digitas. “Better control for both to focus on their core competencies vs. hanging on to a deal struck at the start of the internet.”

In 1996, it made perfect sense for NBC to partner with Microsoft, which was the king of the hill in tech. Its MSN portal could funnel visitors to MSNBC.com, turning it into one of the top online news brands. But a decade and a half on, that deal appeared frayed. The portal era, by all accounts, is winding down. Advertisers are clamoring for closer links between their TV and digital efforts.

“One of the areas that we have seen the fastest growth and very encouraging metrics has been in the 360 degree cross-platform offerings,” Capus said on the call.

NBC News has been taking it on the chin recently. The perennial morning powerhouse The Today Show has seen its pole position drop as a public imbroglio between its former anchor, Ann Curry, and the network took center stage. Though NBC Nightly News with Brian Williams still remains the top-watched nightly news program (Nielsen measured about 7.6 million viewers last week), NBC News is in somewhat of a crisis mode. But having a digital arm, a place where the news division can highlight its operation, there is a continuity that NBC News has been lacking. It was as if NBC News didn’t have a home online. Now they do, and this can only help the broader NBC News family.