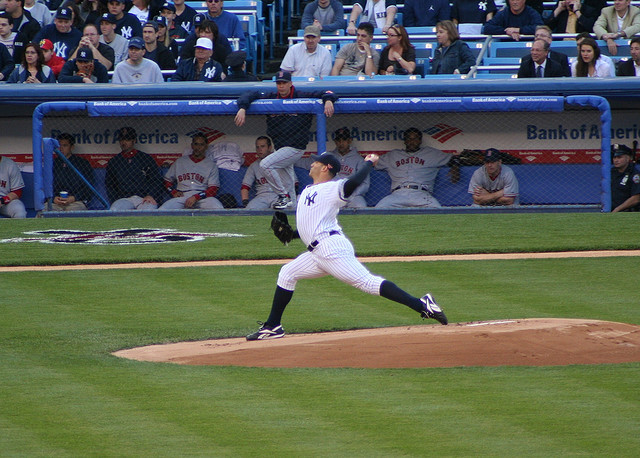 Rick Liebling, creative culturalist at Y&R New York has always been and still is a Red Sox fan, but that didn’t stop him from working for the Yankees. Before Liebling entered the agency world, he spent more than a decade in the PR industry, and before that he did a stint as the assistant to the traveling secretary for the Yankees. Liebling took time to talk to Digiday about his Yankee days and the similarities between baseball and advertising.

How did you end up working with the Yankees as the assistant to the traveling secretary?
I got involved in professional baseball in 1994, working as an intern at the Triple A level in Colorado. The next year I became the public relations director for a Single A team in California. Like a player, I wanted to make it to the majors of course, and in 1996 I joined the media relations department with the New York Yankees. Once the playoffs started, I was asked to assist the traveling secretary. It was quite an experience.

How did you like being the real-life George Costanza?
It was thrilling! I traveled with the team as they took on Baltimore, Texas and Atlanta. I was in the clubhouse, the press box and got to hang out with people like Reggie Jackson. After the team won the World Series, I remember being in the clubhouse, champagne flying everywhere, hugging Tino Martinez. Then hanging out with the players at parties well into the night.

What are some Yankees behind-the-scenes stories you can share?
In Texas, during the playoffs, I had been working nonstop late into the night and early in the morning. About 90 minutes before game time and I sit on a couch in the clubhouse. Thirty seconds later my eyes are closed, and I’m dozing. David Cone, who was the leader of the team, gives me a playful punch in the arm and says, “Hey, this is the playoffs, no sleeping in the clubhouse!” That was embarrassing. Also, one of my duties was to fly out ahead of the team and go to the hotel to make sure everything was set in advance of their arrival. Well, the Traveling Secretary was busy giving me all types of instructions, and he was busy and pretty soon I’m running late. I realize I’m not going to make my flight. All I can think is, “Steinbrenner’s going to fire me.” I get to the airport, totally panicked, and I’ve got my big speech ready. I’m going to explain how I’m with the Yankees and you’ve got to get me on a plane!” I’m in my 20s and don’t really know how this stuff works. The person at the counter says, “No problem, next flight leaves in an hour.” All that worrying for nothing.

Are there any similarities between baseball and advertising?
Incredible deadline pressure. High expectations. And just like a player’s work is seen by millions on TV, so is the work of an advertising creative. It’s thrilling, exhausting and can be quite rewarding.

What is the best part of being in the ad world?
The incredibly talented people I work with is top of the list. Being able to do something I truly love — talk about culture, digital technology, consumer behavior, I love being able to think about those things and find solutions that help clients.

What is the worst?
The worst part, if there is one, is still 100 times better than what most people in other jobs have to deal with. I don’t even think about it that way.