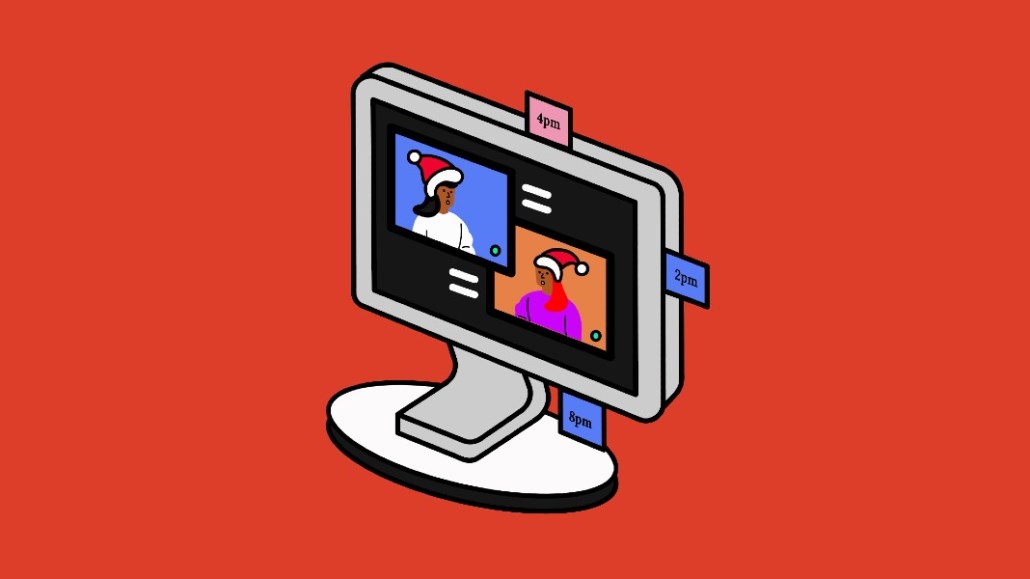 The media holiday party may be becoming a bygone of the pre-pandemic era, as some publishers opt for alternative end-of-year affairs.

While BDG, BuzzFeed, Hearst and The Washington Post will host in-person events for employees to celebrate the close of 2022, they will not be the stereotypical soirées. Instead, they will take the form of team-specific outings, award shows and festivals. And Vox Media decided for the third consecutive year not to host a holiday party.

The return of in-person celebrations for some publishers shouldn’t come as a huge surprise. In the past year, a number of publishers have shifted to hybrid work schedules, from Hearst to The Washington Post. The world has since reached a different stage of the pandemic as well, where COVID-19 testing and mask-wearing aren’t mandatory at events to the same degree as last year. But the celebrations this year are a bit more subdued than past gatherings, which may be as much a reaction to last year’s holiday party superspreaders as a reflection of this winter’s gloomy media landscape.

BuzzFeed is taking a more sober approach to its holiday celebration this year. It isn’t having a “formal” party this year, a company spokesperson said in an email. Instead, BuzzFeed is hosting a “holiday festival” at both the New York and Los Angeles offices, with “refreshments, shopping and fun games” and a marketplace, according to a memo sent to staff and shared with Digiday. BuzzFeed is giving attendees $50 each to spend on small businesses featured at the marketplace. The company is also hosting a virtual marketplace and giving out a promo code employees can use with a curated list of small businesses.

At Hearst, teams host their own holiday celebrations. Events at the company, which is operating on a hybrid schedule, are mostly in-person this year, said Lizz Schumer, a senior editor at Good Housekeeping. Good Housekeeping did not have a holiday party last year, but this year will have one in-person, she said.

A Vox Media spokesperson declined to say why the company will not host a holiday party this year, but one Vox Media employee said there haven’t been any company holiday parties to attend since they joined in early 2020. Said the employee, “It feels pretty normal for me not to have one.”

The Washington Post hosts its annual Eugene Meyer Awards in December, which serves as its end-of-year celebration. It will return to being held in-person this year, after it was hosted virtually last year. “Now that we’ve been back in the office, with a hybrid schedule, the event is back in person this year,” said a company spokesperson in an email.

BDG isn’t making significant changes to its holiday celebrations this year either. Virtually, it’s hosting a wreath-making workshop and an ugly holiday sweater contest. As for its in-person activities, BDG is hosting a holiday mocha and cookie bar at the office, a happy hour and a holiday sale (where all proceeds will be donated to charity).

“At BDG, it is important for us to provide employees the opportunity to engage with each other and different teams outside of the typical work setting. As we close out the year, we are excited to host a mix of activities for employees to partake in, while also remaining conscious of costs and spending in this environment. When planning these events, we continue to embrace the company’s hybrid model by providing remote employees with virtual opportunities to get into the holiday spirit,” said a company spokesperson in an email.

Not really a party mood

It may be a tense — even somber — time for media employees. Many are still feeling the sting of recent layoffs, the constraint brought by hiring freezes and the pressure of cost-cutting plans as companies grapple with inflation, higher labor costs and the fear of a recession on the horizon. Not to mention some publishers that brought back in-person gatherings last year ended up hosting holiday party superspreaders. While most people have gone back to “normal” in their everyday lives, a nasty mix of viruses are spreading this winter.

It could also be a bad look for a company to host a big, celebratory bash while they are handing out pink slips. Amazon, for example, told department heads to scale back on holiday parties this year, according to reporting by Insider, as the company looks to let go about 10,000 people.

Only about a quarter of tech companies plan to have in-person holiday parties this year, according to a survey published last Friday by outplacement and executive coaching firm Challenger, Gray & Christmas, Inc. 17% of the 252 companies surveyed cited economic conditions as a reason to hold off on celebrating. 5% of companies that had a holiday party last year won’t have one this year due to cost-cutting.

“This year’s holiday parties, it’s a little tough. If you’re [letting] people go like crazy [and say], ‘well come on in, let’s have a holiday party’ — that’s going to be a pretty grating kind of invitation. So there is an economic challenge today,” said S. Chris Edmonds, the CEO of Purposeful Culture Group, a consultancy that helps companies with their workplace cultures. However, Edmonds said the “ritual” of having an annual year-end party can help employees feel valued — and incorporating a service element, such as donating to charities or nonprofits, can help a company’s reputation.