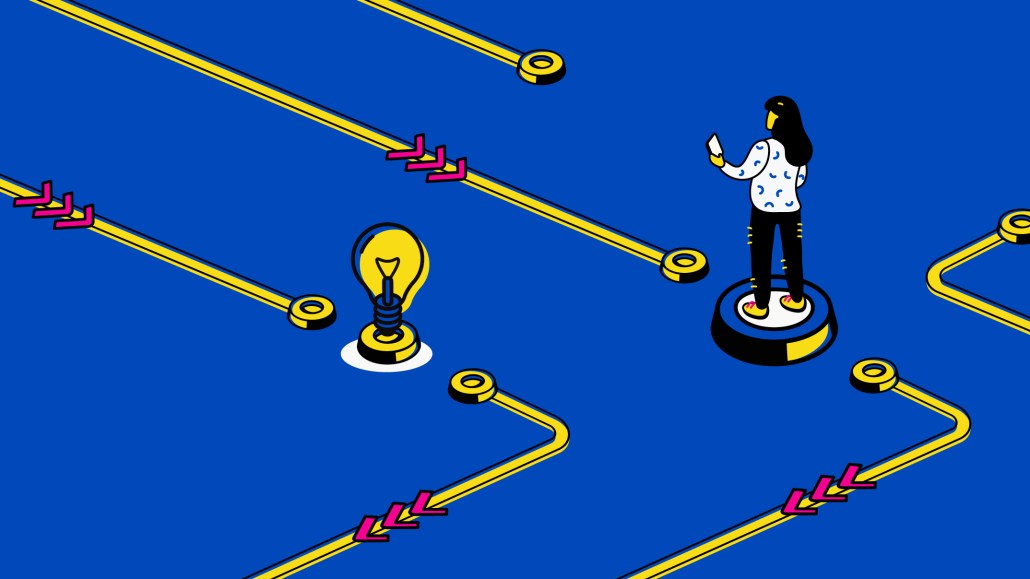 IPG Mediabrands’ agency Mediahub shook up its U.S. executive cadre in recent weeks, with a host of new hires and promotions, including at the very top, when Sean Corcoran, its president since 2019, received his CEO stripes. The media agency has taken on several digital-first clients, including Twitch, Netflix, Pinterest, Nerdwallet and Dropbox, in part to balance out a heavy load of travel clients that went silent amidst the corona crisis of the last year. This interview with Corcoran has been lightly edited for brevity and clarity.

On changing up the client roster balance

Our reliance on travel as a business was a struggle [during coronavirus]. MGM, Hawaiian Airlines, Royal Caribbean, Jet Blue and Wyndham. That was 25 percent of my business, and what an ass-kicking we got. But somehow, we were able to work out of that, add in other brands to our portfolio, but also recognize that we need a portfolio balance. Let’s be a bit more selective, a little smarter about what kinds of clients we have, how they pay for things, then take a real good, hard look at our P&L and figure out how to manage it well.

The gap between media and creative

The relationship between the industries is stressed. I’ll go between a creative meeting and a media meeting and it’s like I’m in two different industries. That’s been the case for the last five-plus years, where one side’s talking data and tech, almost too narrowly. And the other side isn’t even acknowledging it, almost, except in maybe some stunty stuff. They’re like, “Here’s our creative, and then we threw in an Amazon Alexa idea.” That’s not what we’re trying to do here. And on the media side, you talk to programmatic people, and it’s almost like messaging doesn’t exist. I feel like that coming together needs to happen, and I think it’s going to have to be led by the data/tech people, but with some people that understand comms and creative. Right now, that just doesn’t exist yet and I think that’s a gap in the industry.

Navigating the maze of adtech for clients, and getting paid for it

We have an interesting situation, where we slot in people [with our clients] who really understand not only how Facebook, Google, or even Amazon Advertising work, but also how a lot of adtech and martech infrastructure works, and how you should design it. We end up in a situation where we do a lot more consulting-type work … but how we get paid is through the placement of media. The good news is we have people moving up the chain, who are valuable to the client because they’re helping them determine their marketing and adtech infrastructure and their philosophy and strategy for that. But we actually don’t get paid enough money to do that, which is a real frustration.

On fewer opportunities to reach people through advertising

We’ve had to come to terms with the fact that the advertising-paid world … how different it is. The amount of gaming people are doing, the amount of Twitch that’s being watched, along with Netflix, Amazon, Hulu and Disney and HBO. Most isn’t ad-supported, right? So, how are we dealing with the fact that these people are invisible to us? We call it infrequency, the idea of when you’re not available to me, because you just watched Netflix for the afternoon or you’re going to play on your PS5 all day. How do I advertise to that person? Where’s my opportunity, and what’s the tool and the metric and the shared knowledge around this idea that people are weaving in and out of ad-supported inventory? We don’t have a way of addressing that yet. Advertising in general’s really hard right now.

A couple of young women, people of color in their early 20s, came up with something called a Once in a Lifetime, because they wanted to tell their stories, and we wanted to hear [them]. They hold an agency-wide Zoom [every few weeks], it’s over an hour long, and it’s just young people of color telling their stories. The stories coming out of there have been amazing. You’re like, “Shit, I didn’t know you had to go through that,” you know? So we’re going to try and actually be the company we’ve told you we want to be. I’ve said to them all along: You can judge me today all you want, but truly judge us in a year, because it’s going to take us a year to do all this.

With the recent rise of Clubhouse and the continuing popularity of Spotify, Pandora and podcasting in general, audio-related stats have seen a surge over the last year. Some standout numbers from Edison Research and Triton Digital’s The Infinite Dial 2021 report, released earlier in March.

“We continued to grow our top line and bottom line at industry leading rates, despite covid-19 and exhibited agility in developing new content revenue streams quickly, such as robotic production, animation and online events and driving data and digital marketing net revenues, particularly in the fourth quarter and into this year.”