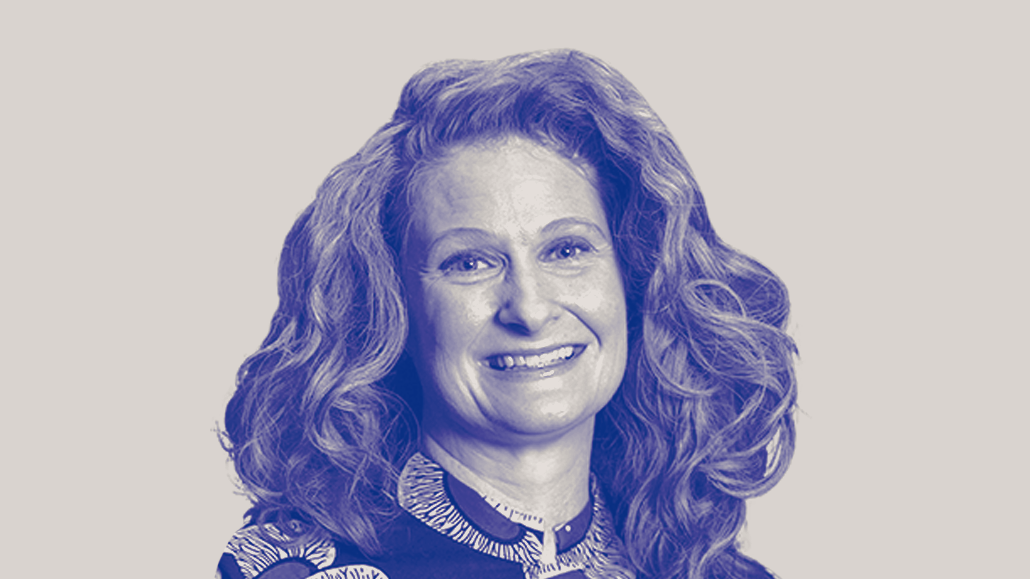 Kasha Cacy knew a lot about holding companies and consultancies when she left her position as CEO of UM to join Engine Worldwide in 2018. After all, she had held senior positions at McCann and Ogilvy, and cut her media teeth at Wunderman and Accenture. But all that experience taught her that when holding companies or consultancies become too big and unwieldy, they lose the ability to be nimble and responsive.

This is why Cacy has revamped Engine Worldwide, selling off a film trailer firm and is in the process of sell various agency assets in the U.K. The ultimate goal: land midsize clients who can benefit from speed and agility. Cacy explained her strategy and goals in this Q&A, which has been edited for space and clarity.

Give a little history of what attracted you to Engine, and what you’ve done to change it?

Engine was a lot of things when I joined, frankly. The first thing I did was say which of these things belong together and which don’t. [Film trailer firm] Trailer Park we’ve divested of, and it’s public knowledge that we’re in the process of divesting our London [agency assets]. The most interesting assets and the ones that over time we could really evolve and innovate with were the core assets based in the U.S., which primarily consists of a global programmatic exchange, an insights capability, and a small, integrated media/creative/social media agency.

I loved the promise of programmatic. I loved the fact that it is data driven, it’s targeted, it’s measurable. It’s all the things that are great. The way we built it, though, quite frankly, filtered in a lot of different pieces, and the execution often didn’t live up to the promise.

Are you talking about how Engine built programmatic or how the industry developed?

I’m talking about the industry. If you look at programmatic, there was and still is a transparency issue. Nobody can really see what’s happening across the programmatic supply chain. There’s a data issue where, because you have a DSP, and a DMP, and an SSP and an exchange, the data doesn’t actually connect across anything — especially when you’re using cookies. Most of the infrastructure in the industry was built 10-plus years ago, not thinking CTV was coming down the line, not thinking 5G was coming down the line. Prior to me coming in, Engine had basically rebuilt their programmatic exchange with an eye towards that future. I thought if we could combine this technology with some other innovations, we could really start to fix some of the things that I had seen in the industry and offer better solutions, which I think we have done.

How do you avoid the trouble agencies ran into years ago with their clients when their exchanges were engaging in un-transparent practices such as media kickbacks?

For us, a client could be a brand, or a DSP, or an agency holding company desk. We have two innovations. The first is that we can offer a flat fee — most SSPs and exchanges can’t do that. The visualization of the bid-stream data was the second, and more important, innovation, because everybody claims they have access to the bid-stream data. It’s just unwieldy and very difficult to actually use, right? One of our core capabilities is the ability to harness and manage and visualize gigantic datasets. So instead of us saying you can have access to the bid-stream data, we actually give you a portal, where you can see all of the auctions you’ve been in, you can see what happens at each step of the auction, you can export that data if you want to use it for something else. It’s really sort of opened the kimono on what’s happening.

More agencies say they don’t want to take part in the next Mediapalooza because of onerous demands by these huge clients. Where do you stand?

We’re small and and we want to remain small. Since I’ve been here, the agency business has grown 10-15% every year so we’re seeing growth. But I think we still have a lot of potential in that mid tier client, and I think our service model aligns really nicely to what they need. In order to go after some of those Mediapalooza clients, we would have to have a really different structure and operating model. What we are really good at is taking all the pieces — creative, media, insights — and driving a result for our client. The really big players often do a lot of that themselves. It’s more of that mid tier that finds it valuable.

What do holding companies need to do to change?

I’ve always been a person who likes to go into a small sandbox and innovate, I think it’s really hard to do that at a holding company level right now. Because they’re so big. And I think the challenge for them moving forward is what pieces [they should change]. You’ve seen WPP has probably been the most aggressive about bringing different agencies together and defining capabilities. I think you’re going to have to see more of that. Just the way the financials of the different agencies work, and how that plays at the overall holding company level. But it is by no means a small effort.

Analyst and consultancy Forrester issued its 2022 predictions around media and advertising, agencies and CMOs. Forrester expects global revenue from the retail media category will reach $50 billion, eclipsing Netflix and YouTube’s revenue. Among agencies, Forrester predicts 10% will crack the code to monetize their creative and media tech. And finally, Forrester forecasts that four in 10 CMOs will bolster their in-house agencies’ remit from execution to creation, taking on more high-profile assignments as part of the blended partner management model.

“Brands are being put on notice: prepare for the metaverse. This is a chance to reimagine virtual experiences and find better ways to do all the things we’ve been trying to do in the real world, including building community among customers, experiencing physical goods virtually, understanding shopper behavior, and creating more personal (AI-powered) concierge-style services. As always, the path includes a few wrong turns; accessibility and privacy need to be baked in from the ground up.”