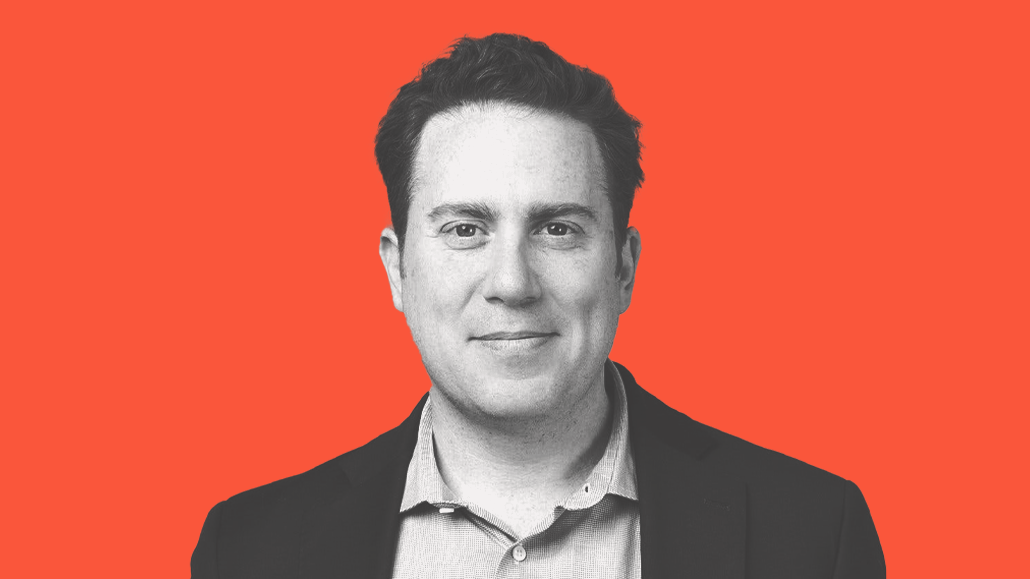 In this week’s Media Briefing, senior media reporter Sara Guaglione chats with Semafor’s co-founder and editor-in-chief Ben Smith about launching the new media company with a U.S. edition and a sub-Saharan African edition.

A sit down with Semafor

Semafor’s co-founder and editor-in-chief Ben Smith is adapting to startup life, coming from The New York Times and BuzzFeed before that.

“I’m getting used to this rhythm that involves waking up at 5 [a.m.] to do a ton of editing,” he said sleepily the morning after the media company’s launch.

Semafor launched on Tuesday with a U.S. edition, sub-Saharan African edition, a global morning product called “Flagship,” eight newsletters and a few videos. The company raised $25 million in financing to date and plans to earn 75% of its revenue from advertising and 25% from events in its first year, according to a Semafor spokesperson.

Digiday caught up with Smith to hear how the company is managing a global newsroom of 60 people, with about 30 editorial employees, as well as what sets its newsletters apart in a crowded field and if those inescapable Twitter ads actually drove people to subscribe to its newsletters. The Semafor spokesperson declined to share how many employees are based in the U.S. versus overseas. – Sara Guaglione

This interview has been edited and condensed.

First off, I have to ask about Semafor’s marketing strategy on Twitter. Those ads got a lot of attention from media circles about how ubiquitous they were.

Turns out Twitter is an incredibly good place to target news-obsessed people. And particularly journalists who are interested in new media. I think we spent – I’m not sure if I should say – but a basically shockingly small amount of money. But journalists who cover the media in particular, felt like it must have been the largest media spend ever because they were surrounded by it.

Did it work? Did it get people to sign up to newsletters?

Yeah it did, and very inexpensively.

What was the process for building out a new editorial team?

[Executive editor] Gina Chua and I did the hiring together. She started in May. There were two things: one, which is hiring people with really deep expertise who can build a relationship with the readers, where readers are going to be interested in what they have to say. And that’s not every reporter. And then also people who are excited to do something new and to try doing journalism in a new way.

We also obviously thought a lot about building a really globally diverse team – meaning in terms of representation in the U.S. but also in terms of the passports people have, where they’re coming from. We’re launching really fundamentally in two places, in the U.S. and sub-Saharan Africa – [respectively] the most developed media market in the world and the fastest growing – to try to spend a lot of time [over] the next 10 years really filling in, in a lot of other places. We also have a team in London.

Why kick off Semafor’s global strategy in sub-Saharan Africa?

There’s both a huge demographic to them and huge economic growth in a lot of those markets, but then also a big journalistic opportunity. A lot of the big global outlets don’t have a big presence there.

Since the pandemic, a lot has changed when it comes to overseeing a workforce, especially with hybrid and remote work. How are you managing a global team at a new media company?

It’s funny because I think a lot of us are very comfortable working remotely and very comfortable with Slack. But when you’re launching a new thing with a bunch of strangers, it’s incredibly important to be in person. We have an office that I love, upstairs from [an Italian restaurant] in Little Italy. We don’t have a formal in-person policy, but everybody’s coming in because we’re building something together and getting to know each other.

I think there’s a natural ebb and flow with that, and we’re going to really try to learn as we go, and we’re obviously kind of distributed at birth. We have folks in a bunch of different places and are working remotely very fast and comfortably. I have found it really valuable to be together, including at 5 in the morning yesterday… I’m supposed to be sitting in the office this morning but didn’t quite make it in yet. But I’ll be there soon.

So you have one office in New York and another in London?

We’ve got a team in New York and in London – and [Washington, D.C.] is [also] a big hub for us, and a big investment. We’re sharing office space with Gallup, who’s a very important partner for us and whose content and insights you’ll see across our product. [Editor’s note: Semafor has partnered with Gallup, and will use their data in their reporting.]

Let’s talk about the newsletters. In a crowded space, what separates Semafor’s newsletters from all the other ones out there?

You’re going to see a lot of original journalism, a real investment in making this a primary product – not a way to jam a bunch of links into your inbox. I also think that we’re doing a lot of innovative stuff in there. The [element] that’s gotten a flood of great feedback off the bat is this “One Good Text” thing, which I think is a very transparent way to just screenshot your phone for the reader. We [featured text conversations with] Fareed Zakaria, David Zaslav, David Petraeus, the Kenyan finance minister [and] we’re doing that every day in every newsletter.

How do you set that up? Do you preempt the person that you’re going to ask them a question that might be in the newsletter?

You make it clear that you’re talking for [Semafor]. I wouldn’t say we have a totally developed process for it yet.

So it really is a real text that you’re sending? Not just a formatting thing?

Correct. I just got a text back from the Latvian foreign minister that’s going to go into Flagship tomorrow, on Whatsapp.

There was some talk yesterday about how the first sentence of each paragraph was bolded on the Semafor website but then was removed, and I think a lot of people seemed impressed by how quickly the team responded to that feedback. Is there anything else you’ve gotten feedback on that you’re thinking of changing?

Tons of things. We’re just constantly taking feedback directly via email and people tweeting things and then looking at the data and just trying to make it better every day.

“You get a certain level of storytelling in video that is harder to get in text. You can deliver such powerful messages through the way you shoot something and the kind of graphics you use and the pacing and the background music that just pulls people out of their comfort zone or has this emotional connection that’s really hard to get with other kinds of content.”

— Dan Roth, editor-in-chief and vp at LinkedIn, on how the social platform is investing in video and audio content during the latest episode of the Digiday Podcast

The update, latest in a line of algorithm changes this year focused on product rankings, changed how product reviews are ranked in its search results, prioritizing content containing “in-depth research, rather than thin content that simply summarizes a bunch of products,” according to the search engine’s developers page. But for publishers’ commerce content teams, this just meant more time, money and effort was needed to produce product reviews in an already busy time of the year.

“Did someone turn the temperature up in the room?” questioned Amro Naddy, vp and general manager at U.S. News & World Report’s 360 Reviews, when asked how his team has been handling the algorithm changes during a panel at StackCommerce’s Activate event earlier this week.

“It’s been a choppy 90 days in some of our product categories,” Naddy said, but added jokingly, “I burned some extra candles on my altar last night and prayed to the oracle to save us.”

One publisher who spoke on the condition of anonymity said they’ve needed to invest more heavily in original photography and feature reported expert opinions to keep their product reviews performing well.

“The sincerity principles are really huge with Google, [which] wants to know that you’re not just regurgitating specs for products, but are creating your own [product detail pages] and being hands-on. That’s worked for us here and there, but it hasn’t lifted all ships,” said the publisher, who spoke candidly in exchange for anonymity at the Digiday Publishing Summit last month.

Another anonymous publisher at the summit added that they’ve been “trying different [ways] to present [e-commerce content but] Google is really nailing us and trying to make sure that you have experts talking about [products], and it’s real and it’s not repetitive.”

3%: The share of publications with an average of at least 10 million unique visitors per month that had layoffs in 2021, the lowest percentage since 2017.

100: The number of unionized workers at the Pittsburgh Post-Gazette who went on strike Tuesday to protest their working conditions and the company’s refusal to negotiate a new contract.

What the Kroger-Albertsons merger means for the retail media landscape:

Learn more about the growth of programmatic advertising here.

Meta will no longer support Instant Articles, shifting away from news content on mobile:

Facebook’s parent company Meta is ending its support for Instant Articles, a proprietary mobile format it launched in 2015 that quickly loads news articles on the FB app, according to Axios. This comes a week after the platform announced it was shuttering its newsletter platform called Bulletin, a competitor to Substack.

With the launch of Semafor, Ben Smith is back to reporting on the media industry, including illustrating his time at the Times, which he describes as being “not a place that morphs easily,” in his first Semafor column.

SiriusXM is betting on live sports to revive subscriptions:

The subscription satellite radio company is investing further in live sports rights to try and acquire and retain more premium subscribers, according to Axios.