‘Lipstick fits everyone’: Beauty brands are still slow to use plus-size models 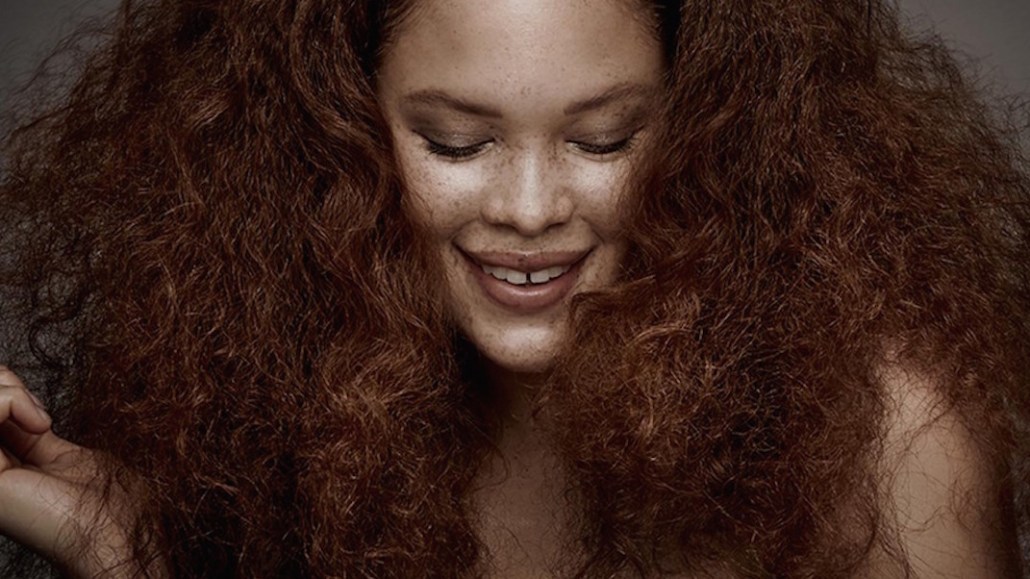 Though Nadia Aboulhosn has worked as a plus-size model and designer for the past seven years, she just booked her first beauty campaign last month.

“I would sit down in meetings with [beauty brands] telling them to create an eyebrow kit with me,” Aboulhosn said. “I’m not sure if I just wasn’t celebrity enough, but I kept getting turned down.”

After three consistent years of pitching beauty companies, Almay was the first brand to reach out to her directly. Aboulhosn was hired for an influencer campaign called “Reveal The True You,” part of a push to diversify brand marketing, an effort led largely by Linda Wells, Revlon’s chief creative officer and former editor-in-chief of Allure magazine.

While fashion is coming around to the fact that women above size 14 exist, beauty brands have not, a particularly puzzling oversight considering cosmetics have no size.

“I’m surprised this isn’t more a heated topic of conversation,” said Lauren Chan, fashion features editor at Glamour and former plus-size model. “It’s one area in which the traditional reason or excuse among designers and creative directors doesn’t stand — there’s no such thing as a beauty sample that won’t fit a size 14. Lipstick fits everyone. The more women who wear a bigger size are influential in the realms of style and lifestyle, the bigger the discrepancy when they’re not used for beauty campaigns.”

Beauty’s plus-size representation void
While there has been marginal momentum for plus-size women in beauty — for example, L’Oréal featured Sabina Karlsson and Marquita Pring in its most recent spring campaign for True Match foundation and Queen Latifah serves as a longtime brand ambassador of CoverGirl — for the most part visibility has remained relegated to the occasional curvy celebrity. But even those are few and far between.

“I think there’s hesitancy to step outside the status quo,” said Nadia Boujarwah, co-founder of Dia & Co, a personal styling company for plus-size women. “Brands can be nervous to take a risk on something they’ve never done before. But we’re undergoing a significant cultural shift, where women expect diversity and inclusivity in marketing campaigns. If brands want to earn the respect and trust of their customers, they need to embrace this shift.”

Boujarwah said plus-size beauty influencers and vloggers are continuing to gain traction, serving as an important platform to foster discussion on inclusivity and feature a more diverse array of women in beauty. However, without a robust social media following, it’s difficult to make waves, according to Aboulhosn, who only recently amassed more than half a million followers to solidify herself as an influencer.

While there’s been a push among beauty brands to diversify product offerings to be more inclusive of women of color, by and large they still neglect showing plus-size women in marketing. Take Glossier, for example, in which the women in its recent marketing images are racially diverse, but are all straight-sized models. (Glossier did not respond to request for comment on this story.)

An ad for Glossier Skin Tint

Aboulhosn said it was really only in the last year that there’s been a rise in representation of curvy women. Before she landed Almay, she was mulling over launching her own collection of beauty products (much like she created her own successful line of clothing) as a means of creating her own opportunities in an area where there was slim to none.

Even for Ashley Graham, who has become as close to a supermodel for the plus-size sector as the industry has ever seen, beauty remains a particularly untapped realm. In a recent article in New York magazine, she explained that while she has helped made significant process in breaking barriers for plus-size fashion, she has yet to find gigs in beauty. While curvy celebrities have been the voice of beauty brands, there has yet to a plus-size model, she said: “They still have yet to book a girl above a size 6 for a hair, makeup, or beauty campaign.”

“Beauty is anything but a size-less industry,” said Gil Eyal, founder and CEO of agency HYPR. “Where we are seeing exceptions are with influencers with unique body types that were able to build themselves significant audiences on social media – the Kardashian sisters leading the way, Jen Selter introducing the ‘round booty’ and Manny Guttierez.”

Moving the diversity dial
Michelle Lee, editor-in-chief of Allure, said she hopes that women like Graham continue to be vocal about lack of representation, to not just catalyze brands but also inspire more women to have the confidence to become models themselves.

“If you look at all the agencies, there’s a dearth of plus-size models,” Lee said. “[Graham] has done such a great job that have become more prominent, but in fashion and beauty there’s still a lack of representation. I think everyone is really getting there, but we need to get more girls that come up like [Graham] and become magazine cover girls.”

However, as far as Allure’s cover stars go, recent subjects have included a diverse array in terms of age and race, but less so when it comes to size. While Helen Mirren is on this month’s September issue in celebration of ageless beauty, and Muslim model Halima Aden graced the cover of the July issue as part of the publication’s diversity issue (which included more than 40 women of color), it has yet to feature someone like a plus-size beauty ambassador on its cover.

Ashley Graham, second from left, in a photo from her recent Vogue cover shoot

Chan of Glamour believes there will be a trickle down effect in beauty that mirrors the ongoing evolution of the fashion industry. Though she would like to see more plus-size models on the cover of beauty publications, designing products and marketing to be more inclusive of race should be top priority first. However, including diverse women across the board is always the ultimate goal, she said.

“The conversations about companies making racially diverse products are, in my mind, are more important, period,” she said. “There’s a lot of change to be done, but it’s happening. Size of models is one of the ways in which we’re getting it done. But these companies seem to be listening. I hope they take what they hear into account.”

The future of plus-size women in beauty
Kayvon Zand — founder of modeling agency Zand Wagon, founded earlier this year in an effort to cast more diverse models across race, size and gender– said he recently signed four models who stand outside of traditional sizing. While he has yet to do much in the beauty sector, he said his hope is the more visibility created across all markets, the more his agency can help shift cultural standards across the board.

“At the end of the day we’ve realized we can’t just create one ideal or what is healthy and what is beautiful. We have to be inclusive — beauty becomes in all shapes in sizes. That’s what it comes do it.”

Boujarwah, the co-founder of Dia & Co., said social media platforms will still be a vital tool in increasing plus-size inclusivity in beauty. Further, their robust followings and vocal fans could propel them to major beauty deals of their own, she said.

“There’s a vibrant community of plus size women creating beauty content online, especially on YouTube,” she said. “These women are taking the initiative to create incredible content themselves, and have built loyal communities of women who find these influencers to be both relatable and aspirational.”

Glamour’s Chan said ultimately she thinks enhancing plus-size representation in beauty campaigns will have a bigger impact and be farther reaching in its impact of changing societal standards than fashion.