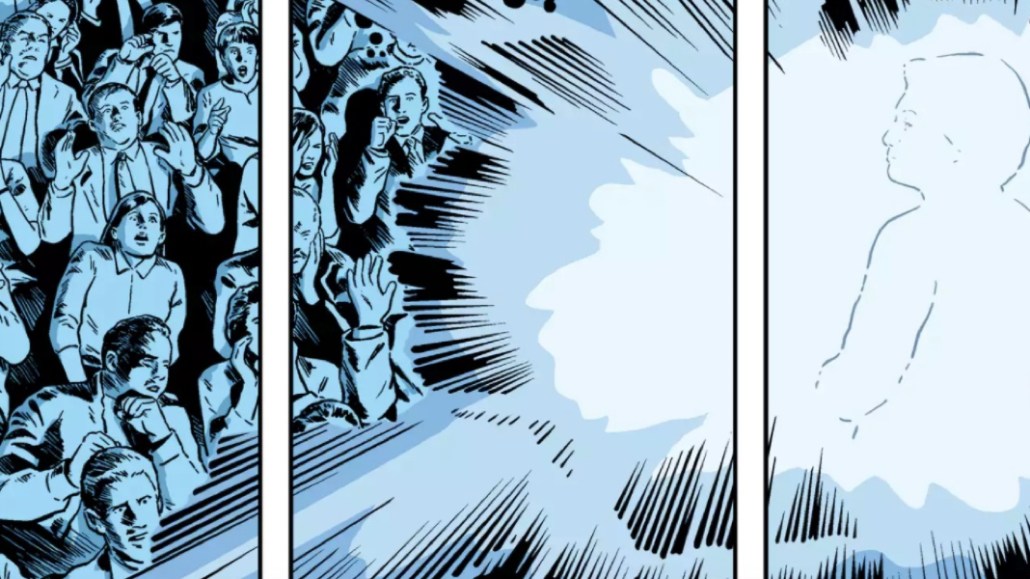 Josh Topolsky launched The Outline as an answer to the media’s desperate pursuit of scale, predicated on an outdated business model. Five months in, he said the popularity of its long articles shows that people care about long, quality storytelling, the popularity of Facebook and Snapchat notwithstanding.

“I think this industry has grossly underestimated the attention span and needs of audiences, and we’re working to counteract that every single day,” Topolsky wrote in an editor’s note.

From the outset, The Outline has pushed hard to be different. In addition to its flashy (and divisive) design, it’s commissioned comics and video games; launched a daily podcast and created dynamic, card-based ads for mobile. This week, the site published a second installment of a political comic book inspired by the seminal graphic novel “Watchmen” and it’s become one of the top-performing posts of the month.

Not everything stuck. On mobile, The Outline delivers content in a card-based format, a mobile-native design format. At the site’s launch, The Outline had a small cartoon character that showed readers how to swipe to find more stories. But readers had trouble figuring it out, and often wouldn’t move around to read more. The Outline then added dots, the kind readers have gotten used to seeing at the bottom of their smartphone screens, and the amount of content readers consumed on average tripled, Topolsky said.

Topolsky was clear from the get-go that The Outline, which has been described as The New Yorker for millennials, wasn’t going to be a scale play. Case in point: it pulled in barely 2 million unique visits (desktop + mobile) last month, according to SimilarWeb. (Its traffic totals do not hit the minimum threshold for comScore to track it.)

But Topolsky said the Outline can still compete for ad dollars with much larger publishers because its custom ads reach a smaller audience but perform well. Medium’s Ev Williams was “super wrong” when he proclaimed that the ad model was broken, Topolsky wrote. He boasted an interaction rate of 13 times the industry average for The Outline’s ads and a clickthrough rate of 25 times.

“You go to agencies, and take a look at the deals they’re selling, and you’re really only talking about a few hundred thousand of the really high performance, really interesting, useful advertising units, and then tens of millions of the stuff that nobody ever sees or uses,” Topolsky said. “The numbers [we offer] work out pretty well by comparison.”

Many publishers have chased brand content dollars by staffing up internal studios, chasing potentially lucrative but low-profit work. The Outline hasn’t jumped on the brand studio bandwagon. Its maintained a small ad creative and design team, partly because it only has to execute one or two campaigns per month. When a client wants something bigger, it white-labels design work from outside agencies, depending on the size and scope of what the ad partners want.

“We don’t want to be a brand studio,” Topolsky said. “Everybody wants to build their own middleman team, but I think there are more efficient ways to do that.”

Those early positive returns, along with the $5 million investment that got the site started, have him feeling well-insulated against what Topolsky feels is a massive correction looming on the horizon. “I talked to the CEO of one of the largest ad agencies in the world, and he said, ‘Pretty soon we’re going to issue a memo and we’re going to lop two zeroes off the list of sites we’re going to work with,’” Topolsky recalled. “The reckoning is just beginning.”