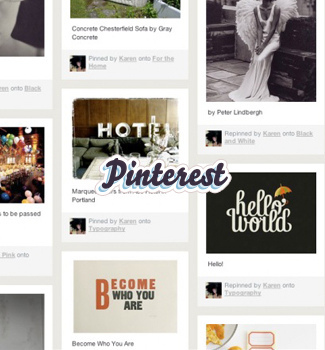 Is Pinterest the New Tumblr?: Do you have a Pinboard? If you don’t yet, you probably will soon. Pinboards are what you make on Pinterest, the social network/blogging platform/inspiration board site that was launched in 2009 and since then has quietly grown to reach 3.2 million unique visitors a month. The site is kind of like Tumblr in that it is easy to use and the emphasis is on the visual. Users of Pinterest make Pinboards, which are visual collages of cool, pretty, interesting things you find around the Web. Like with Tumblr, you can follow other people on Pinterest whose Pinboard’s you like. It seems like Pinterest could very well be the next Tumblr. The Atlantic Wire

Google Changes May Be Bad for Twitter: Google has announced changes to its search engine that will make it harder for Tweets to show up as search results. Twitter is obviously not happy about this, arguing that Twitter is often where news breaks first, which often means that tweets would be the most relevant search results for certain topics. Apparently, the new search changes favor GooglePlus posts. Reuters via HuffPo

Reddit Takes a Stand Against SOPA: Redditors are taking a stand against the Stop Piracy Act and the Protect IP Act. Reddit announced on Tuesday in a blog post that it would be shutting down the community sharing site on Jan. 18 in protest of SOPA and PIPA. According to Reddit, “The freedom, innovation, and economic opportunity that the Internet enables is in jeopardy.” Reddit sees the proposed legislation as direct threats to the livelihood of Reddit, other sites like it, and to the current state of the Internet. HuffPo

Tumblr of the Day: Here is a Tumblr I should have included in
“4 Funny Tumblrs About Agency Life.” This Site is Off-Brief

Video of the Day: Fans of AMC’s “Breaking Bad,” you will enjoy this. It’s a compilation of all of the point-of-view shots in the series. The Daily What