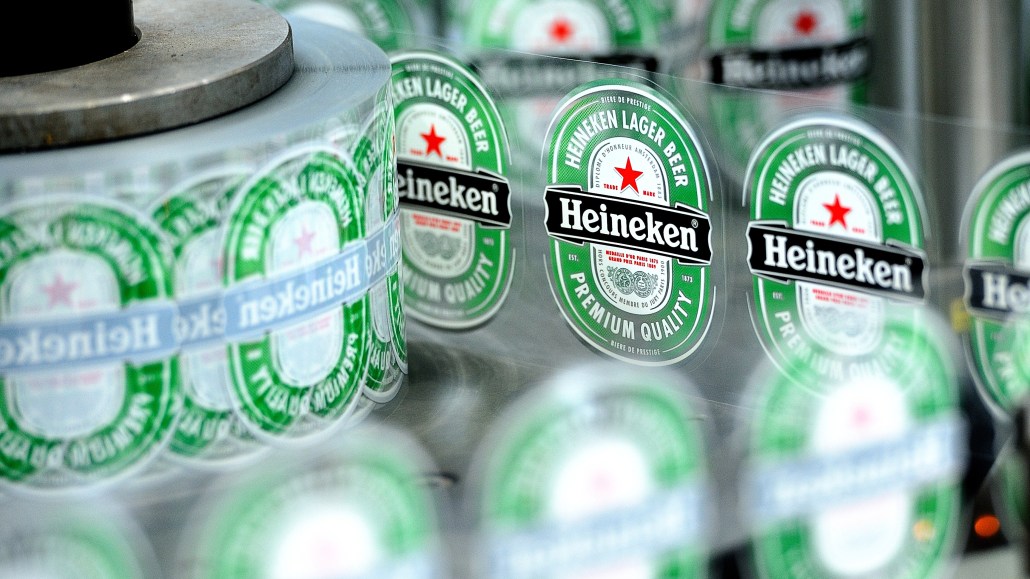 Months after losing business to Google, TubeMogul has bounced back: Beer brand Heineken announced on Tuesday that it would allocate 10 percent of its 2015 ad budget to programmatic and that TubeMogul would be its exclusive provider of video ad-buying software.

It’s a notable win for TubeMogul, which lost a large portion of Mondelēz’s business to Google last fall, and makes Heineken the latest brand to advocate for independent ad tech solutions as opposed to those offered by media sellers.

That is, Heineken and others believe it’s unwise to use a company’s ad tech products when purchasing that company’s ad inventory.

“There’s enough evidence to suggest that [these companies] are leveraging the pipes — whether that’s the platform or the marketplace — to actually manipulate their revenue,” Heineken’s senior media director Ron Amram told Digiday. “It’s a conflict of interest even if there’s no malice or manipulation, and I don’t want to put [a company] in a situation where I don’t trust [it].”

Amram’s comments relate to the concern that certain companies, namely Google, are using their ad tech software to pressure brands into buying their inventory. Demand-side buying platforms (DSPs) such as TubeMogul are used to execute transactions across multiple ad exchanges simultaneously and in real time, helping the brand buy ad inventory as efficiently as possible. Using a DSP provided by a company that also sells media — such as Google’s DoubleClick Bid Manager DSP and its YouTube video inventory — raises concerns that the company’s DSP will be used to funnel more spend to its media properties instead of treating all inventory objectively.

This “double-dipping” was a particular concern for Amram when assessing potential video DSP vendors, and part of the reason why he chose TubeMogul over competing solutions, he said.

“With Google, essentially, it didn’t meet the criteria of being independent,” Amram said. “YouTube is an important partner and platform for us. This is not replacing YouTube, but keeping YouTube in mind.”

Heineken’s deal with TubeMogul does not mean it will stop buying inventory from YouTube or any video publisher for that matter. It does mean that all video ad buys will be conducted through TubeMogul’s software, though.

The benefit of using a media company’s ad tech when purchasing that company’s inventory is simplicity, Amram acknowledged. But the ease of use must be weighed against concerns about objectivity.

It’s an encouraging sign for third-party ad tech supplies that don’t sell any media and thus can’t use access to media as a bargaining chip when negotiating with brands.

“From Ron’s comments, we can infer that TubeMogul is gaining the benefit of some of last year’s consolidation in video,” former Googler Ari Paparo told Digiday.

“With Adapt.TV, BrightRoll and LiveRail all getting acquired by major media companies and YouTube’s inventory getting preferential treatment by DoubleClick, there’s a real need for independent buying platforms,” Paparo added, referring to ad tech companies that have were acquired by AOL, Yahoo and Facebook, respectively.

And in this respect, concerns about objectivity are industry-wide and not limited to just Google. AOL, Facebook and Yahoo are some of the largest ad sellers on the Web and have all made significant investments in ad tech in recent years. Whether their position as an ad seller comprises the objectivity of their ad tech is the concern.

“There is a line of thinking — and I don’t necessarily subscribe to this — that if you own a platform and the own/operate media properties, you can’t be as agnostic in terms of serving the client as a pure platform,” according to Eric Franchi, co-founder at ad tech company Undertone.

Correction: In an earlier version of this story, Ari Paparo mentioned LiveRamp being acquired by data analytics firm Acxiom. He misspoke. He meant to reference LiveRail, a video ad tech company that was acquired by Facebook.