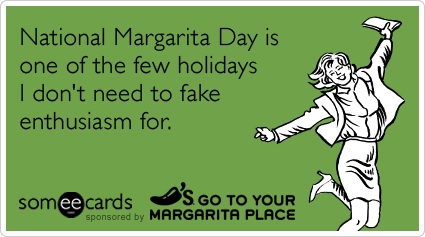 Nowadays brands want to be the life of the party in social media. There’s a problem: Most aren’t so funny. Enter Someecards, home to Internet funny in the form of deadpan e-cards.

The small publisher is differentiating from the pack by supplementing regular ad buys of banners and site skins with branded card campaigns. Last year the New York outfit did 25 such campaigns. This year it’s done a dozen, including zombie cards during Valentine’s Day for AMC’s “The Walking Dead” that drew over 1.8 million views.

Someecards uses its promotional muscle for the custom cards, tweeting about them to its 1.7 million Twitter followers and sharing them via Facebook too. The cards are also housed in a custom section on the Someecards site, which gets about 3.5 million visitors per month, according to Quantcast.

Duncan Mitchell, a co-founder of Someecards, said the typical campaign gets about 100,000 views. That doesn’t take into account Facebook, where posts can rack up several thousand shares. Even Pinterest has proven a redistribution platform with “repinned” brand cards.

“This stuff gets all over the Web, creating a halo around the brand,” he said.

The bonus for brands is the content created is theirs. That means they can use their own distribution channels, like Facebook, to push the content out. “The Walking Dead,” which has 6.5 million Facebook followers, pushed out its card there and drew over 21,000 likes and 900 comments.

Someecards crafts the cards to match the client brief. The advantage here is that Mitchell and co-founder Brook Lundy come from advertising, having worked together at TribalDDB. For a Chili’s campaign that ran yesterday, it crafted cards around Margarita Day. The card read: “National Margarita Day is one of the few holidays I don’t have to fake enthusiasm for.” The page includes Chili’s advertising and the card carries Chili’s branding along with Someecards.’