French daily Liberation has 1,000 subscribers to its kid-focused edition 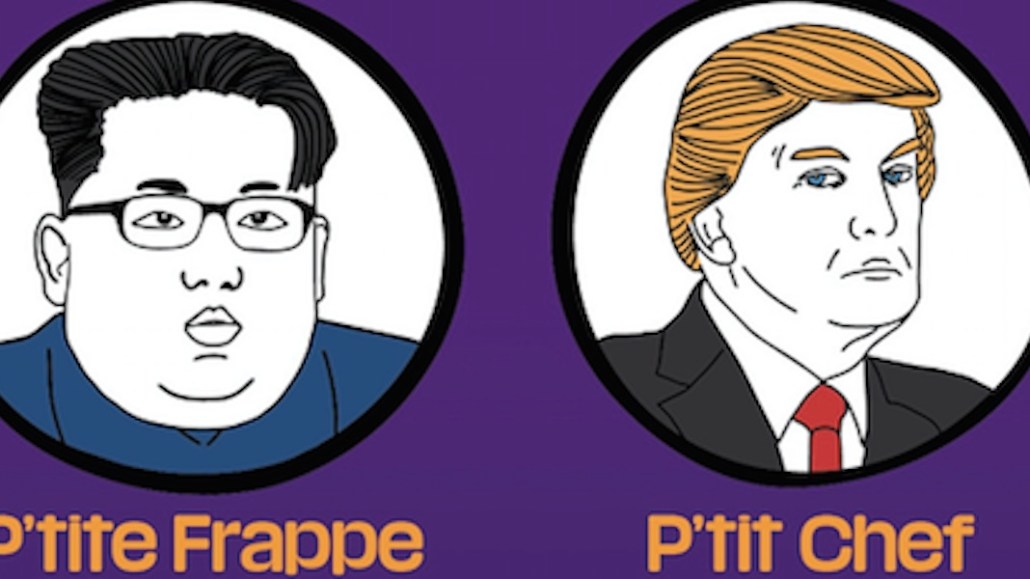 France’s Libération is among the many publishers bolstering subscription revenue, but in this case, it’s looking to kids to meet that need.

Last September, the left-leaning title launched a paywall on Le P’tit Libé, a weekly digital edition and iOS app geared toward children 7 to 12 years old. Each Friday, Le P’tit Libé takes a newsworthy topic like the Winter Olympics or Russian President Vladimir Putin and breaks it down into around six sections, five of which are behind a paywall. Since October 2015, Le P’tit Libé published free content once a month. A subscription costs €55 ($65.76) a year or €5 ($5.96) a month. As you’d expect for a kid-focused edition, Le P’tit Libé is image-heavy, with interactive quizzes and animation.

Since September, Le P’tit Libé has amassed nearly 1,000 subscribers with minimal marketing, a fifth of the way toward its goal of 5,000 subscribers by year-end, said Xavier Grangier, head of digital at Libération. (It needs to reach 3,000 subscribers to pay for the three-person team working on Le P’tit Libé.) So far, no one has unsubscribed, he added.

“We want to explain complicated topics like what’s going on in Israel and Palestine to kids,” said Grangier. “We want new people, new readers, new revenue.”

The focus on subscriptions has meant publishers are targeting younger people to build audiences. For Le P’tit Libé, Libération has been targeting parents who are existing subscribers with display ads on Libération. TV and digital campaigns will follow later this year.

The most popular topics include subjects typically covered in the news, like Harvey Weinstein, the independence of Spain’s Catalan region, as well as bullying at school. This summer, Le P’tit Libé will launch a 84-page print edition, featuring new stories plus updated stories from the past year, meant for kids to take on summer vacation.

In the past, publishers like The Sunday Telegraph have tried to grow their readership with children by launching children specific products, others have bolted on a kid-friendly news product to parents’ existing subscriptions. There’s limited appeal for such publications because there’s already a lot of free content available, though, said Nic Newman, editor of the Reuters Institute Digital News Report.

Creating news apps for children has its own hurdles. Each Le P’tit Libé subscription requires two accounts: one that parents can use to pay and a read-only account for kids. This second account is designed so there are no pathways back to Libération. Children’s apps go through a rigorous vetting process before they are validated on Apple’s app store, and it took Le P’tit Libé’s app a month to go live. Apple also gave the Le P’tit Libé iOS app an age rating of over 17 years because it contains content that links out of the app itself. Changing the age rating is a complicated process, and Grangier expects that for now parents are the ones downloading the app.

“Everything is more complicated creating something for children — payment processes, app validation, and obviously, the content needs to be easier to understand,” said Grangier. “It needs to be so separate from the outside world.”