Once focused on scale, Hearst is cutting back on aggregation and viral fluff 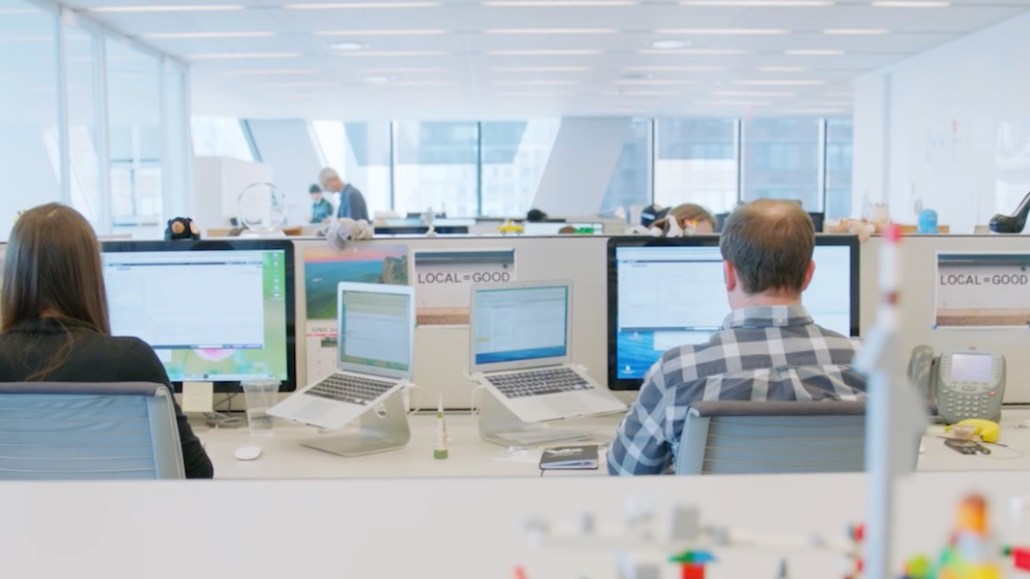 Digital scale used to be the watchword at Hearst Magazines, but it’s now joining the stampede to original reporting.

Back in January 2017, only one of the company’s top 50 stories included some research or reporting or both, said Kate Lewis, svp and editorial director of Hearst Magazines Digital Media. The vast majority of those stories were quick takes, like a compilation of Twitter responses to a news event. Top performers of this ilk included ones like these on internet reaction to a photo of a snake and to a “medium rare” chicken recipe.

But Lewis found that by December that year, 28 of Hearst’s top 50 stories had research or original reporting. That held steady, with 24 of the top 50 in February having research or reporting, according to Hearst. Recent top performers included this one on a figure skater who performed to a Beyoncé medley at the Olympics as well as an oral history of “Breaking Bad.”

“That’s a real shift in terms of how we’re distributing,” Lewis said. “Our whole organization is set up to be responsive to our readers. We saw pieces that had some unique piece of info or angle performing better, no matter where it comes from.”

Five years ago, Hearst’s priority was getting its portfolio of print magazines, including Cosmopolitan, Elle and Esquire, to work together and produce more content faster. To that end, it created a centralized news desk under Lewis. The company also ramped up sharing across titles and created contributor networks. The strategy worked: From the beginning of 2014 to February of this year, traffic nearly tripled to 91 million monthly unique visitors, according to comScore.

Hearst said scale remains an important goal, and it still does quick hits that it continues to distribute in different forms tailored to the delivery platform. But the company is also looking at metrics like time spent and actions taken, like reading another article.

Along with the shift in story type, Lewis said average minutes per visitor also has grown year over year. She didn’t have a portfoliowide number, but said that most sites were up in the ballpark of Delish, Hearst’s biggest site, which grew 11 percent; and one of its smaller sites, Town & Country, which was up 53 percent. Other factors that could have driven increased time spent include more use of video, other visuals and polls in articles. Across Hearst’s network, monthly unique visitors rose to 92 million in February from 79 million a year earlier, per comScore.

(It’s worth noting that during this time, Hearst hasn’t cut its story output, which could mean people are working harder to produce more elaborate stories. No one said digital publishing was easy.)

Lewis offered a couple reasons for the shift to more substantive stories. There are more apps (Snapchat and Apple News) offering more varied ways for people to get news and information, which may be raising readers’ expectations for quality. The busy news cycle last fall, with big stories like #MeToo, natural disasters and the Las Vegas shooting, also has forced differentiation. Hearst is sending reporters to cover more events on the ground, including someone that went to South Korea to cover the Olympics for all the digital brands, said Kate Storey, digital news director at Hearst.

“There was so much happening, so we had to think really strategically because we’re not a boots-on-the-ground newsroom,” Lewis said. “There was an awareness that what we needed to go after was something different. The noise of the internet is at peak, and unique angles, original content can help break through that noise.”

Hearst joins other digital publishers in emphasizing metrics like time spent over scale as the value of digital advertising fueled by cheaply produced content has declined.

Marketers also are shifting their focus toward quality of engagement rather than quality, especially when it comes to high-consideration products, said Jeremy Tate, Boston gm of the agency DWA. “Before, it was: How much audience did I reach? How many impressions did I get? It’s not as much about tonnage anymore.”

The issue is that it’s still impossible to know if more attentive readers are necessarily going to be more valuable customers — or less valuable ones.

“I’ve been in situations where there’s a deep engagement with the publisher that doesn’t translate into engagement with marketing messages,” he said. “That’s always the risk. You find an engaged user, but you can’t get them to engage with the advertising message.”