How fusty old Hearst is becoming a modern publisher 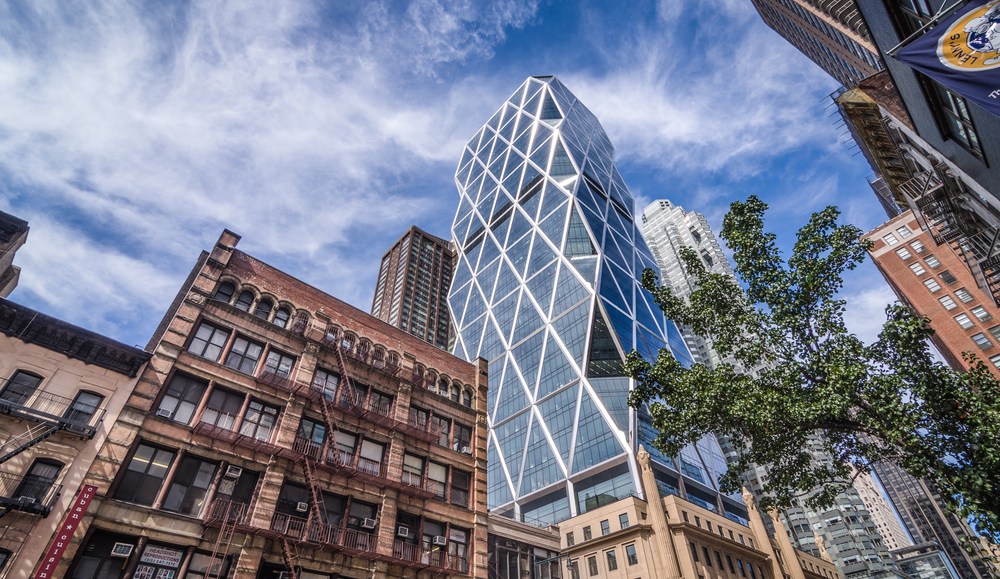 Being a publisher today means marrying scale and distribution. That’s hard enough, but what if you’re a legacy publisher with a sprawling collection of brands with neither a strong digital DNA nor a history of working cohesively? That’s the situation facing Hearst Magazines, and the job of getting them to publish at Web speed and working together falls to Troy Young, the magazine company’s president of digital media.

Publishers today brag about their content management systems as their differentiator, but to hear Young tell it, putting all the titles on a common publishing platform is the easy part; it’s bringing efficiency to publishing at scale that’s hard. Young even has a term for all this: he calls it a “media operating system.” (Wait for that term to start infiltrating the halls of Hearst, like his catchphrase “Months to moments” before it.) Here’s how Hearst is tackling the gritty work of modernizing publishing:

Hire digital natives
In typical monthly magazine fashion, Hearst’s 21 magazines traditionally have taken a measured, top-down approach to publishing. To flip that model for digital, Young has made a priority of hiring digital natives who can react in real-time to conversations people were having in social media. He also took the online editorial staffs from the brands’ oversight and had them report to Digital Media to empower them to move fast. He said the change in reporting structure was “a little bit of a struggle at first,” but that the sites are stronger as a result.

Promote a culture of cooperation
Cross-title collaboration is new to Hearst, many of which are historical rivals. In addition to centralizing the digital staff, Young also created a company-wide news desk that comes up with articles that can be shared across the network, like, for example, with the article Before She Died, Joan Rivers Laid Out a Very Specific Vision for Her Funeral. To get people from different brands to work together, Hearst brands also use the same chat system, so while each brand has its own chat room, editors can jump in and out of each others’, too.

Design
Hearst is in the process of redesigning its entire portfolio (those done so far include Cosmopolitan, Town and Country and Veranda), with the goal of all sites to be done by the end of the first quarter. Design is done in the browser instead of in Photoshop. This way, designers can see what the reader experiences. In theory, this makes the process more authentic and faster. 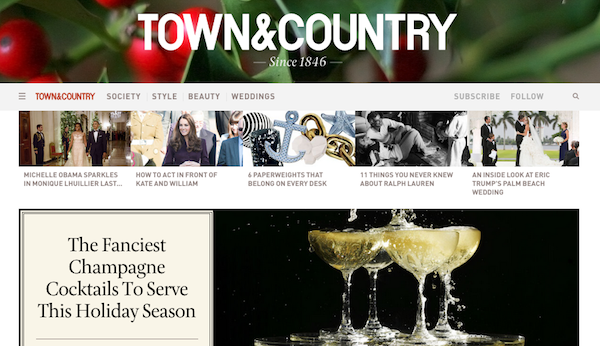 Sharing content
With 21 magazines and 15 daily newspapers in the U.S. alone, Hearst has a deep reservoir of editorial content that can be shared across titles, with the goal being that 20 percent of a site’s content comes from another title. To that end, the news desk is constantly combing through stories across Hearst’s network of sites and identifying those that could work well on other sites. That means a story like this one, This Mother Sacrificed Her Own Life to Save Her Unborn Son, that got 10,000 views on Woman’s Day, can benefit from the megaphone of Cosmopolitan.com, where it got 350,000 views and 4,200 shares on social media.

Using — and sharing — data
In the past, editors at one brand didn’t have access to what stories were performing well on sister brands’ sites. That’s changed with Hearst’s new publishing platform, which provides transparency across sites. Data also informs a centralized news desk about what topics are trending on social media and should be covered by Hearsts’ sites. In the future, data will come into play when Hearst starts a/b testing to see which articles get the best response with readers. Young said this approach to data feeds what he calls “collaborative competition.”

“I made all of our numbers transparent so Elle could see Harper’s Bazaar and there was no longer this barrier,” he said. “If they collaborate, we can raise all boats.”

Common ad format
Hearst’s efficiency-driven approach to content production extends to native advertising. It’s created a common ad format, as shown in this example below on Cosmopolitan.com, that can be used across the network. The ads are produced by a branded content unit that works closely with Hearst editors to keep the ads consistent with the voice of the host publication. The ad unit itself, called Shared Spaces, is labeled with the magazine brand plus the advertiser’s, to communicate that the content comes equally from Hearst as the marketer. 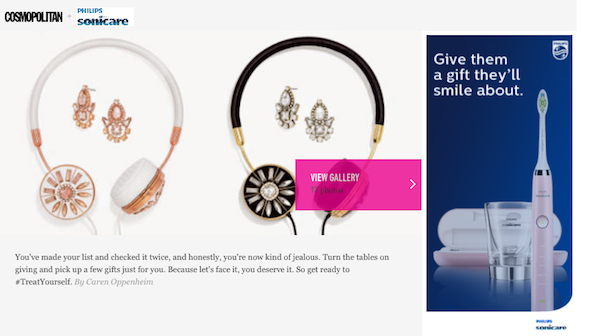 Tap contributors
Hearst has increased its traffic to 41 million monthly uniques from 31 million in the past year, according to comScore. It’s increased its posting volume, sharpened its social media strategy and ramped up cross-title sharing. But it’s also looking at contributors outside the Hearst network to the audience to expand, as Forbes and The Huffington Post have done. Hearst is working on a contributor system that will assign writing tasks to outside experts in select areas that have strong reader interest. The plan is to launch it in the first quarter with select titles.