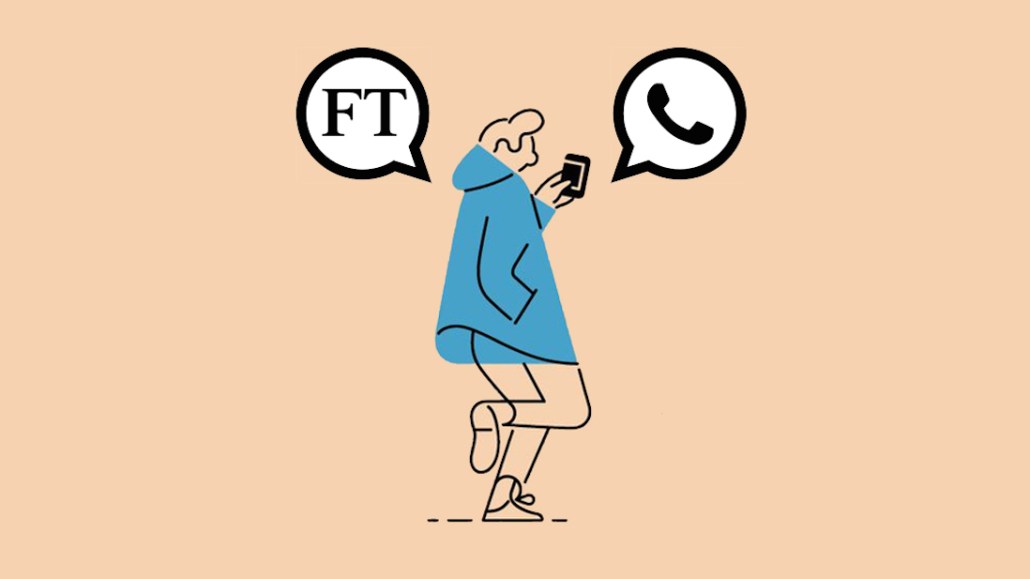 For subscriptions-based publishers, preventing existing subscriber churn is as essential as driving new subscribers. At the Financial Times, the editorial team isn’t averse to testing seemingly old-school methods to do so.

The publisher’s editorial team has hosted 10 FT Engage events in London over the last year, each with a core purpose: to build more direct relationships with subscribers, while also attracting new ones, by offering exclusive access to FT journalists. In the last few weeks, the audience engagement team has pulled data to examine the correlation between those who attended and their subsequent frequency of visits to FT.com, volume of articles consumed and the recency of their visits. Combined, this data yields an engagement score, by which the publisher judges its success. The results: Engagement scores of subscribers that have attended an event have spiked 300 percent on average, according to the publisher.

The FT wouldn’t break down the 300 percent into individual user habits, but the data is enough for it to begin expanding the program internationally.

Some of the Engage events have been tied to major news themes, like Brexit, and they’re structured to give subscribers the chance to mine the knowledge of FT journalists on these topics. Others have focused on wider trends pertinent to FT areas of coverage like the gender gap and 21st century skills in the workplace, and the rise of European populism. Still others are based on readers’ interests and requests, which resulted in an event with the theme of football culture — not the typical editorial stomping ground for the FT.

The total number of attendees was capped at 100 people, roughly half of whom were existing subscribers and the other half new to the FT. After an event, attendees were sent follow-up emails with relevant links to articles that FT journalists referenced in the sessions and a breakdown of what was covered, along with discounts to other FT products. Naturally, it was harder to track the online behaviors of the people who were new prospects, so the core results were monitored from the 500 subscribers that attended across the 10 events. The FT found that those 500 individuals’ engagement scores spiked 300 percent in the 26 weeks after an event, compared to the 26 weeks before one.

“A lot of quantitative data like web behavior can tell us what is happening, but why it’s happening is harder to get. So having that in-person relationship with readers, which is what the relationships built at these events start to foster, helps with the why,” said Alyssa Zeisler, engagement strategist at the FT. “That engagement metric we use is directly linked to retention, and the higher the retention, the less likely they are to leave us, which is very important to our bottom line.”

Putting on an event is nothing new in publishing, but Engage has been an editorial-led exercise created separately to the core FT conferencing division, which puts on sponsored FT Live summits throughout the year. Engage events aren’t sponsored and cost between £15 ($20) and £30 ($39) — far cheaper than the main events the publisher runs, which cost between £649 ($846) and £849 ($1,107). Engage events’ sole purpose is to drive reader engagement, ultimately driving up the lifetime value of a subscriber, as well as introduce new ones.

Engage will expand internationally with an event planned in New York in the fall. Another ran in Singapore earlier this year. The plan is to work closely with marketing teams to move both the new readers and existing subscribers that attended the events further up the subscription funnel, according to Zeisler.