‘We’re figuring it out day by day’: Media faces extreme uncertainty in the wake of ad pullbacks 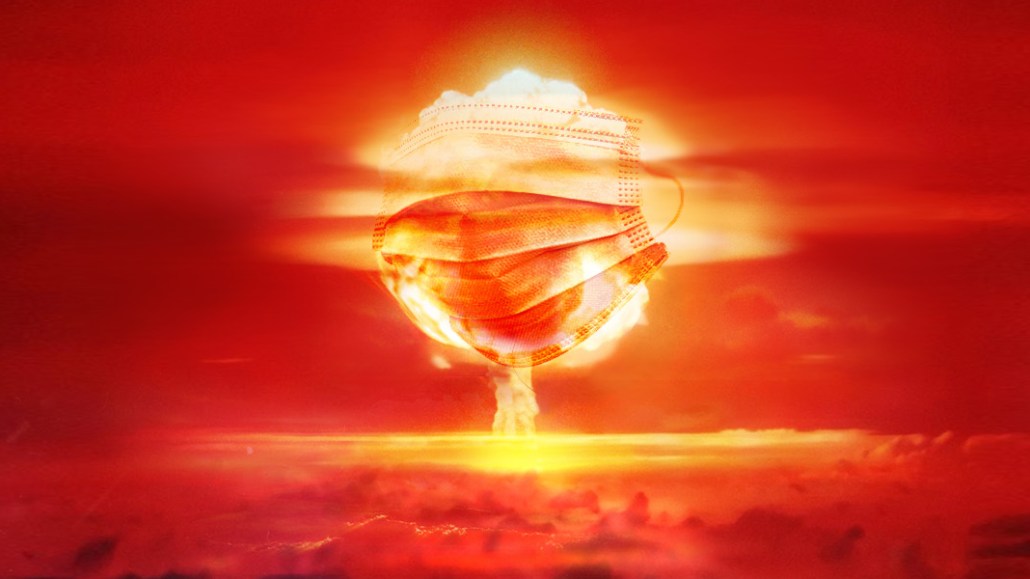 Media companies are hemorrhaging business as advertisers rapidly cut off spending because of the coronavirus outbreak.

The obvious categories, like travel, film and retail, are contracting so too are financial services and restaurants. Media companies are working to offset those revenue losses by turning to companies more likely to advertise right now, such as streaming services, food delivery and e-commerce companies. But, given how rapidly the global economy is cratering, the media companies are still trying to ascertain how much more revenue they may stand to lose.

“We’re figuring it out day by day,” said one media executive. “From a forecasting standpoint, we’re looking at what are categories [of advertisers] that are on the books for Q2 that are likely going to pull out because they’re either in theatrical or travel or retail.”

One media company has already cut at least $2 million from its sales forecast for the first and second quarter of 2020, “and that’s conservative,” said an executive at the company.

As media companies work to assess coronavirus-related impacts on their advertising businesses, they are also dealing with the predicament that there’s not all that much they can do in response to advertisers pulling back money. When it comes to programmatic sales, advertisers can simply stop spending. Media companies are trying to anticipate such programmatic pauses in case they can be avoided, but doing so is difficult. “Outreach is a big part of the strategy. It’s a lot of ‘talk to me, Goose,’” said a third media executive, who appears to be using this quarantine time to catch up on Tom Cruise movies.

Even direct deals are at risk. While these deals often feature protections to prevent advertisers from pulling out at the last minute, media executives said they feel disinclined to invoke those protections because they don’t want to rupture their relationships in the short term and put even more revenue at risk in the long run. “You don’t want to jeopardize the future, keep dollars in Q1 or Q2 and burn bridges for later in the year into next year,” said the first media executive.

TV networks’ upfront deals with advertisers typically feature so-called “relief” clauses that enable an advertiser to cancel commitments. However, those cancellations need to be requested at least a month before a quarter begins, according to agency executives. Considering how the pandemic’s impact on many businesses has intensified since the beginning of March, the agency executives expect that travel, restaurant and film advertisers will ask networks to make exceptions.

Networks have made exceptions in the past for individual advertisers, but the potential for many advertisers to ask to be released would put the networks in a difficult position. “It’s tough to let every restaurant or movie advertiser out of their commitments,” said one agency executive, who added that the situation is “just starting to be discussed.”

Other media companies are having similar discussions with advertisers that buy their digital inventory directly. Those direct deals often allow advertisers to cancel at least seven days before ads are scheduled to run, according to a third media executive. But a lot can change in a week, like March Madness being canceled a week before the men’s college basketball tournament was scheduled to begin. That has jeopardized campaigns running on media companies’ properties that were meant to tie into the event. One media executive who had campaigns slated to run in connection with March Madness said they have been able to work with the advertisers to adjust the campaigns’ creative assets.

Nonetheless, as the sports hiatus continues, other events are postponed or canceled and companies feel pressure to pull ad dollars, media executives are girding themselves for the potential that more advertisers may cancel deals. In that event, they still expect to agree to exempt advertisers in hopes that an advertiser will return to do business with them after the pandemic is over, but they are beginning to consider asking for that in writing.