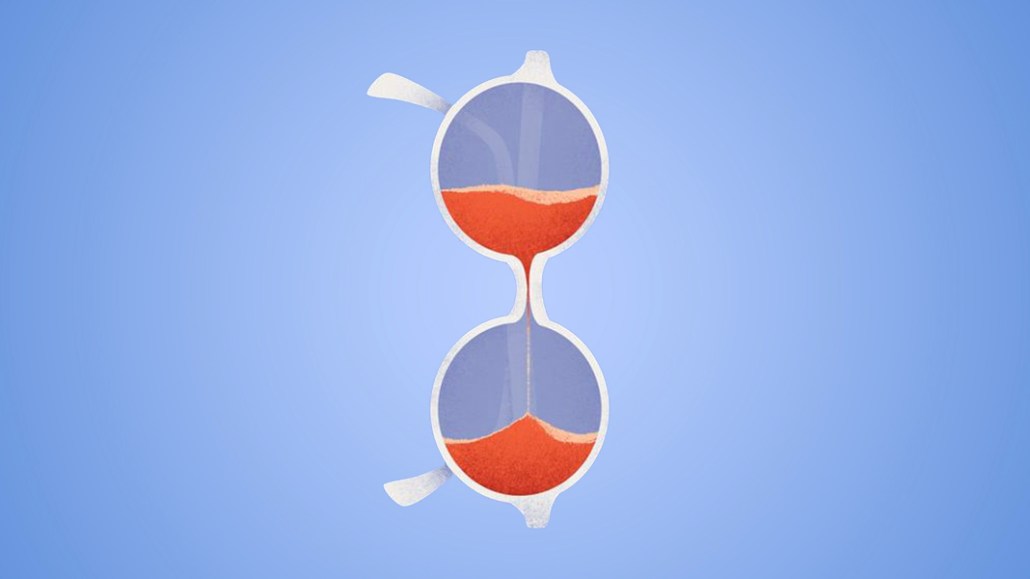 Early data suggests that Facebook’s Watch is getting viewers to spend more time watching videos. But Facebook still has a long way to go to achieve the levels of retention that top video creators and publishers can get on YouTube.

An analysis of 46 videos on 15 different Watch pages — including pages from top publishers and video creators Facebook is paying to make shows — found the videos averaged 23 seconds in time spent, according to social video analytics company Delmondo. This is greater than the 16.7 seconds Facebook said its users spend watching a video in the Facebook News Feed, on average, in June. It’s not uncommon for average watch times on Watch videos to be double or triple that of Facebook News Feed videos, according to other data tracked by Delmondo. A little more than a month old, Watch already offers hundreds of shows, each with its own page.

Top publishers such as Attn and Condé Nast also said they’re seeing greater retention on their Watch videos, with Attn stating that their Facebook Watch episodes are getting double the retention rate of their “regular programming” on Facebook.

“That’s because we have noticed our audience has developed an increasing appetite for longer-form content,” said Martha Pierce, head of audience for Attn, which has rolled out two shows on Watch — “Health Hacks” with Jessica Alba and “We Need to Talk” — so far.

Watch is Facebook’s biggest attempt yet to create a YouTube-like video experience on its platform. Facebook wants people to visit Facebook more often and spend a longer amount of time on the platform. So it’s incentivizing publishers, celebrities and top YouTube personalities by funding original episodic shows and algorithmically favoring longer videos within the News Feed.

“Many individual videos are being watched with an average watch time of one minute or one and a half minutes,” said Nick Cicero, CEO of Delmondo. “These are videos that are modeled after YouTube. Right from the get-go, [Watch is] trying to put people into a mentality for watching longer videos. There’s an intent by publishers and creators to make great stories that can last longer and capture attention spans for a longer period of time. So, there’s a natural growth in watch time.”

The early data shows Watch is trending in the right direction, but it’s clear that Facebook has a long way to go to establish the type of video experience it wants. Most Watch videos run anywhere from four minutes to 10- and 20-minute, TV-style episodes. Even measured against the lower end of that spectrum, 23 seconds is not a significant retention rate — and it’s nowhere near the consumption levels achieved by TV and top YouTube channels. (Notably, though, it does surpass the 20-second barrier before mid-roll ads, which have yet to be a source of significant revenue for publishers).

Recently, publishers that have placed an emphasis on longer videos are seeing longer watch times and completion rates on their YouTube content. For instance, earlier this year, Vox.com said half of its YouTube videos were being watched for an average of four minutes. Bleacher Report and CNN’s Great Big Story have claimed completion rates of 65 percent or higher on YouTube.

The hope, for Facebook and for Watch publishers, is to grow to those consumption levels.

“If you get people into the Watch ecosystem and get them to watch episode after episode, there’s a whole new opportunity from a business perspective that you can’t replicate in the News Feed,” said Croi McNamara, svp of digital video programming for Condé Nast, whose dating show, “Virtually Dating,” is one of the top shows on Watch with 17 million video views, according to the company.

There’s evidence that when Facebook users treat Watch like YouTube — specifically, manually choosing to watch videos rather than being force-fed an autoplay video — they will spend time with the content. Retention rates on click-to-play videos are typically between 50 and 75 percent, according to Delmondo.

“[A higher retention rate] demonstrates that audiences are beginning to see our videos as something much bigger than a News Feed experience,” said Attn co-founder Matthew Segal. “That bodes well for our ability to tell longer stories.”