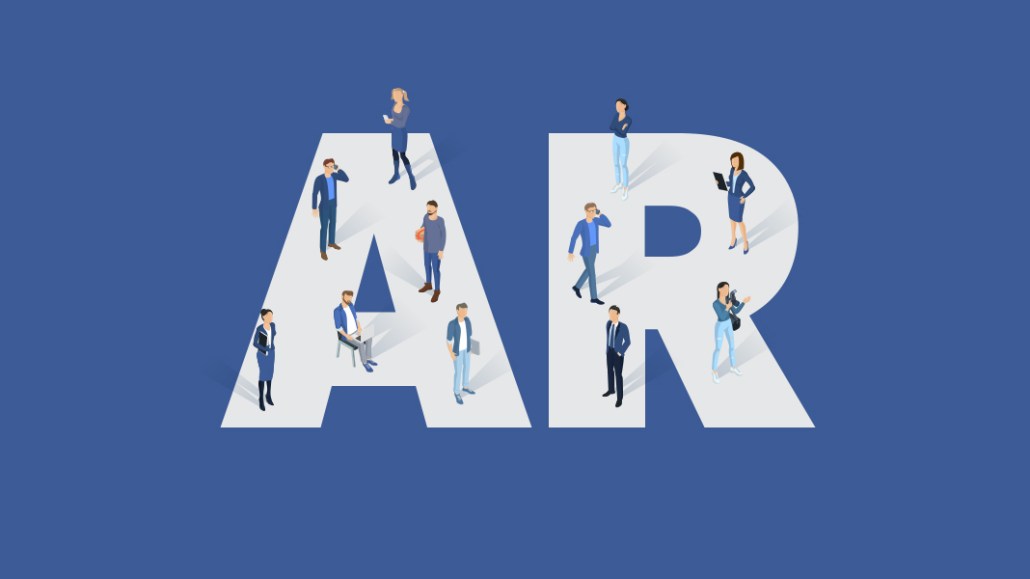 Most brands have yet to see what augmented reality on Facebook looks like, but that could soon change.

Since Facebook revealed the studio last April, the social network’s own developers, based in the U.S., created a large portion of the early AR effects for advertisers. That worked when there was limited access to the tool through a closed beta program, but since it was made available to all third-party developers last month, the social network will expand its AR plan beyond the U.S.

Facebook is gradually building a portfolio of high-profile brand AR effects as the platform moves past its open beta phase, said one developer, who revealed Facebook’s AR pitch to Digiday on condition of anonymity.

Nike, Manchester City, MTV, Gucci, StudioCanal and HBO are among a handful of big brands that have tried Facebook’s AR effects in recent months. Metrics from Facebook for those AR effects have been “basic,” said the same developer, who only has access to usage and view numbers. Facebook has promised, however, that its Facebook Analytics tools will include AR effects later this year, the developer added. What few campaign statistics the developer has seen have been encouraging: “You hear how proud influencer agencies get when their work receives high conversions, but we’re seeing some AR effects on Facebook that are more than double the typical influencer conversion rates at 7 percent and higher,” the developer said.

StudioCanal has been “delighted” with the usage stats from the “Paddington 2” effect it ran during the holiday season, said Jamie McHale, the digital marketing manager at StudioCanal. The campaign, which the studio’s team of Havas agencies developed, generated over 324,000 uses and 2 million views, revealed McHale. Considering StudioCanal’s investment on the AR effect’s design and development, these results are solid, he said. “As such, we are in various stages of development for camera effects for our upcoming titles.”

Part of the attraction for brands like StudioCanal is that the effects are a content type rather than an ad unit. The advertiser either develops the effect itself or hires a developer to produce it, rather than purchasing an ad unit from the social network. Therefore, the cost of creating a Facebook AR effect is relatively low compared to sponsored lens packages on Snap, the developer claimed. And an advertiser’s overall reach depends on the creative and wider marketing support it receives rather than how big the media buy is.

Advertisers could be further tempted to try Facebook’s AR effects following its decision to shift the news feed to favor posts from friends and family over those from brands and publishers. While paid ads remain unaffected by the change, AR, like Facebook Live, could be seen as a relatively low-cost way to reach more people with organic posts. “As a content form hatched on a brand page,” said the developer, “AR is highly remixable video that travels beyond a brand-to-person exchange and seeps into other parts of Facebook and other parts of the social web.”