‘Everything was done in stages’: How Covid-19 impacted DoorDash’s first Super Bowl spot 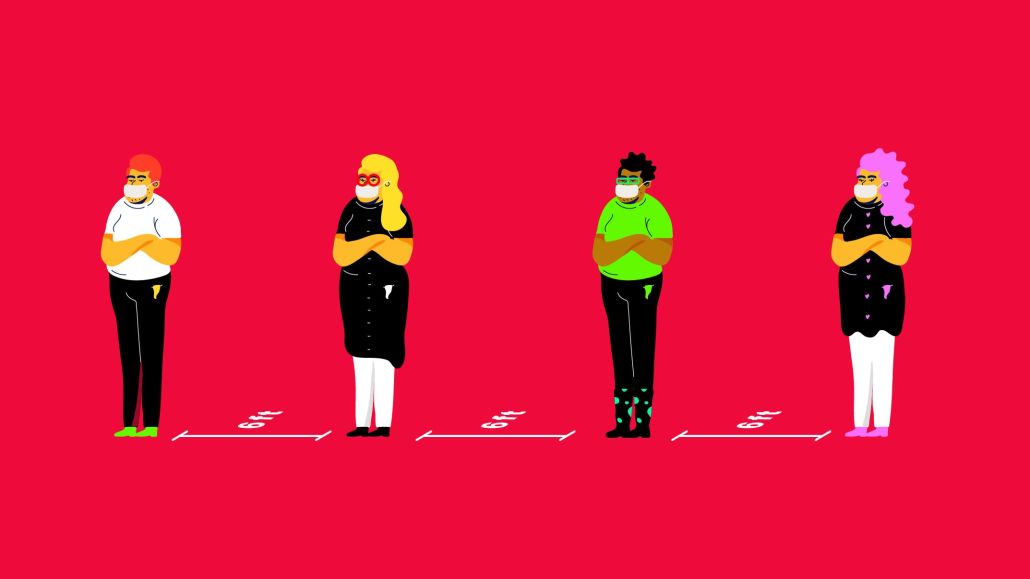 It’s the eight-year-old company’s first time throwing its hat in the Super Bowl ad arena, where a 30-second spot on CBS during the Big Game will reportedly run advertisers $5.5 million this year. DoorDash is among other first-timers like Chipotle and Hellman’s, while major advertisers, like Budweiser, Coca-Cola and Pepsi, are sitting it out.

“This year, unlike last year, we had something more to say than just ‘Get your favorite restaurants on DoorDash,” said David Bornoff, DoorDash head of consumer marketing. “[Super Bowl] is a huge, tuned-in audience — let’s take advantage of that.”

The company is aiming to do so with a multi-platform marketing campaign, titled “The Neighborhood,” featuring actor and rapper Daveed Diggs alongside Sesame Street fan favorites like Big Bird and Cookie Monster, that shows the other goods the company will now deliver including household supplies and convenience items as well as local restaurant fare. In addition to the Super Bowl broadcast spot, it includes a $1 million charity initiative and a full-funnel campaign across digital media, social, CRM and experiential efforts.

DoorDash worked with The Martin Agency on the spot. Executive producer Tricia Hoover said because of COVID precautions, the spot took four days to shoot — a job that could have otherwise been completed in two days.

“Everything was done in stages. It does slow you down, but obviously was necessary because we didn’t have a single incident on set,” Hoover said.

The 60-second spot was filmed in Brooklyn and directed by Michel Gondry. Production approval closed by October and filming started in November, with strict rules in place to curb COVID transmission. Anyone traveling for the shoot had to be tested for COVID frequently. Teams worked in shifts to produce the set, film and cleaning was constant.

The number of people on set at any given time was also reduced. Everyone except The Martin Agency core team worked remotely, in different time zones across New York City, Los Angeles and Virginia. This included DoorDash representatives, who oversaw their Super Bowl spot from afar — an unusual move, but necessary in the age of COVID, said creative director Jonathan Richman.

“Since [DoorDash is] not there, you kind of have to put on the client hat and be thinking for them on the ground in anticipating what they want, what options they’ll need. We become the stand-in clients in a way,” he said.

The changes come with a bigger price tag, said Hoover. Hoover hasn’t crunched the numbers for the Super Bowl spot, but The Martin Agency executive team has noticed at least a 20% increase in budgets in light of the pandemic.

Production companies are having to get creative to work during COVID, said Greg Manago, president of Content+, the content studio at Mindshare.

The content studio has found a workaround in shooting outside or coaching talent on how to film themselves.

“It’s like that scene in Apollo 13 where the NASA engineers dump all the supplies the astronauts have on board the capsule onto a table and their challenge is to figure out how to use what they have available in space to their ship and get them home,” he said in an email.

Shooting for an event like Super Bowl only adds another layer of pressure. If key crew or talent tests positive, teams have to pivot because “the deadline for the Super Bowl doesn’t move.”

On the consumer-facing front, Bornoff lamented the campaign not having a live action element due to the pandemic. Instead, the head of marketing pointed to an experiential activation for the campaign.

Bornoff said “part of the experience will be in the product,” although he declined to give further details. There will be, however, an opportunity for consumers to get involved through the social impact initiative, in which a portion of DoorDash proceeds will be donated to Sesame Workshop — up to $1 million.