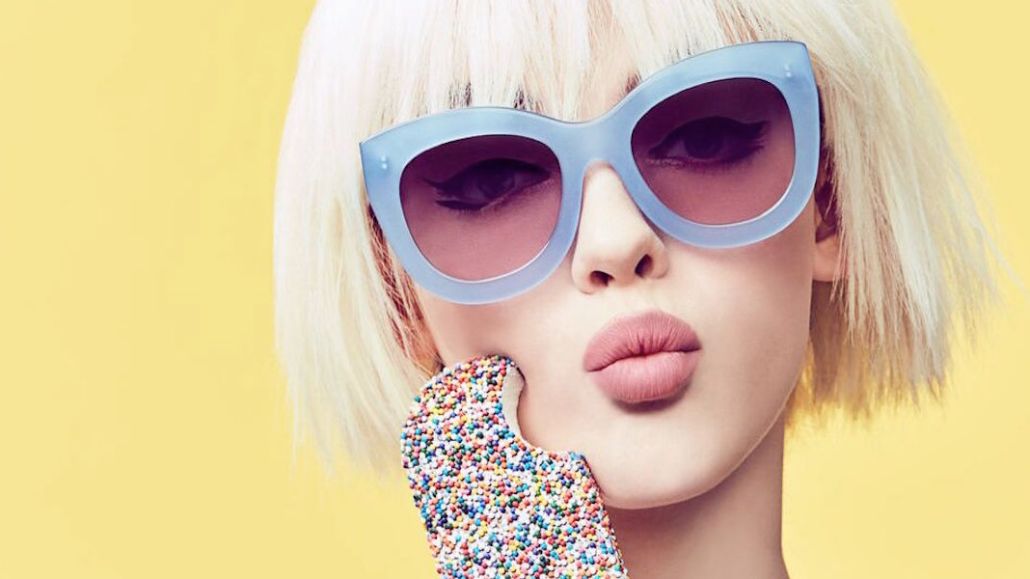 While most bespectacled consumers have likely heard of Warby Parker, many have yet to come across Eponym, another startup that’s just beginning to make waves in both the eyeglasses and sunglasses markets.

When it comes to luxury eyewear, most of the major high-end brands have exclusive license agreements with Italian company Luxottica. In addition to owning brands like Oakley, Ray-Ban and Persol, Luxottica is the parent company of major distributors like Sunglass Hut, LensCrafters, Pearle Vision and Sears Optical. It also holds the licensing rights to the eyewear of several luxury companies like Chanel, Prada and Versace. Where Eponym comes in is to help smaller luxury brands find their footing in the eyewear market, which is highly technical, said CEO Alexander Lipovsky.

Lipovsky started Eponym six years ago after attending an eyewear trade show he described as “a Coterie for eye doctors,” where he felt dismayed about the lack of his favorite brands on display.

Among the underrepresented was Steven Alan, who Lipovsky approached personally about creating an eyewear line, which transpired to his first partnership in 2013. Eponym has since teamed with a number of brands, launching Jason Wu’s glasses collection in February and Alice + Olivia’s first line of eyewear this month, in partnership with designer Stacey Bendet. Next up is a pending collaboration with Billy Reid, slated to launch in the fall.

Despite Lipovsky’s assertion of Luxottica’s control of the market, according to data from Euromonitor, 954 million frames were sold in 2015, just 93 million (less than 10 percent) of which were made by the company.

“Eyewear is a growing industry, and demographic drivers and demand continue to support future growth,” a Luxottica spokesperson said. “So there is plenty of room for new players. Ultimately, consumers will be able to choose the brands that resonate with them most, which is why our investments in brand quality and product innovation are more important than ever.”

Given that 60 percent of the U.S. population wear glasses, they will always be in demand. Lipovsky said what separates Eponym from brands like Warby Parker and more traditional companies like Safilo is that it works collaboratively with brands to sell directly to consumers, rather than going through an eye doctor or operating as an autonomous brand.

“What Warby inherently is, though, is its brand. A brand can be both the best thing in the world and the most limiting,” he said. “Part of being a brand is meaning something to your customers. The bigger you become, innately the less relevant you become to customers. You can’t be a brand and be everything to everyone.”

For the most part, consumers bring their prescriptions to Eponym in search of a stylish pair of glasses. This allows Eponym to sell at a lower price point than Luxottica, which sells primarily through optometrists. Lipovsky has remained vocal about the detriments he feels Luxottica has made to the market, particularly following the announcement that Luxottica will merge with Essilor, the world’s largest lens maker, controlling 45 percent of the global lens market.

In an op-ed in Women’s Wear Daily, he wrote about how the two companies will essentially control a large majority of the supply chain of the market, which may be challenging to smaller brands that aren’t of interest to Luxottica.

As a result, he said he hopes that Eponym will become a viable option to those brands when the effect of the merger hits.

“I don’t really see it affecting us much at all, if you think about the niche that we are going after,” he said. “If anything, it continues to open up the opportunity for us.”