‘Emotions are so heightened’: Why the election fallout hammers home the need for marketers to act responsibly 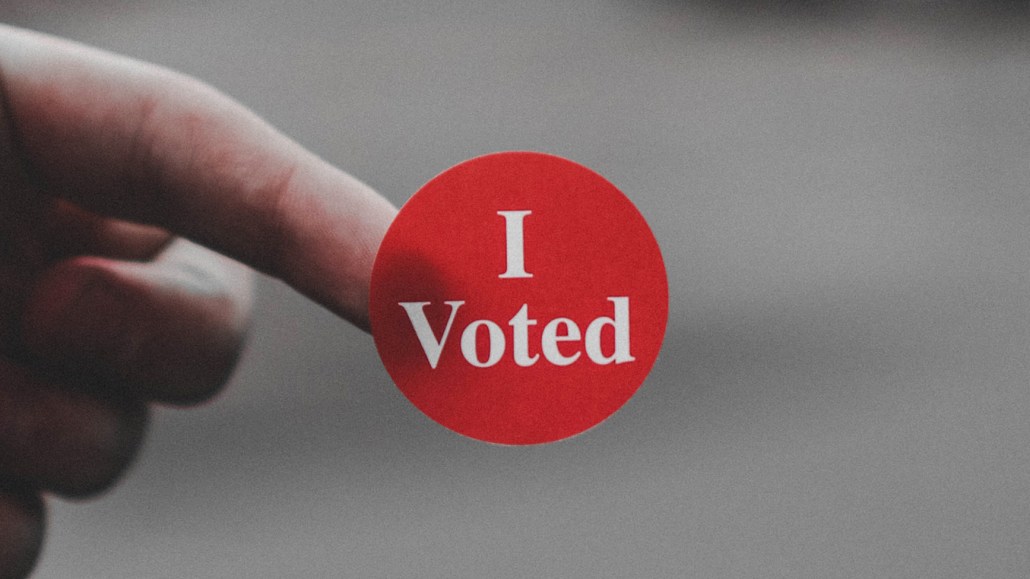 It’s already been an incredibly discombobulating year for marketers (for everyone!) and the U.S. presidential election has somewhat predictably wrought both heat and light.

With a country divided, conspiracy theorists abound and emotions on both ends of the political spectrum running high, it’s hardly a conducive environment to convince people to buy new things at the moment. But still the day job must continue amid the noise.

Once again, marketers are likely to face questions from the c-suite about how they should be reacting now.

Writing in a recent note to clients, Pivotal research analyst Michael Levine said that leading up to the election, some marketers embarked on a “decision-tree” like planning approach. The aim is to ensure they are not caught off guard as they were in June following the aftermath of George Floyd’s killing. Half of the marketers Levine surveyed last month said they were planning for a contingency in which social unrest increases again. Most of this would mean adjusting creative and deferring short-term spend, but few were overtly canceling their fourth-quarter plans.

“This election reflects the increased politicization and polarization of views,” said Marla Kaplowitz, CEO of advertising trade body The 4A’s “Companies and brands will need to continue to be inclusive while maintaining a focus on their purpose and values.”

Still, that doesn’t mean now is the time to loudly wave the brand values flag. Just talk to the marketing team at Gap, which was widely derided on Twitter last week. The now-deleted tweet featured a video of half-red, half-blue hoodie being zipped up and the message “The one thing we know, is that together, we can move forward.”

In a statement, Gap backtracked saying that while it had intended to portray an image of unity, having always been a brand that “bridges the gap between individuals, cultures and generations” it was “just too soon” for this particular message.

While it might be a good time for some activist brands — the Patagonias, Ben & Jerry’s, MyPillows and Goya Beans of this world — to pick up their megaphones, others would do better to keep their heads down for the next few weeks.

“When the heat and stress is so intense, people can’t even think straight,” said Emma Cookson, partner at brand tech firm You & Mr Jones, speaking to me last week as the world awaited confirmation of Biden’s win. “Even somewhat logical positions about ‘we have always been about bringing people together’ [aren’t appropriate for this environment]. Emotions are so heightened.”

Marketers don’t just risk running the gamut of consumer backlash, but employees too. Cookson said “quite a few very big corporations” factored in employee pressure when deciding whether to join the July Facebook advertiser boycott.

Senior executives are also talking much more overtly recently about their sense of civic duty in running a large organization. In part, that’s due to a “recognition of dwindling trust in other establishment bodies,” Cookson said.

Over the past two years in particular, we’ve also seen that sense of civic duty extend into media buying and marketers being more mindful about the platforms and media outlets their advertising dollars support. The coverage of the election and the speediness — or reluctance — to throttle the myriad of false or dangerous posts appearing on social media over the past few weeks should factor into marketers’ decision making over their future media plans.

“There’s a careful line of not being a censor, but also not enabling damaging ideas,” said  GroupM global president of business intelligence Brian Wieser. Every marketer has a responsibility, whether through their marketing budget or otherwise, to encourage good behavior from platforms and media outlets, Wieser added.

With a polarized environment comes a highly fragmented media landscape, particularly as a nontrivial proportion of the population are now going out of their way to avoid what might be considered “mainstream” media. Whether CMOs turn their noses up at it or not, QAnon followers are likely to be their customers too.

Segmentation and targeting capabilities will be key, according to Kaplowitz. And where better to look for inspiration than political campaigns themselves.

Political campaigns “in many instances teach us as marketers things we didn’t know were happening in the country because they get so granular in the detail, down to the zipcode level, of what is on people’s minds and what’s important to them,” said Nancy Hill, founder of marketing consultancy The Media Sherpa.

“They understood things that we as marketers could probably take a lesson from.”