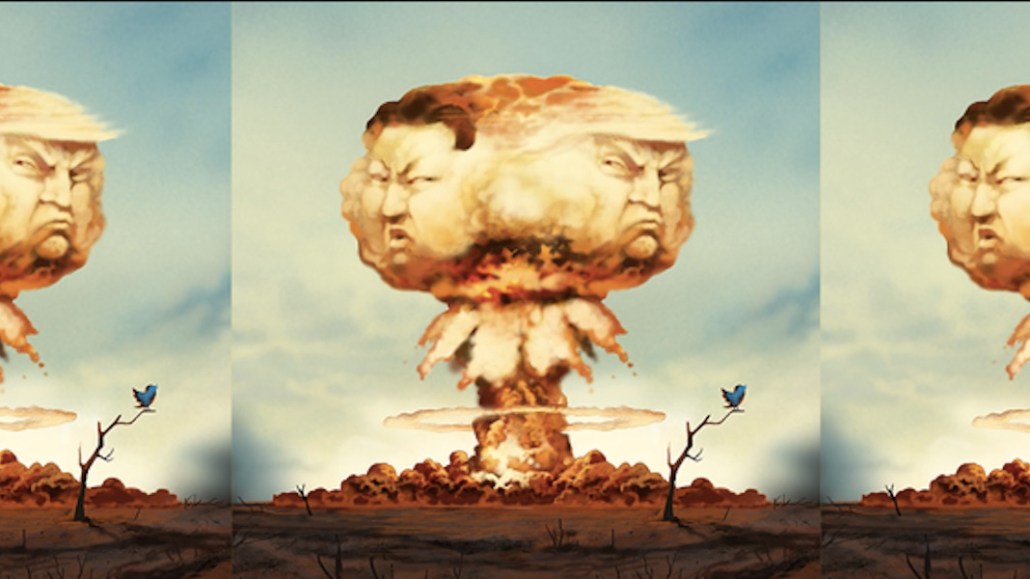 Since starting to post to the popular Asian app Line in January 2016, The Economist has grown its following to nearly 1 million in several countries.

As with The Economist’s approach to other social platforms, the goal of posting to Line was to build audiences in new markets and ultimately drive loyal readers to subscribe. Line wasn’t meant to be a huge traffic driver for the publisher, but it’s finding popular posts drive as much referral traffic to its site as Facebook does, where it has over 8 million followers.

“Some publishers are busy chasing traffic through Facebook and Twitter; it’s not uncommon for these more niche platforms to become an afterthought,” said Sunnie Huang, who recently became the publisher’s newsletter editor after serving as social media writer. “For us, [Line is] so interesting because of the mix of readers; it’s definitely been worth investing [in it].”

The Economist’s social media team of 10 people usually all contribute to posting to each social platform. But Line has a dedicated team of two or three people working on it because its audience is more global, and the content needs to be formatted for Line.

While the amount of content The Economist posts to its homepage on Line remains the same — roughly six pieces a day, one every four hours so the global audience will always see something fresh — the breadth of content has expanded. It has started publishing links on Line from the digital edition and the magazine; now, the Line homepage reflects a more diverse range of content the publisher offers, such as pictures from its image desk, videos from Economist Films or lifestyle articles from its sister magazine 1843. More stories from the Asia section are posted to Line than other social platforms.

The Economist has increased the number of Line push notifications it sends from three a week to one a day, usually opting for stories related to Thailand or Indonesia, where Line has a big following. Stories about technology also perform particularly well. Some of these are behind the paywall, so they encourage readers to subscribe, but Huang said it was too soon to share how Line directly influences subscriptions.

Push notifications direct users to a small card linked to the story. The cards are created from a template and can feature news photos, charts and illustrations, but the graphics require more design effort than posting links to the publisher’s Line homepage. But the effort pays off, according to Huang, who wrote in a Medium post that these push notifications drive up to 10 times the referral traffic to its site than the homepage links. This works out to roughly the same amount of referral traffic as Facebook and Twitter, but Huang declined to share specific numbers.

“You can’t compare a push of a story about Thailand (where we have a large following) and a homepage story on something from the archive,” she said. “Push notifications are the most attractive feature for us on Line.”

Elsewhere, the publisher uses push notifications in its own app, where it can segment the audience to tailor the pushes, something other publishers are finding useful. No such feature exists for The Economist on Line.

While tapping into an Asian market to grow The Economist’s reach was the goal, the platform is gaining ground in the States and the U.K., too, according to The Economist’s readership. The publisher frequently sees the U.S., Canada and the U.K. in the top 10 countries driving Line referral traffic. Further down that list are Syria and Iran, new markets for The Economist.

“We have found out where [Line followers] come from,” said Huang. “The next step is to find out who they are and how they consume content differently.”

https://digiday.com/?p=252904
Most Read
Trending in Publishing in the Platform Era
Digiday Top Stories