How eBay is using social platforms for its UK launch 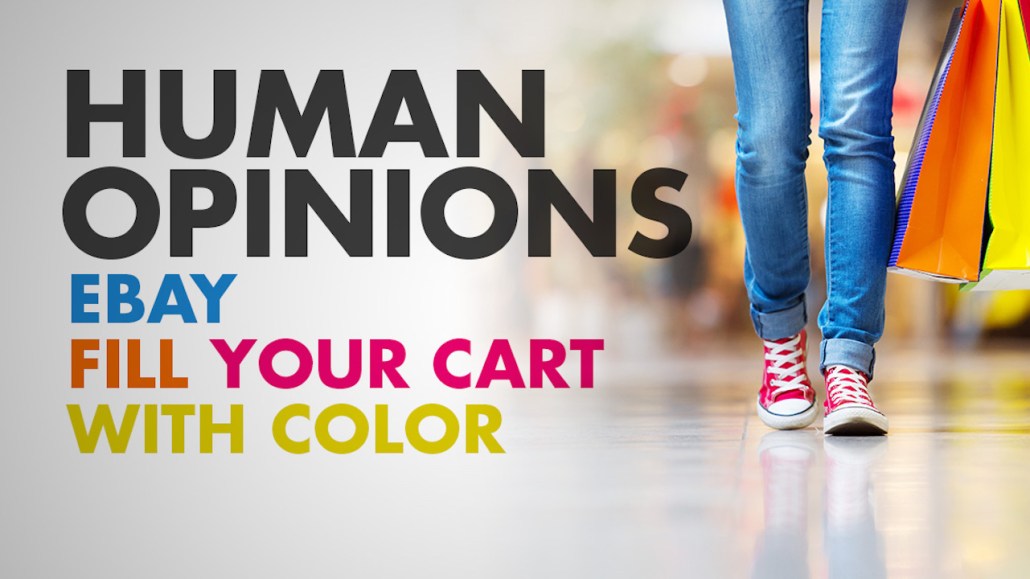 EBay has a perception problem: People think of it as a storefront for used goods, when in fact, over 80 percent of what it sells on the site is new. To help it rebrand and shift people’s thinking, the online retailer launched a global campaign in June. As it rolls out to the U.K. over the coming weeks, social media — particularly Instagram, Snapchat and influencers — is set to play a key role.

On Instagram, for instance, eBay is running dynamic videos, which automatically pull product inventory in real time from its Deals program that is then rendered into the ad format. The ads play between Stories, which are 15 seconds or less, and take up a user’s full mobile screen. It’s too early to share the results of this “incubation test,” eBay said, though the aim is to combine the high engagement in Stories with Facebook’s robust targeting.

On Snapchat, the brand found the app’s audience much older than it initially expected and the “scale significant,” said Gareth Jones, eBay’s senior director of marketing in the U.K. He recently ran a campaign positioning eBay as a destination for people who need products to help them move, which included cardboard boxes, tape, new sofas, kitchen equipment, paint and furniture. The Home Move Snapchat campaign reached 3.5 million people who were 18 and over, said Jones. Earlier in the year, eBay ran a Mother’s Day lens, which generated 16 million views on the platform “in a few days,” said Jones. More than half (57 percent) of all Snapchat’s users in the U.K. engaged with the content, he added.

Unlike other retailers, eBay’s social efforts must build loyalty around a brand using products that are usually sold within a matter of days. However, the business is turning the ephemerality of its products into an opportunity, tapping into millions of unique stories every month from its sellers’ products. How this plays on each of eBay’s 16 social media platforms varies; on Facebook, for example, eBay mainly pushes time-sensitive promotions and retargeted items that people have previously viewed on the site. On Pinterest, the brand has created over 50,000 pins promoting lifestyle-based products related to relationships, home and garden as well as fashion.

“TV has a big role, but people consume audiovisual content in a myriad of different ways now,” Jones said. “So we have developed content for linear TV, but also filmed bespoke content for Facebook, Snap, YouTube, etc. For eBay, the days of slicing and dicing the TV ad to squeeze it into shorter formats across social are over.”

The company’s CEO Devin Wenig envisions eBay becoming a destination for unique goods, while Amazon is the place for everyday products and commodities. For that to happen, the latest campaign, which attempts to position the business as a colorful contrast to Amazon, will need to be mindful of making major changes to what is still the second-most popular e-commerce site in terms of unique monthly visitors, which now top 170 million.

YouGov brand-tracking data from the U.K. underlines eBay’s strong position. In terms of Impression score, which is compiled by asking consumers if they have a positive or negative sentiment about the brand, the business ranks sixth in the sector rankings, only trailing BBC iPlayer and global giants such as Google, YouTube and Amazon. Furthermore, eBay’s Recommend rating (whether you would recommend the brand to someone else) remains comfortably near the top of the sector, suggesting it continues to appeal to both sellers and buyers alike.

EBay’s recent campaigns show it had a successful Christmas period. During this time, its Ad Awareness score (whether a person has seen an ad for a brand in the last two weeks) grew by eight points — from 9 percent to 17 percent. Since then, the brand has maintained about a 15 percent average Ad Awareness score for the last six months, meaning it is in a strong position for its new campaign.