The pivot to video might be over, but publishers are still prioritizing short-form video.

Short-form video content, which can still perform well on platforms like Instagram or YouTube, appeals to publishers for its ability to generate awareness for new products and build audiences. It is also vastly cheaper too. 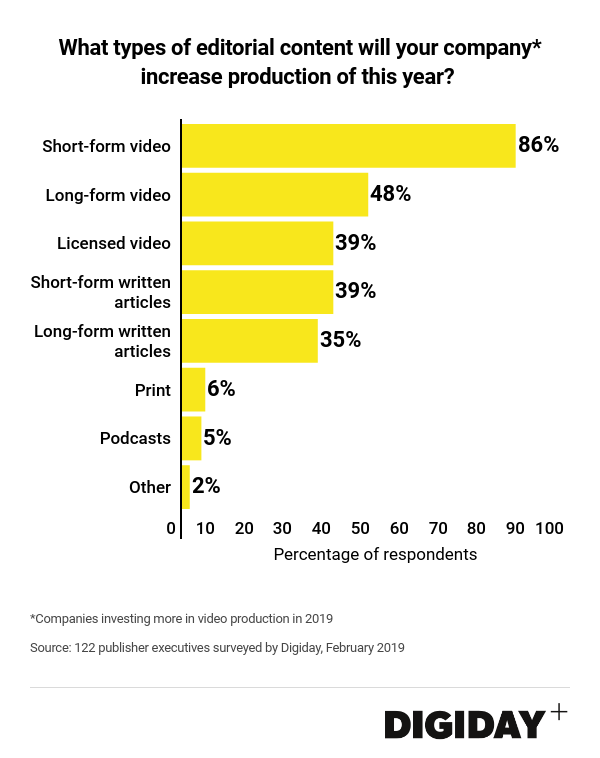 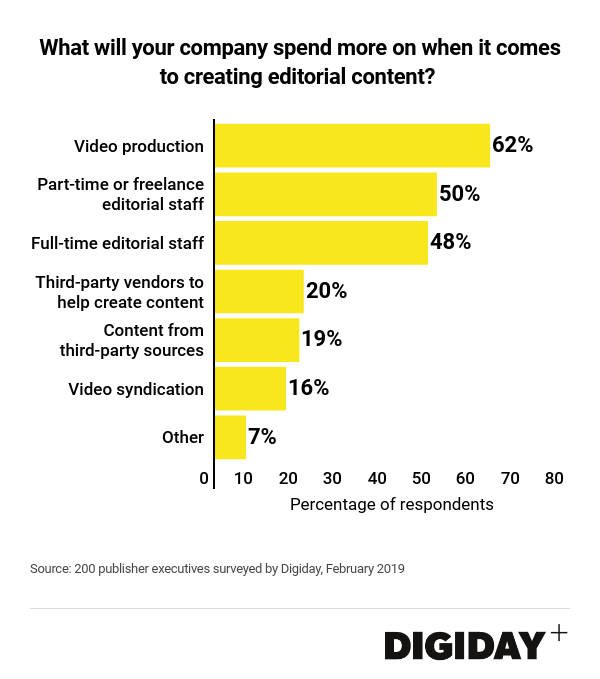 Meanwhile hiring part-time or freelance editorial employees might be a cheaper way for publishers to meet growing content demands. Companies like BuzzFeed, Fortune and Forbes have long relied on freelance contributors to help meet those demands. But it also leads to unrest among full-time staff worried about being replaced and a growing push to unionize. Bustle Digital Group found itself under pressure after unionized staffers, laid off after the sale of Mic to BDG, claimed that their unfinished work was completed without their consent by Bustle employees.

However, the small likelihood that publishes will hire for part-time or freelance editorial staff over full-time staff could just be the result of current market forces. With low unemployment rates, research from Edelman Intelligence in June and July of 2018 found that the majority of freelancers do so voluntarily.

Though video burned publishers who adopted platform-reliant strategies, many have created thriving and sophisticated video strategies. Complex turned video licensing into a “high eight-figure” business by working with Netflix, Hulu and other partners. The Hill, which is prioritizing its video capabilities ahead of subscriptions, learned from the past mistakes of others and does not rely on a single platform to generate the majority of its audience.

Mindbodygreen, a health and wellness based company, is expanding video production on its owned channels. The company now sells 80 video courses focusing on topics like yoga, nutrition and meditation to consumers from its own site.