Digiday Research: Publishers turn to retailers to sell their products 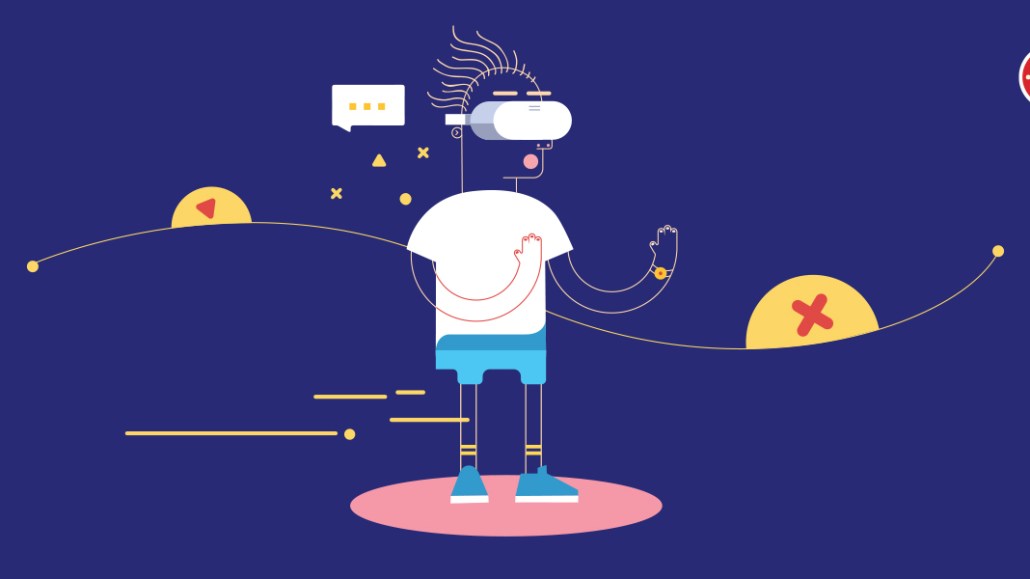 As publishers get more serious about generating commerce revenue, they’re looking beyond simply adding affiliate links to their pages. Many have taken steps to create their own online store through which to sell products, but increasingly publishers are selling their own products via third-parties too.

A survey of 53 publishers at the Digiday Hot Topic: Commerce for Publishers found that 41 percent of publishers now sell products via a third party, such as Amazon or other retailers. 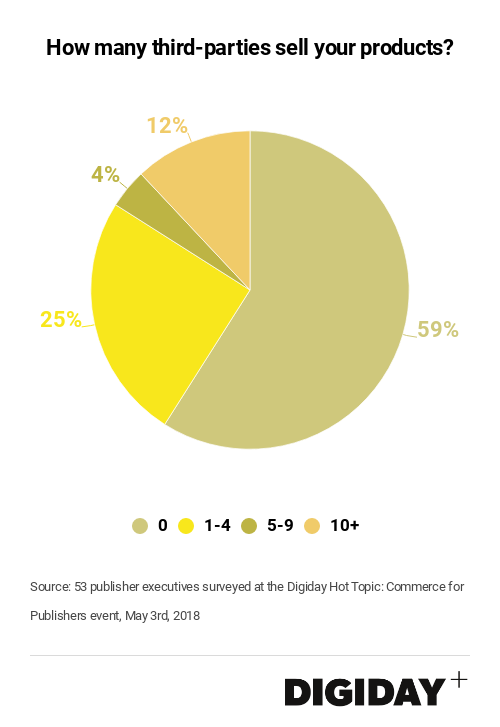 Because Amazon already holds a dominating grip on many publishers’ e-commerce businesses, working with additional retailers could help ensure they avoid becoming dependent on a single platform. To that end, PopSugar which began selling branded products earlier this year is launching a new line of apparel with Kohl’s and Clique established an early relationship with Target.

One advantage for publishers in retailing private-label products is that it can help them track consumer preferences and trends. There’s also lower risk for publishers because they don’t need to worry about developing products that won’t sell. 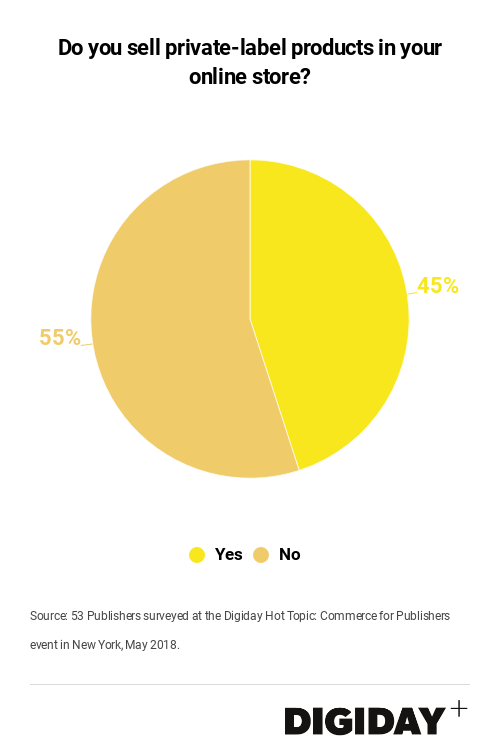