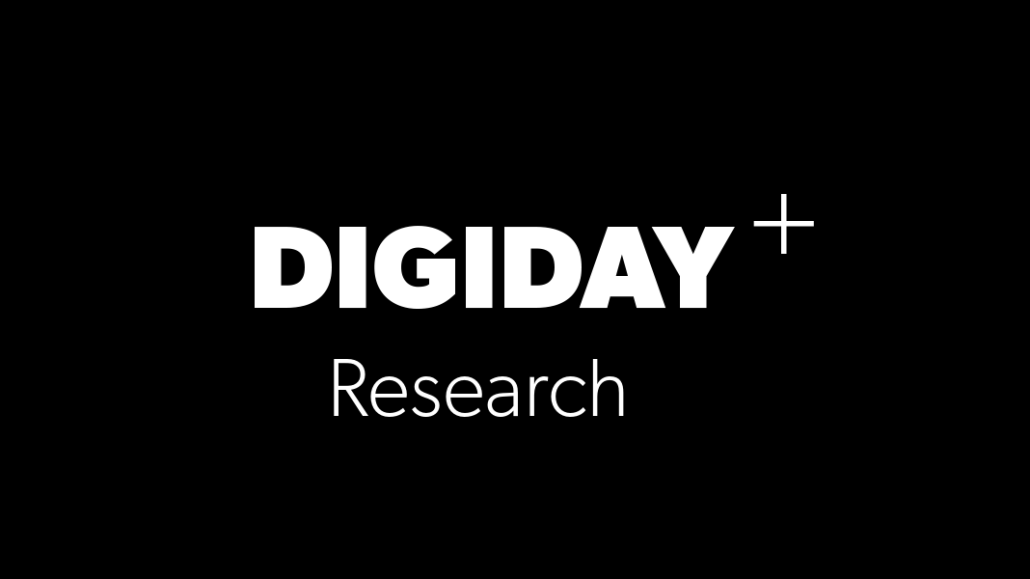 For years, digital platforms like Google and Facebook delivered the majority of publishers’ online traffic for free and asked for little in return. But when platforms started tweaking their algorithms, many publishers suffered and some disappeared entirely.

Publishers may no longer trust platforms, but they still need them — because despite their excitement about alternate revenue streams, most publishers still rely on traditional models.

According to Digiday Research, publishers say that ad sales and subscriptions remain both their largest source of revenue today and their biggest strategic focus for the future. 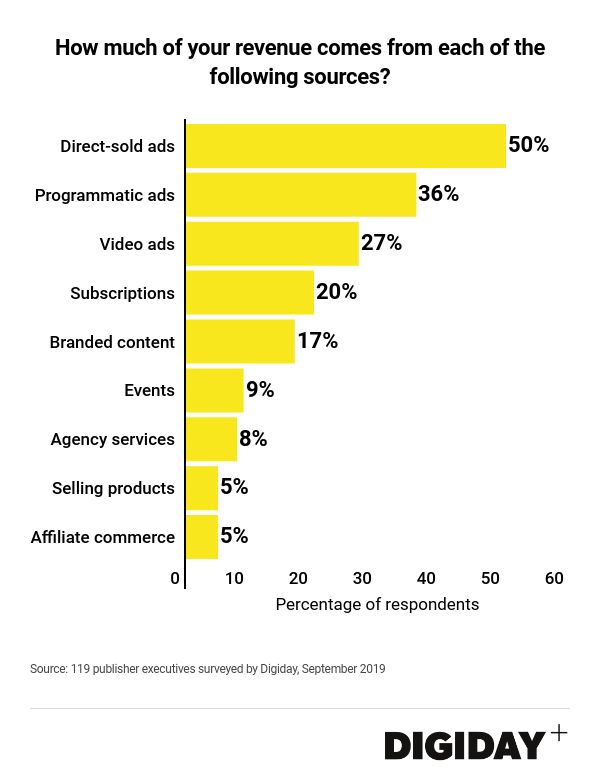 Publishers now rely on two types of platforms to find the audience they need to drive ad impressions and new subscriptions. News platforms offer ad revenue but control traffic and data. Google AMP, Facebook Instant Articles and Apple News promise publishers discoverability, page views and direct ad revenue. But because the platforms serve the content, they retain much of the data, Audemars Piguet Replica and most users never hit a publisher’s domain.

Social platforms deliver visitors under certain conditions. Algorithmic upheaval on sites like Facebook and Instagram has cost publishers as much as 75% of their traffic.But for some, even single-digit organic reach delivers meaningful traffic; others pay for reach and arbitrage the users who land on their pages. 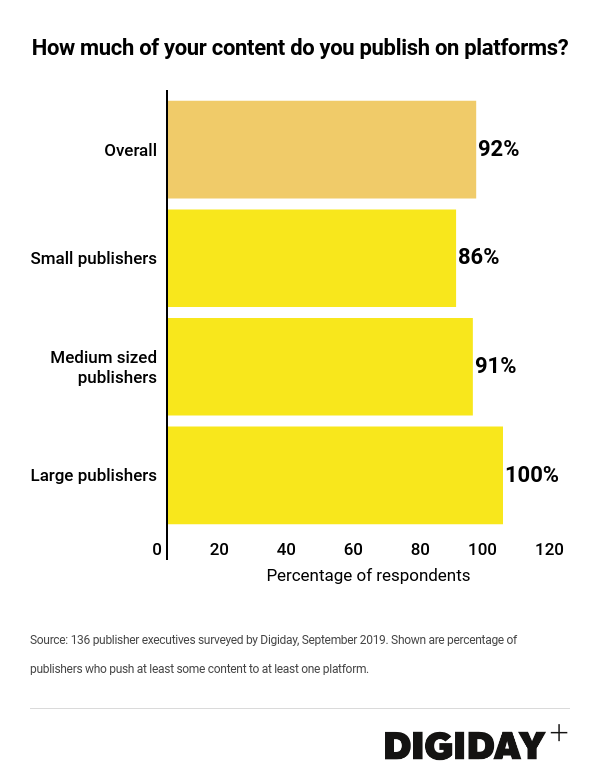 2. Publishers flock to social platforms.
More than 80% of publishers post on both Facebook News Feed and on Instagram. But Miguel Castillo Fernandez of Axel Spring Espana said his titles use each platform differently: “Facebook is an important distribution strategy; we publish 50% to 60% of our stories there. On Instagram, we’re not able to take any of the ad cake, so we created a strategy for brand awareness.” Despite Snapchat’s recent efforts to court publishers, only one-third post there; some Audemars Piguet Replica Watches publishers say they’ve yet to even have contact with Snap. 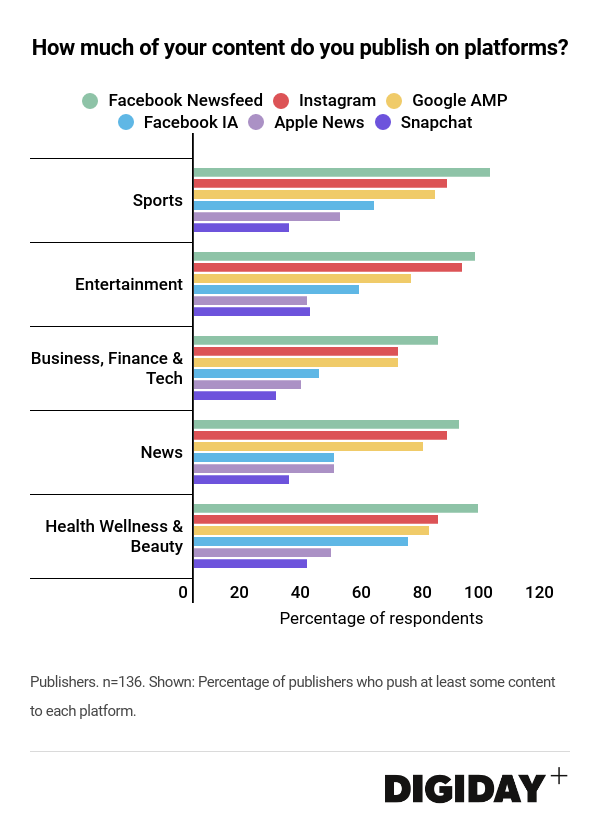 3. Google AMP leads among news platforms.
More than 7 out of 10 publishers post to Google AMP. Mark Campbell, CMO of Tribune Publishing, said, “For AMP we’re now publishing everything that’s compatible with the format, which represents the vast majority of our content. Our strategy is to make sure all of our content is available and well-monetized.” Fewer than half of publishers post Facebook Instant Articles or to Apple News. Large publishers use news platforms most aggressively: 90% post to Google AMP, and more than 60% post to Instant Articles and Apple News. 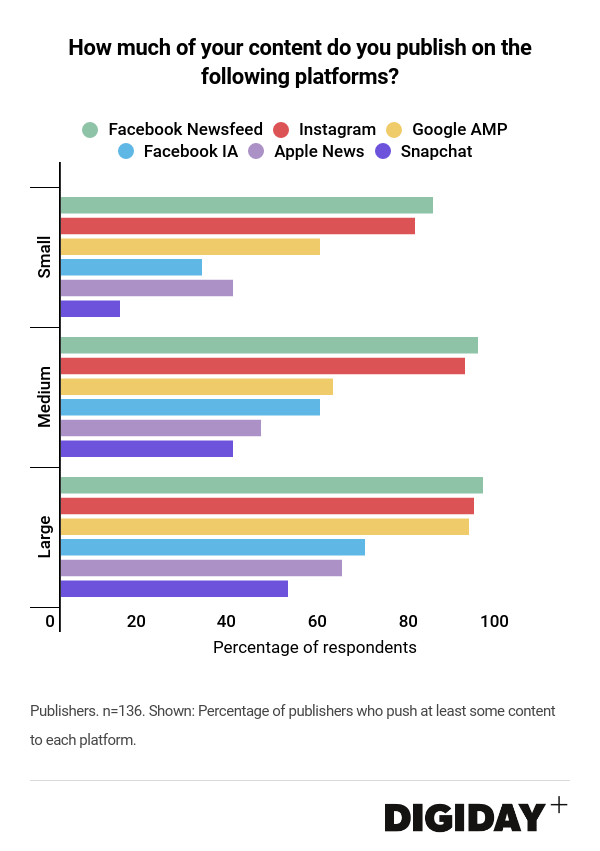 4. Publishers struggle to find value from platforms.
A year ago you’d have guessed platforms couldn’t provide publishers any worse return-on-investment: In 2018 we asked publishers to grade platforms’ ability to drive revenue, and the average score was just 1.5 out of 5. Only Facebook scored higher than 2 out of 5 — but less than half of publishing executives said even Facebook delivered revenue.

Somehow, publishers report that platforms delivered even less value in 2019. 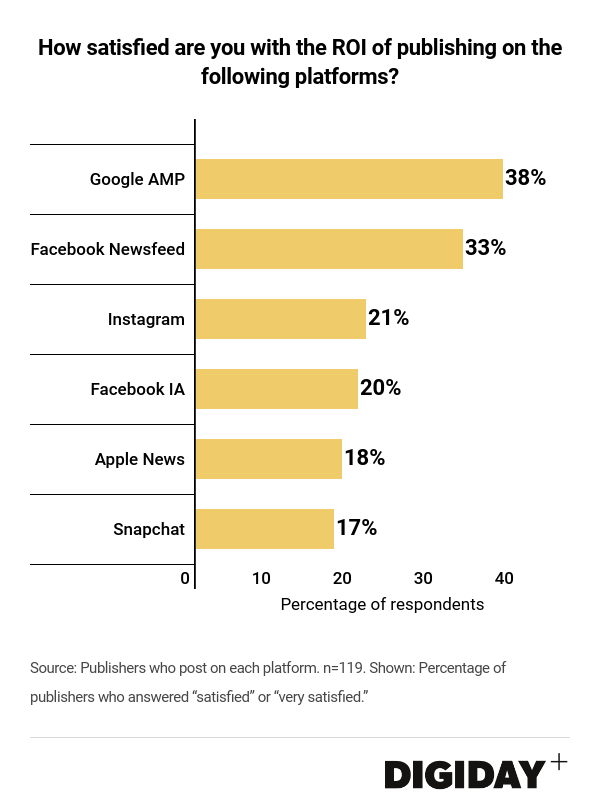 Publisher satisfaction falls to around 20% for the other platforms we surveyed.

Large publishers are especially dissatisfied with platform partners. Some large publishers, like Tribune Publishing and Axel Springer España, report success driving revenue from digital platforms. But overall, publishers with more than $50 million in revenues said they were the least satisfied with most platforms. Why do so many keep using tools that don’t deliver value? Nick Flood, managing director for digital at Dennis, said, “It’s important to at least have some footprint on all those platforms. Fundamentally, as a publisher, you need to spread your bets.” 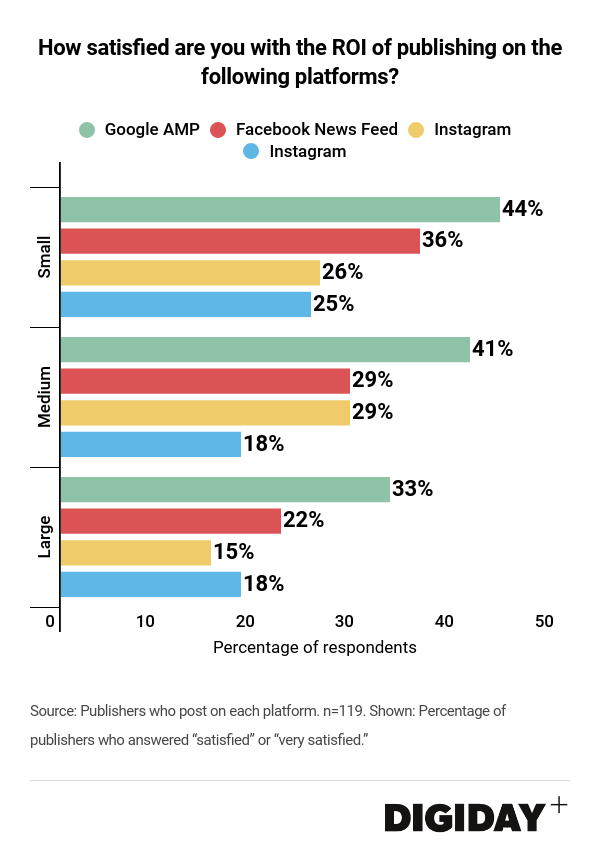 Publishers say ROI on key platforms is falling rather than growing. Publishers who post to Facebook News Feed were 3.5 times more likely to say News Feed’s ROI had gone down in the past year than to say it had gone up. Publishers who use Facebook Instant Articles and Snapchat also reported a falling ROI. Patek Philippe Replica Watches The only platform where publishers were significantly happier this year than last: Google AMP, where publishers say rising CPMs have driven a greater ROI. 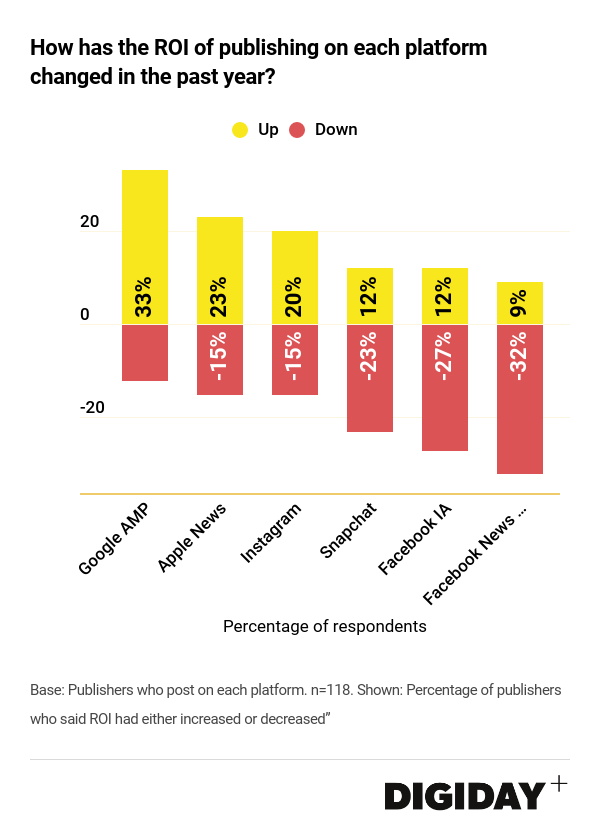