Publishers have struggled to find revenue streams from platforms that come close to matching their reach.

In a survey of 91 publisher executives at the Digiday Publishing Summit this September, respondents rated each platform’s monetization on a scale of 1 to 5. Facebook had the highest average rating of 2.22 and was the only platform to be rated above 2.0. YouTube came in second with a rating of 1.85 and Apple News was third at 1.70. Twitter did not fare very well, despite its surge in ad revenue, rating lower than Pinterest and Flipboard. Snapchat too was judged a difficult platform to monetize. 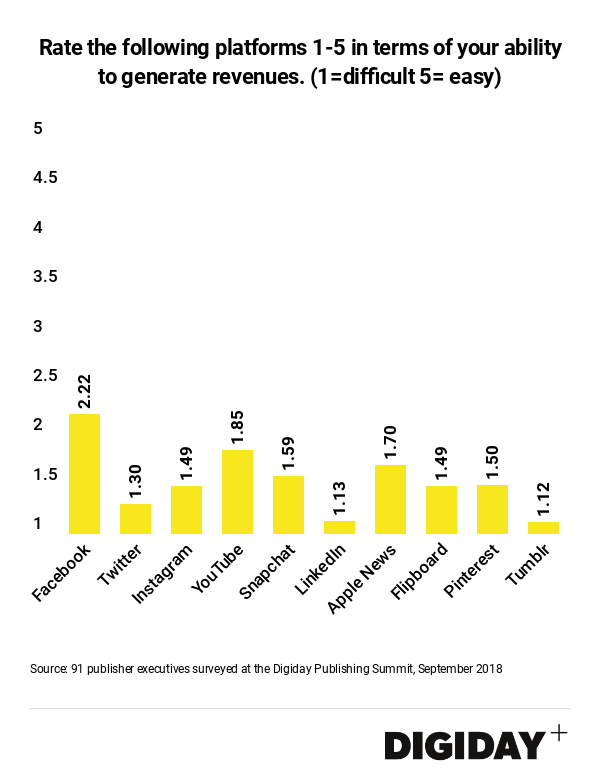 Though generating revenues from platforms have proven difficult, publishers, for the most part, have learned their lesson about being platform dependent. Eighty-six percent of publishers also surveyed at the Digiday Publishing Summit in September say they earn the majority of their revenues from their owned properties. 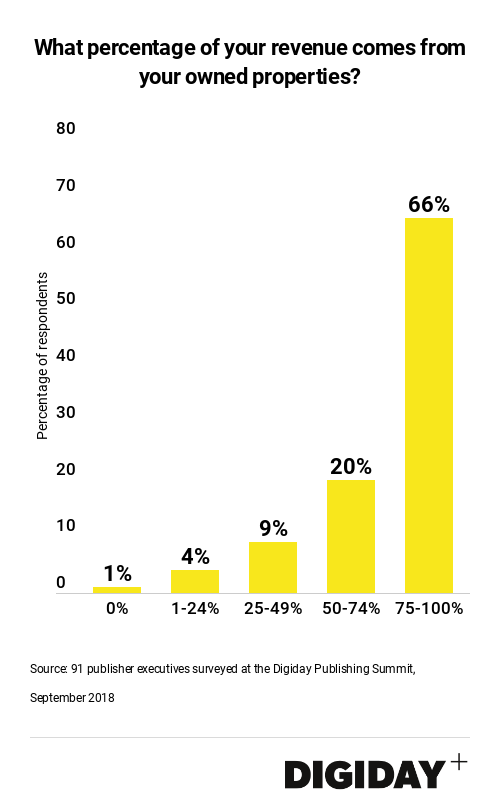 Viral publishers quickly fell by the wayside or downsized when Facebook’s algorithm changed and AwesomenessTV shuttered following the death of Go90, which was keeping it afloat with licensing fees. Instead of looking to platforms to replace declining advertising revenues, publishers have narrowed their focus on developing multiple revenue streams.