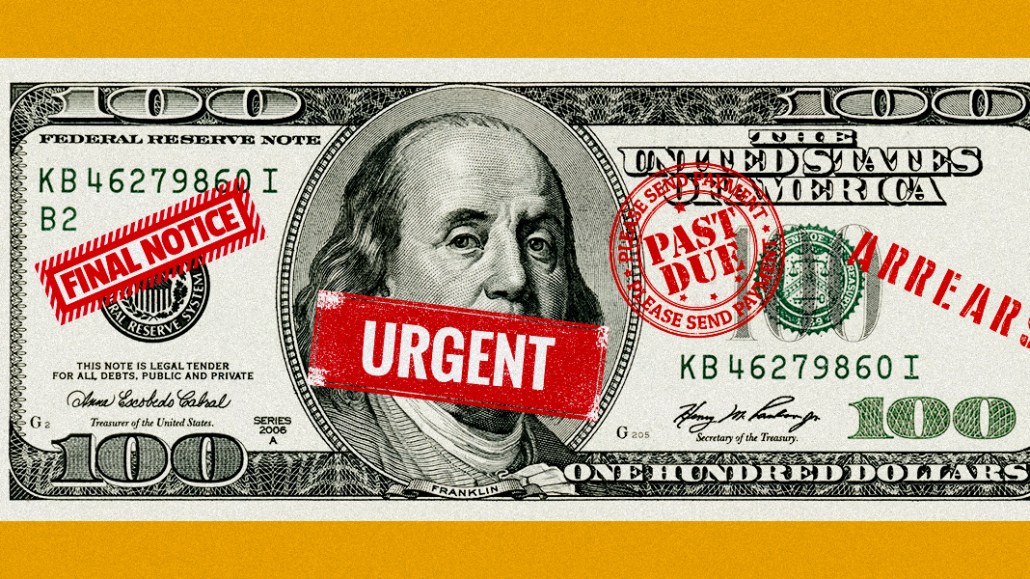 Publishers are getting paid late due to the coronavirus crisis, the ensuing economic recession and the generally uncertain business climate.

A new Digiday survey found that for a quarter of publishers, payments are delayed under two weeks, while for 17%, delays are between two weeks and 30 days. For 20% of publishers, delays stretch past 30 days.

The Digiday survey also found that for 44% of publishers, late payments had created a problem for their business.

The problem isn’t a new one. Publishers (and really, many on the sell side, from freelancers to others) have complained about delayed payments and lengthening terms for years. But the current situation has made it worse. As we reported previously, payment delays have increased 20% for both publishers and media agencies.

Longer payment windows or late terms are a case of everyone trying to hold on to cash for as long as possible. As the economic situation continues to worsen, many are hoping that keeping cash longer will offer some relief. But the end isn’t exactly near. Publishers expect the second quarter to net out worse than the first, where half of publishers surveyed missed forecasts. Publishers are bracing themselves for a worse second-quarter: Only 2% have raised forecasts, 17% have kept them flat and the vast majority — 80% — have lowered forecasts.

The average publisher expects that the company’s revenue will return to pre-coronavirus levels in the first half of 2021. About 6% of publishers believe that the revenue will be permanently impacted.