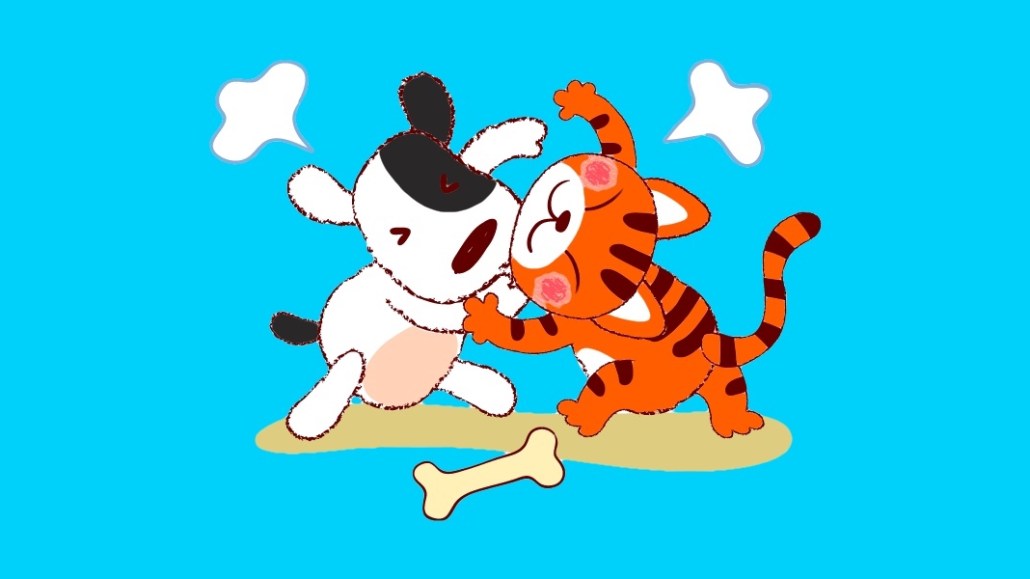 Upworthy and Good Worldwide combined with a shared mission to promote social causes and uplifting content, but what resulted was a union rife with discord and rancor.

On Aug. 2, Good laid off 31 staffers, more than 40 percent of the company’s headcount, the overwhelming majority of whom worked for Upworthy. The cuts prompted Upworthy’s president, Eli Pariser, and editor-in-chief, Liz Heron, to resign.

The suddenness and scope of the layoffs came as a surprise to employees. Representatives from a restructuring firm called employees one by one, reading from a script informing them that they had been let go.

That bad news was just the latest splotch on an already ugly picture that was marred with executive turnover, editorial disagreements and, most recently, a slide in traffic.

“There was literally corporate drama almost every day,” one former employee said. “The tension was due to nobody knowing what we were supposed to optimize for or our goals and never getting any answers. We were all exhausted.”

Though most of the people cut were Upworthy editorial staff, Good management insisted there’s been no drastic change at the company.

When the two companies came together in January 2017 — it was called a merger, but Upworthy became a brand under Good — it was supposed to be a fresh start for Good, which, according to one former executive, had had one profitable quarter in over 10 years of business; a Good spokesperson disputed this, saying Good has had several years of profitability in the past. A potential acquisition by Vice Media had fizzled, in part because Ben Goldhirsh, who was CEO until several months ago, was uncomfortable ceding control of the company, former employees said.

Adding Upworthy to the fold would merge two complementary companies to appeal to marketers seeking association with uplifting content. The combined company claimed 31 million unique online visitors, over 1.2 billion monthly video views and a branded content studio that had worked for blue-chip brands including Google.

“Upworthy always had the audience while Good had been doing more boutique, bespoke and magazine work,” one former executive said. “That was the logic behind the merger.”

From a distance, things appeared to be going well. By October 2017, the combined company claimed it was profitable, boosted by six-figure deals with advertisers including Hennessey, State Farm and Cigna.

That momentum continued through the first half of this year, with Good’s sales staff focusing on Upworthy. In the first six months, Upworthy did business with over 475 advertisers, a nearly 200 percent increase year over year, according to Mediaradar. Over that same period, the number of advertisers on Good’s site fell by nearly 50 percent, per Mediaradar. Branded content supplied 60 percent of the company’s revenue, a company spokesperson said.

Behind the scenes, managers from both sides battled over the approach to take with branded content, including how brands should appear on the sites, according to current and former employees. Good executives felt Upworthy had an arbitrary set of standards around the kinds of brands it would work with, which limited opportunities for growth. Upworthy executives saw Good’s studio as unscrupulous and willing to promise advertisers anything to close a deal.

The two companies’ office cultures also clashed. Good was absorbing a company with a much larger editorial operation, with a remote workplace that functioned largely on products like Slack.

Goldhirsh disliked the idea of people working remotely and didn’t use Slack or video chat for most of 2017, former employees said. He also wanted to relocate a large portion of Upworthy’s staff to Los Angeles, where Good was based, an idea that received strong pushback from Upworthy employees.

Last August, management held a Reddit-style “Ask me anything” event, where employees were allowed to ask questions of management. According to screenshots shared with Digiday, the AMA teemed with questions about the move, one asking if Max Schorr, who briefly served as CEO, and Goldhirsh should be the ones doing the moving since the company’s partnerships team was located in New York.

Eventually, Goldhirsh scaled his demands back, while top executives were issued ultimatums — move to Los Angeles, or leave the company — according to sources with direct knowledge of the demands. Many refused, and an exodus ensued.

“We were having going-away parties every two weeks,” a third former employee said.

There were other executive frustrations. Good executives frequently struggled with insubordination from Upworthy colleagues, who refused to collaborate on Good programs, multiple sources said.

Goldhirsh and Schorr also changed their priorities constantly, typically in pursuit of short-term gains, former employees said. Executives would be promised resources at one scale, then receive a budget that was far smaller.

“I was told, ‘You’re going to be able to do X-Y-Z,’ then given a budget that was like one-tenth that,” one former executive said. “It was insulting.”

Meanwhile, combined traffic to the sites slid from over 13 million unique visitors in July 2017 to less than 6 million in June 2018, according to comScore. Like many new digital publishers, Upworthy owed its ascent to Facebook, but then traffic tumbled in early 2018 after Facebook tamped down on the practice of influential pages distributing publisher content through them in exchange for money.

Staffers tried to diversify away from Facebook by focusing on tracking loyalty through repeat visits to its site. But more than half of Upworthy’s desktop traffic still comes from Facebook, according to Similarweb.

Still, the company insisted it’s sticking to its mission. “Good and Upworthy have always been a force for social change — working with our communities, world-changing brand partners, and amazing team members over the years despite an increasingly challenging media environment,” the company wrote in a statement. “Today, we had to make the hard decision to say goodbye to esteemed colleagues. An incredible team remains, and our mission is as relevant now as ever.”

Goldhirsh told The Wrap that the company remains more or less unchanged. “The operation needed to evolve. Nothing is shutting down. Quite the contrary, the team that is operating the business going forward is pissed off [stet] for greatness,” he said.