‘The conversation moved on’: Time-based ad sales hit a wall 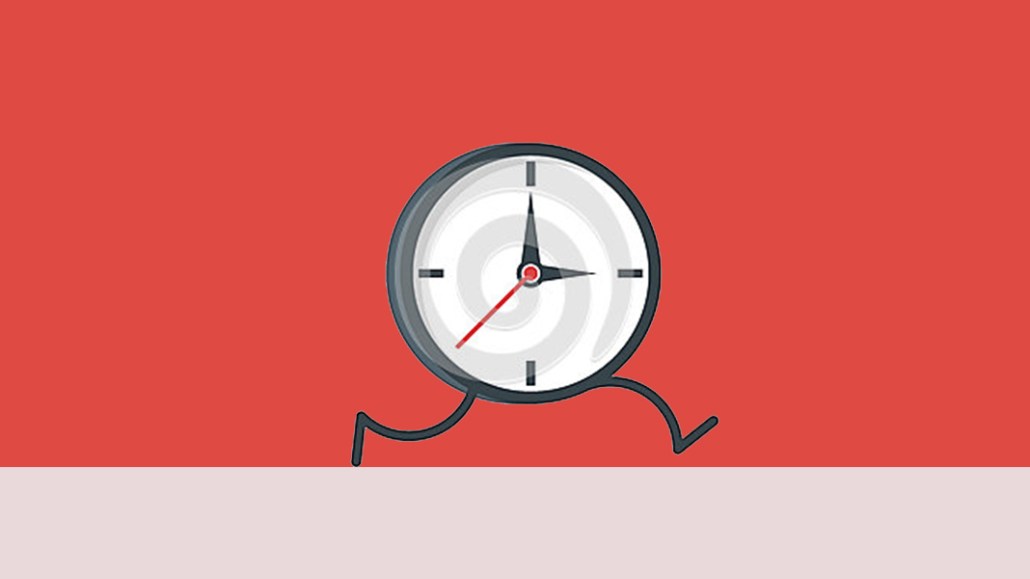 The brand-safety crisis this year has had a number of casualties, from news publishers to content creators who tackle delicate subjects. It may be time to add time-based sales to that list.

A couple years ago, a handful of publishers started pushing the idea of selling ads based on readers’ time rather than impressions as a way of addressing the problem of ads going unseen and ad rates spiraling down. Conferences were held; case studies were touted, arguing that the longer someone stares at an ad, the more they’ll remember it.

Time-based selling’s time hasn’t come, though. The Economist, one of its early proponents, said time-based ad campaigns aren’t growing for the publisher. The Economist expects to sell around 20 campaigns this year, said Paul Rossi, president of The Economist Group, which is about the same number it sold in 2016.

The Financial Times, the other publisher that has been at the forefront of time-based selling, gave a rosier outlook. The FT said it’s sold 22 years of audience attention this way, with a lot of that being repeat business, said Jon Slade, chief commercial officer for the FT.

“Demand remains very positive, particularly as clients are given increasing reasons from the broader ecosystem to doubt the quality of digital advertising,” Slade said via email.

A third publisher that tried time-based sales, the Guardian, said it’s still evaluating the results of a pilot campaign it ran as it decides how to move forward.

Not all agree that brand-safety talk has crowded out time-based sales. Another view is that the brand-safety issue actually makes advertisers more conscious of where they’re placing their ads. It’s just that it’s still new. Time-based selling was never an easy sell because it doesn’t fit the way agencies buy ads.

“It takes a very specialized sales force to explain the value proposition to an advertiser or agency, which is why it’s tough for a publisher,” said Marc Guldimann, founder and CEO of Parsec, one of a few vendors focused on time-based selling. “It’s about us telling the story. Anything new, it takes people three or four times hearing about it to resonate.”

Parsec buys mobile inventory from publishers including Time Inc., Dow Jones and USA Today and resells it based on time to advertisers including Dell, Dodge and McDonald’s, sharing the revenue with the publisher. It’s sold 200 campaigns in the past two years, with the number roughly doubling in the second year, and its staff has nearly tripled to 36 people, Guldimann said. But the dollar amount the campaigns represent is just over $10 million, which is a drop in the bucket in the scheme of things. Parsec was behind one of the attention conferences held last year; this year, it’s focused its energy on making presentations directly to agencies.

The idea that publishers would start to charge on time spent with their content was driven by publishers trying to wring more revenue from their offerings rather than loud demand from advertisers or brands, said Maikel O’Hanlon, vp of social media strategy and relationship marketing at Horizon Media.

“As such, the traction has been slow to nonexistent because you need both sides recognizing value in such a paradigm,” he said.