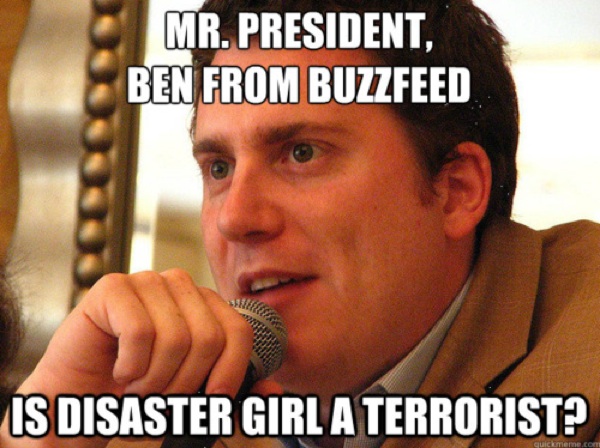 Ben Smith turned heads last month when he decided to jump from Politico to BuzzFeed. After all, switching from an upstart multimedia Inside the Beltway publication to a meme aggregator seems like an odd career choice. But Smith, BuzzFeed’s new editor-in-chief, sees more in BuzzFeed than yet another repository for Internet top 10 lists. He sees social media upending how people find and consume all manner of content. BuzzFeed’s verticals like “LOL” and “wtf?” are a far cry from Politico’s “Congress” and “Policies,” but Smith sees room for a mixture of both as BuzzFeed grows into a destination for more than just cat pictures and the latest viral trends.

What made you decide to leave political reporting for your current position as editor-in-chief at BuzzFeed, which is basically the polar opposite of Politico?
I haven’t fully left reporting. I still do political reporting. People are increasingly getting their news from the social Web, and that was very true for me. When Jonah [Peretti] approached me about all of this stuff about the social Web, I was like, wait — I basically live on Twitter, and I want my stories to be shared. I think that’s true for most journalists. And that’s just the present. That’s not the future.

What is a social news organization, and how does it differ from how other news organizations function?
You can’t assume that people are going to come to your site and explore all of your verticals. You need to be comprehensive. We are trying to create things that will be new to people. We don’t need to do other versions of other stories that are out there. We try to keep it original. We’re not going to waste our time rewriting or reporting big stuff that is covered everywhere else. I think those are the waters that most reporters are swimming in now — everyone wants to be writing original content. It’s hard to get the new reporters to adjust to putting out 10 original cat photos everyday though. You know I’m joking, right?

What does it mean to write for the social Web, and how can publishers compete when there is so much noise on social channels like Twitter?
It’s a couple of different things. All of the parts of the social Web are very different. For Twitter you want scoops and new stuff. But in general it’s about producing stuff that people want to share. And really there is no secret formula to that. Jonah has been experimenting and playing around with this for years, so he knows better than anyone. Then there are certain things that are search-driven, too, like something like a “Britney Spears Naked” story that someone might search but wouldn’t want to post to their Facebook. It’s not a zero-sum game. Publishers can do well by producing great stuff. But that doesn’t mean you are going to dominate everyone.

Can real political news get passed around as much as Ryan Gosling Tumblrs?
I think it’s a challenge. Political news can get a ton of traffic, but it will never get as much traffic as general interest news. Our first real big Facebook hit that was a political story was “A Brief Guide to Mormon Underwear.” That article was a very thoughtful explainer, and it was really useful. People posted in the Facebook comments things like “thank you for that incredibly informative piece.” So we are open to doing all sorts of things.

Will readers take your work as seriously when it appears next to posts like Best of Rihanna’s Twit Pics?
Absolutely. I think scoops are doable. You have to reckon with breaking news left and right. People aren’t always willing to try to figure out what publications are doing, but people tend to find reporters they like and trust and understand that reporters move around to different publications. And now people are just so used to media all around them in general.