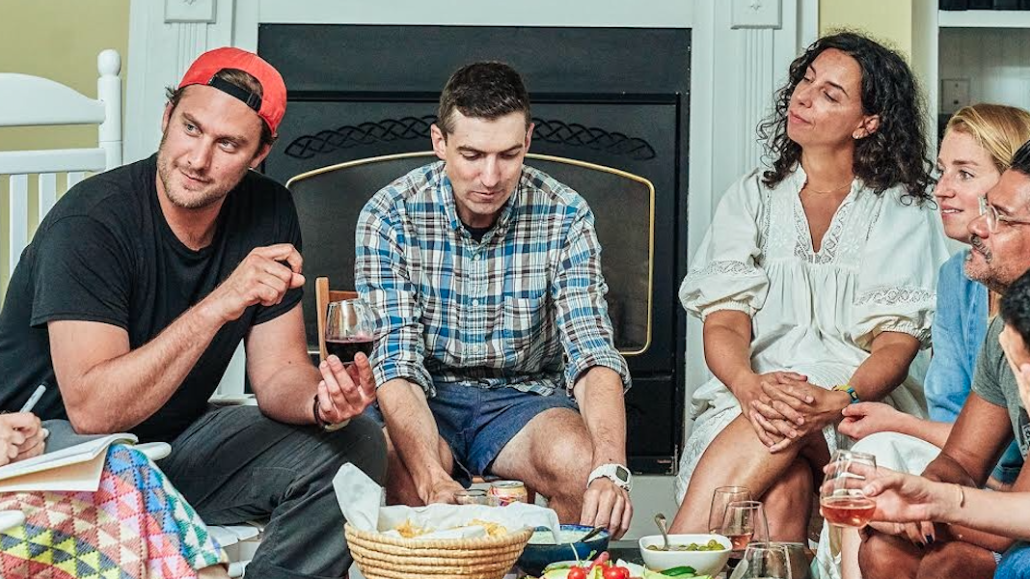 Condé Nast’s Bon Appétit is having its print informed by its in-house YouTube stars.

Hitting newsstands on October 15, eight of the brand’s editorial talent, who star in several series across Bon Appétit’s YouTube and streaming channels, like contributing food editor Claire Saffitz and deputy food editor Chris Morocco, will be featured on eight separate covers for the magazine’s November issue, in an effort to draw out fans of the various Test Kitchen video series.

“We put the Test Kitchen on the cover in a subtle way that if you know the YouTube channel, you’re going to be really thrilled,” said Eric Gillin, chief business officer of the lifestyle unit at Condé. Within the issue, the Test Kitchen editors will be heavily featured in an 18-page feature, as a way to promote the second season of “Making Perfect,” which will follow the talent as they create a Thanksgiving dinner.

Video revenue for Bon Appétit had increased 40% from last year, according to the company. This is not the first time that the title has worked to capitalize on the 4.5 million YouTube subscribers and nearly 50 million views it received on the platform in August of this year. The editorial talent has been brought out to host cooking classes, as well as a weekend-long event that gives fans face-to-face interactions with them. They’re also regular guests on the brand’s podcast and on social media, not to mention website content.

According to one media buyer who asked not to be identified, Condé’s investment in highlighting their editorial talent on video and on other platforms ties into the company’s ongoing efforts to prove that they can compete with television dollars and the major networks.

According to the Alliance for Audited Media, from the start of the year to June 30, 2019, the average total paid and verified subscriptions was 1.5 million, with an additional 21,000 copies sold at newsstand.

Gillin said that Bon Appétit has seen a 64% increase in subscriptions generated from digitally native channels year over year, including plugs from social, podcast and newsletters. Specifically, since August of this year, that number increased to 158%, when the brand began its effort to push subscriptions across multiple platforms, bring awareness of the its other offerings to its digital audiences. And next week, its YouTube page will have the capability to allow viewers to sign up for a print subscriptions through the channel itself.

“In a way it was done to drive newsstand because there is the element of collect them all that we hope will happen. But people who are watching on YouTube are going to want to take action immediately, they’re not going to close Youtube then run to Walgreens to buy the issue immediately. They’re clicking a link saying they want to subscribe to this. Getting print subscriptions online is the easiest way to convert people,” Gillin said.

Gillin said that a big contributor to video’s growth over the past year is because of advertisers looking to capitalize on the connections the shows’ hosts have with audience. Advertisers include Goose Island Beer, The Mushroom Council, Mitsubishi, Wine Australia and Glossier.  The Mushroom Council, a new client, wanted Morocco to create a custom recipe for its “Blended Burger Contest” and created video content as well as sponsored digital content to promote that campaign. And the American Egg Board wanted to work with Saffitz and senior associate food editor Molly Baz to create holiday baking recipes and is going to create a series of videos around that. (Gillin said editors get to approve all branded content they appear in.)

“For premium publishers like Bon Appétit, I don’t know if they should be shifting their strategy totally towards influencer, because they have so many other offerings. But we’ve seen this especially in the food space. Food Network took their talent from video and now they have Food Network Magazine,” said Danielle Sporkin, U.S. head of integrated planning at OMD.

“They don’t only live on YouTube, they make the magazine too, and we want to make that really clear to everyone who’s a fan of one channel to the others. It’s not to drive newsstand, it’s not to drive subscriptions, it’s to support the overall ecosystem that we’ve created,” Gillin said.

https://digiday.com/?p=348648
Most Read
Trending in Publishing in the Platform Era
Digiday Top Stories