How Bloomberg is proving to advertisers its branded content works 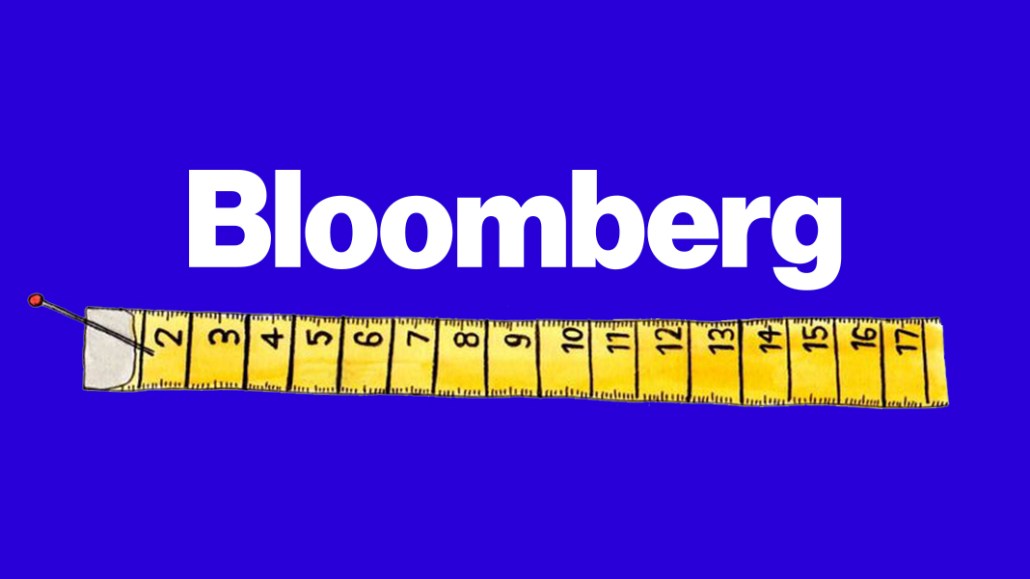 As more money flows into branded content, marketers are searching for more evidence of its effectiveness.

For Bloomberg Media Studios, this means partnering with third-party research agency DVJ Insights to supply clients with more metrics associated with brand-building campaigns, like brand association, perception and purchase intent. This is in addition to the usual ad metrics often associated with the display campaigns, like click-through rates, dwell times and pageviews.

“Content marketing in all its guises can be highly powerful and effective, but it is notoriously difficult to accurately assess its true return on investment,” said Arif Durrani, commercial editor for Bloomberg Media Studios in Europe, the Middle East and Africa. “We’re not alone in having this challenge or in finding new ways to move the dials. The industry is aware we need better metrics to justify increasing levels of spend and highlight our successes. It’s a natural position for a sector still in relative infancy to face.”

For now, Bloomberg Media Studios is testing the new initiative across Europe. It hired Phil Robinson as head of research last June to lead the efforts. So far, Bloomberg has only provided this analysis for client BMW Group, which ran a campaign for six months at the end of last year. After the campaign, a sample of roughly 1,000 people was surveyed in February on how the content performed in driving purchase intent, brand perception and brand association.

Bloomberg Media Studio plans to offer this type of custom analysis to major content partners. It will run these analyses on at least four more campaigns in the next year, including one for client Credit Suisse. One for the U.K. government’s Department for International Trade called “Believe In The U.K.” launches this week. A partnership with Bloomberg Media, the campaign is running across 20 markets and features business leaders from industries including insurance, food and drink, and health care, explaining how their firms have restructured and taken on challenges of being global, thriving business in the digital age.

The majority of Bloomberg’s revenue comes from Bloomberg Terminal, its subscription financial data service, rather than its media business, so it has deep pockets to fund these types of ventures.

“Should the onus be on media owners to pay for this? I don’t know,” said Durrani, “but someone has to bite the bullet to ensure we continue to progress.” How additional research can be incorporated as a service and into the price of Bloomberg’s branded-content campaigns, which are all multimedia, bespoke and run into the six figures, is something Durrani said it will be looking at down the line.

Measuring effectiveness for branded content has been tough for publishers. Vice has also partnered with a research group to offer more tools around campaign effectiveness.

In some cases, the success of branded-content campaigns is measured by comparing how well they perform in relation to editorial content using metrics like pageviews and time spent. Publishers that struggle to reach the scale needed for the campaign on their own platforms can buy traffic on social or through content marketers like Outbrain and Taboola, making metrics like pageviews less accurate. “We don’t have to promise high-volume traffic, so when it comes to further amplification in any form of paid social, we’re very specific and highly targeted about how we do it,” said Durrani.

For Bloomberg, revenue from content marketing has seen at least double-digit growth in the last year, but the company didn’t want to share specific details. Bloomberg’s content partnerships with brands often run for two to three years. Shorter branded-content campaigns may have more direct-response goals, like driving clicks or downloads, rather than overall perception change.

“Often our content partnerships aim to change the perception of a brand or change the way a particular demographic considers them, that makes it easier to highlight positive change,” added Durrani.